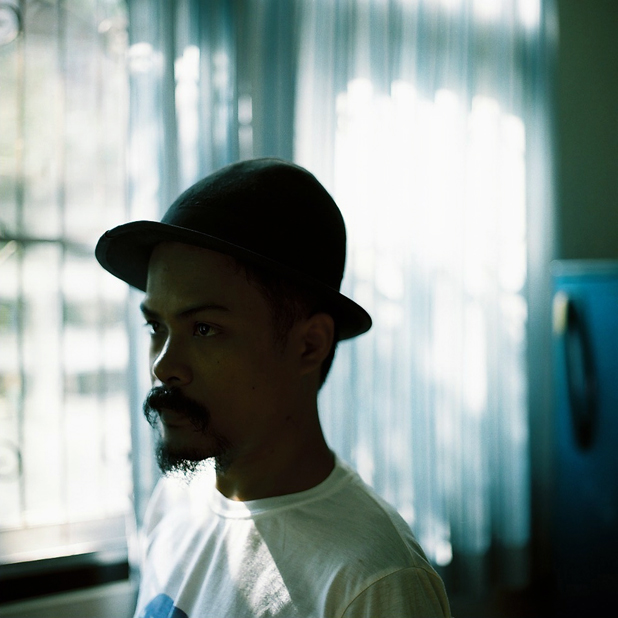 Getzo showed me his work at his studio. There was a pile of drawings which gave me melancholic and introverted impression – the shadow made of the minute texture by ball-point pens or pencils, downcast clouds or rain – in his studio. Getzo said, “I keep in mind just reflecting expressions of my mind on a canvas directly.” What made him feel in such a way? Doesn’t he worry to project negative emotions – uneasiness over the future or broken heart, the feeling such as impatience or rage that we can’t understand by ourselves – on his work for his living? “Not always did all of my arts create dark impression. Some of them express excitement or euphoria, but rather, people tend to sympathize with the negative arts of mine, strangely (laugh).” Well, later, in addition to the negative arts, he showed his arts in bright and tender coloring, too. Then, I thought the way of understanding or feeling varies according to each person, yet perhaps, a negative mind might sometimes create a stronger expression than a happy and satisfied mind does. While I was playing with a cat, Getzo began drawing a picture at desk as usual. Where does his mind exist now? 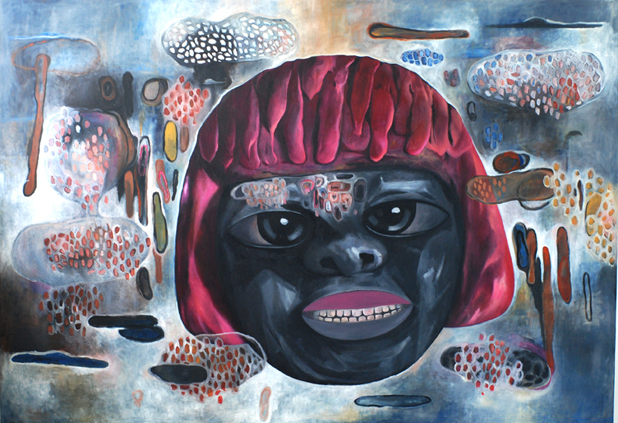 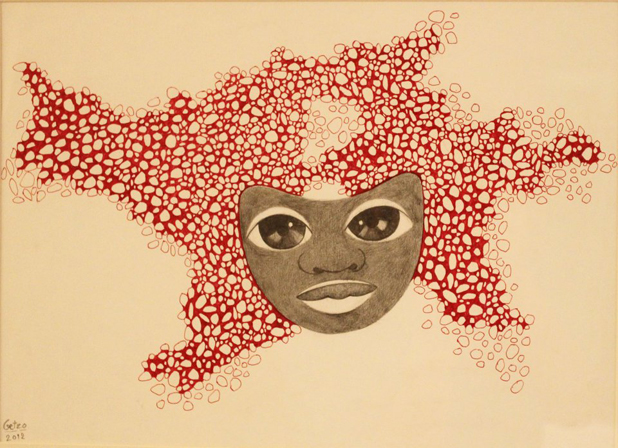 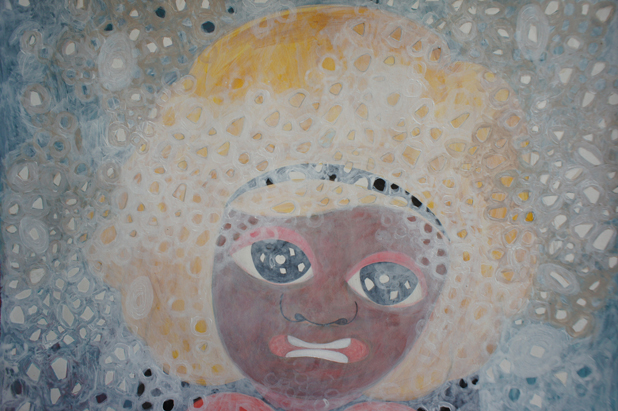 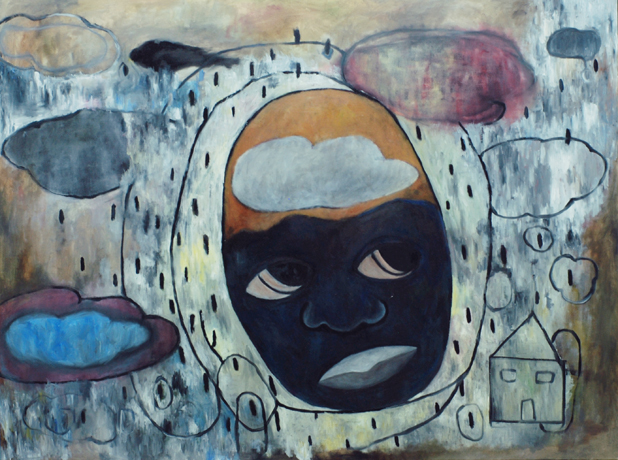 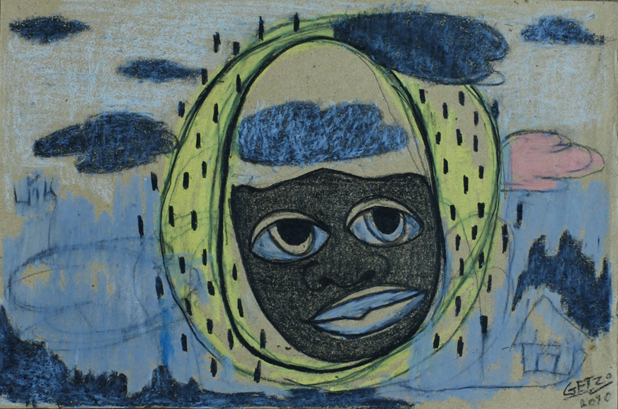 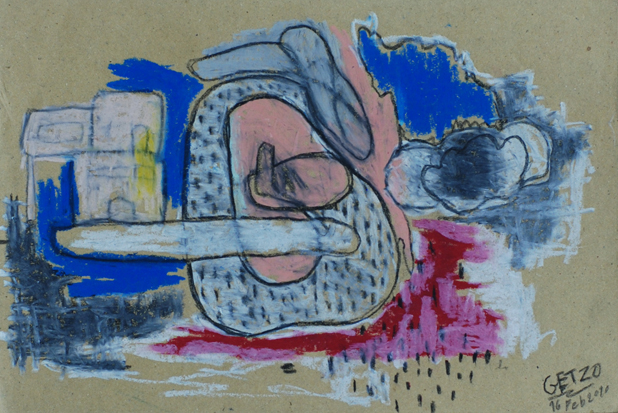 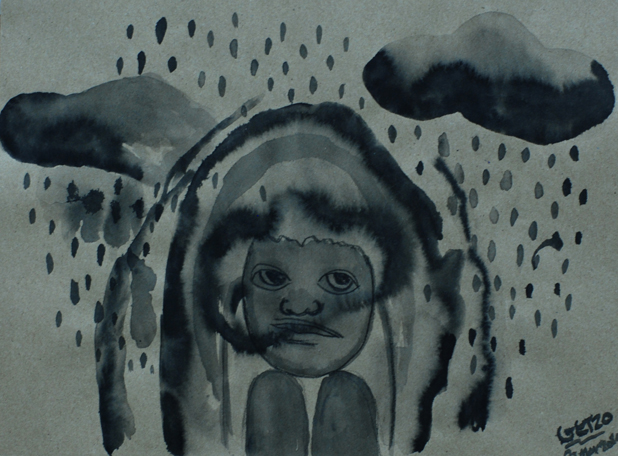 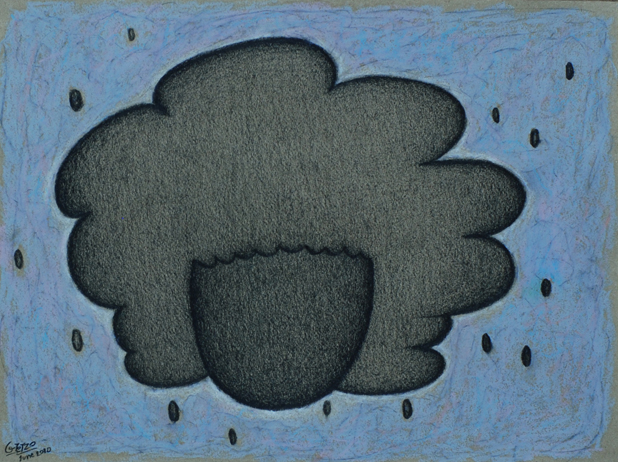 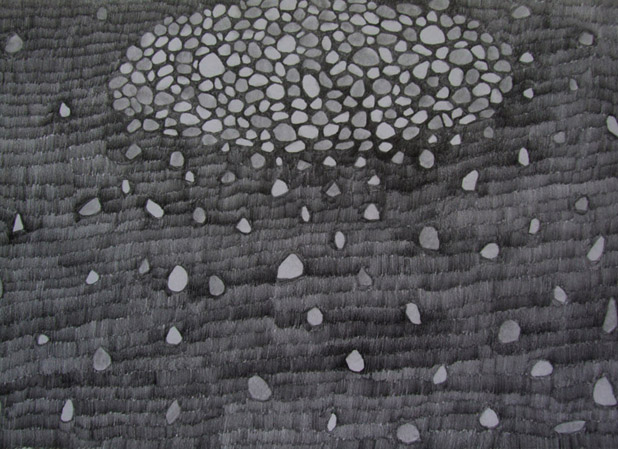 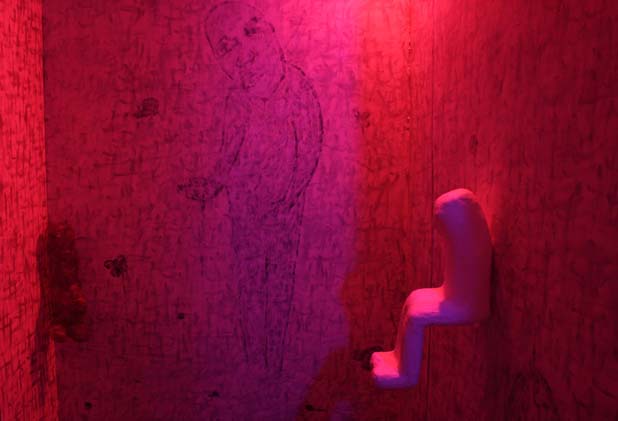