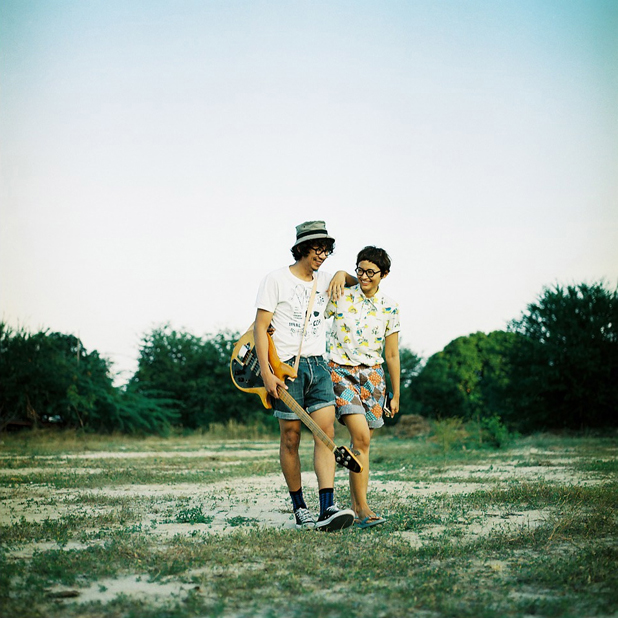 “Don’t you get nervous? You’re very famous now.” Lolay answered, “Never. Ideas or inspirations occur one after another. Then, I get engaged in them immediately. If it doesn’t go well, I’ll launch another. That’s all. I’ll never make the same mistake, though.” Lolay is now addicted to his SNS, instagram (lolaytoon), on which he updates his drawings every day. The daily things, such as boiled eggs or bananas, are converted into arts on canvas by him. I asked him to show the idea notebook of his. It was full of curious notes which would be origins of his idea. Without feeling pain to give a birth to an idea, he is welcome to a new idea one after another. As a creator, I envy his generous talent. He shows his style to create his art with fun openly – it may be one of the reasons Lolay are popular among people. A fresh PV of a band he belongs to, “Happy Band,” shows this fact obvious that Lolay enjoys himself doing everything fully. 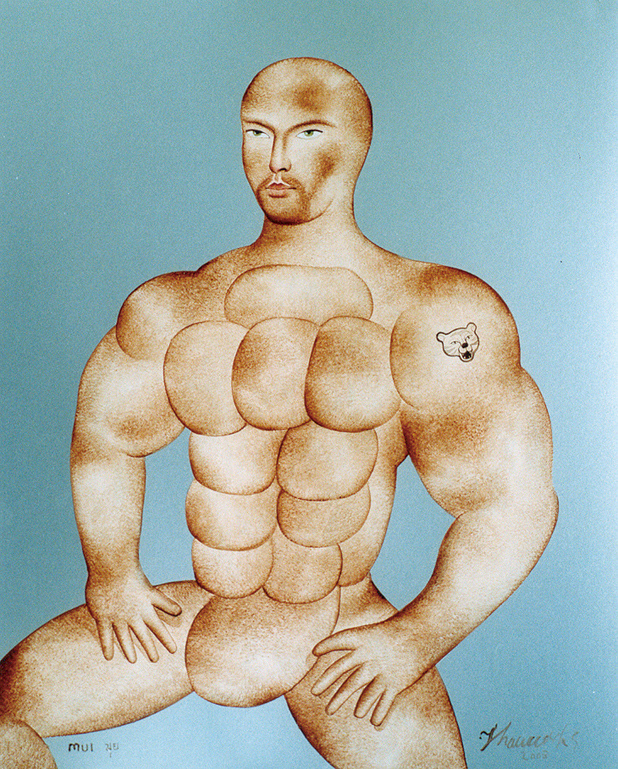 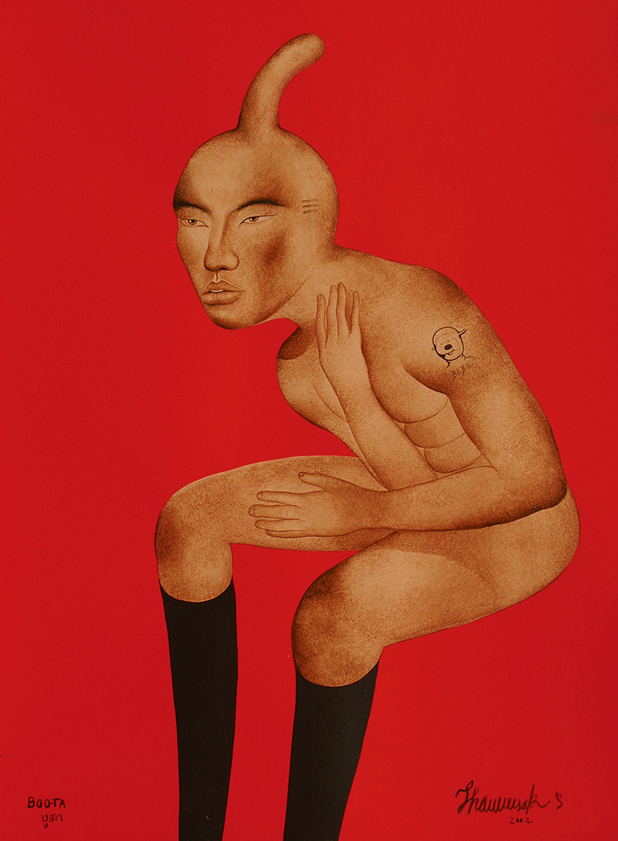 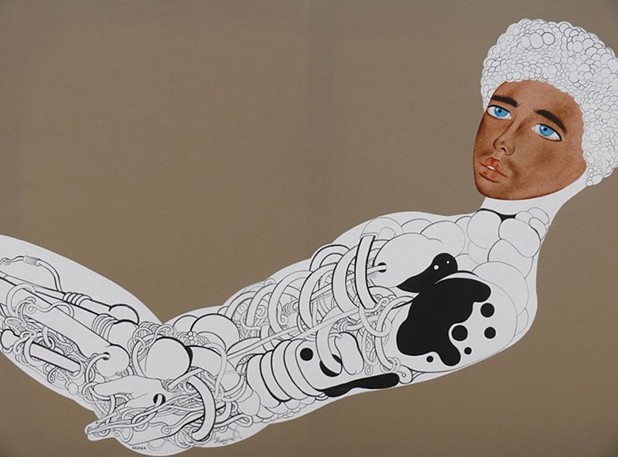