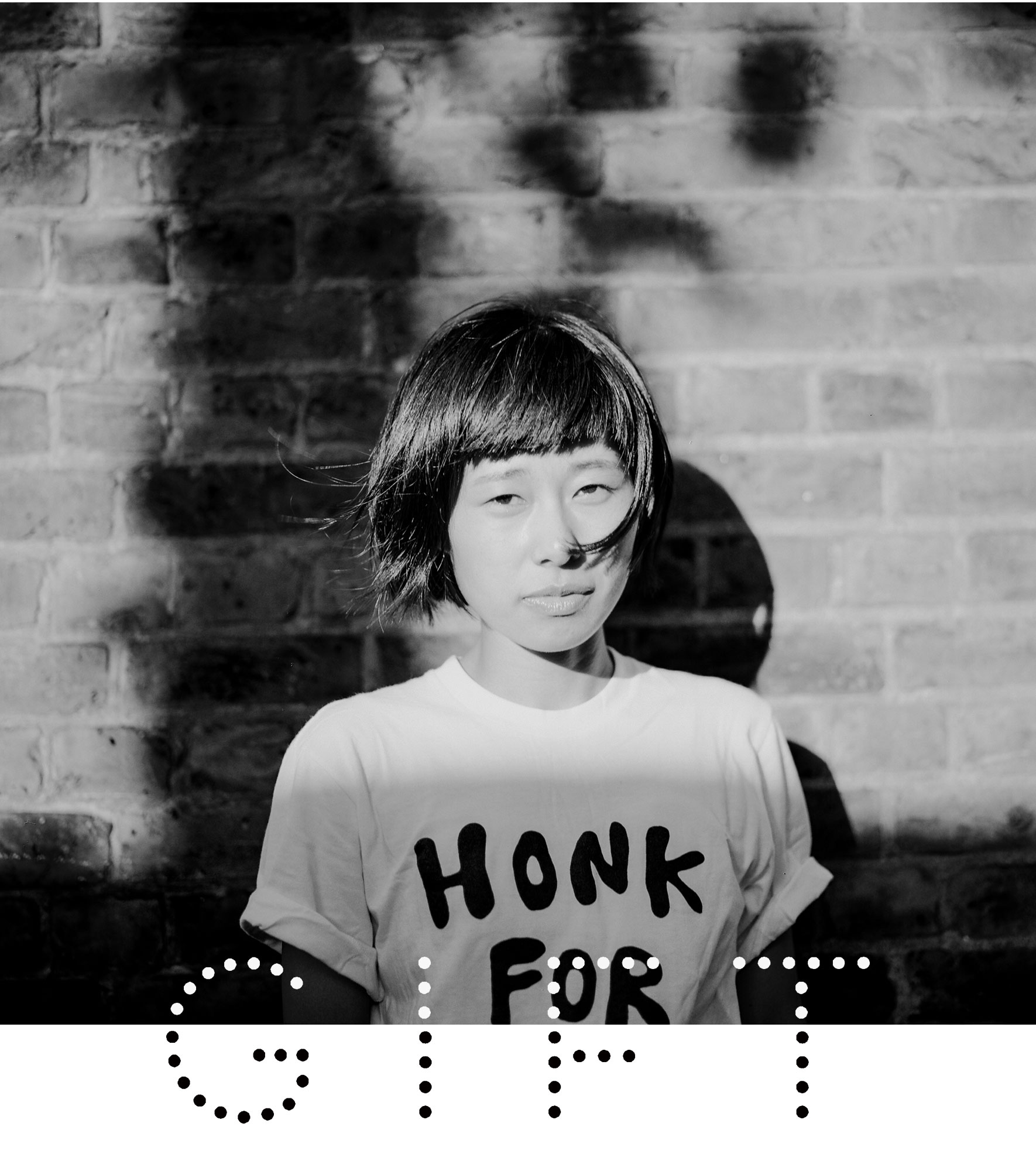 Chie Miyazaki is an artist based in Camberwell, south London. The illustrations and ceramics she creates overflow with a love and admiration for nature and its creatures. Raised in a pottery studio in Saga prefecture, Japan, Chie spent 8 years in London making her art come to life. Here’s an intimate look at the things Chie thinks about today. 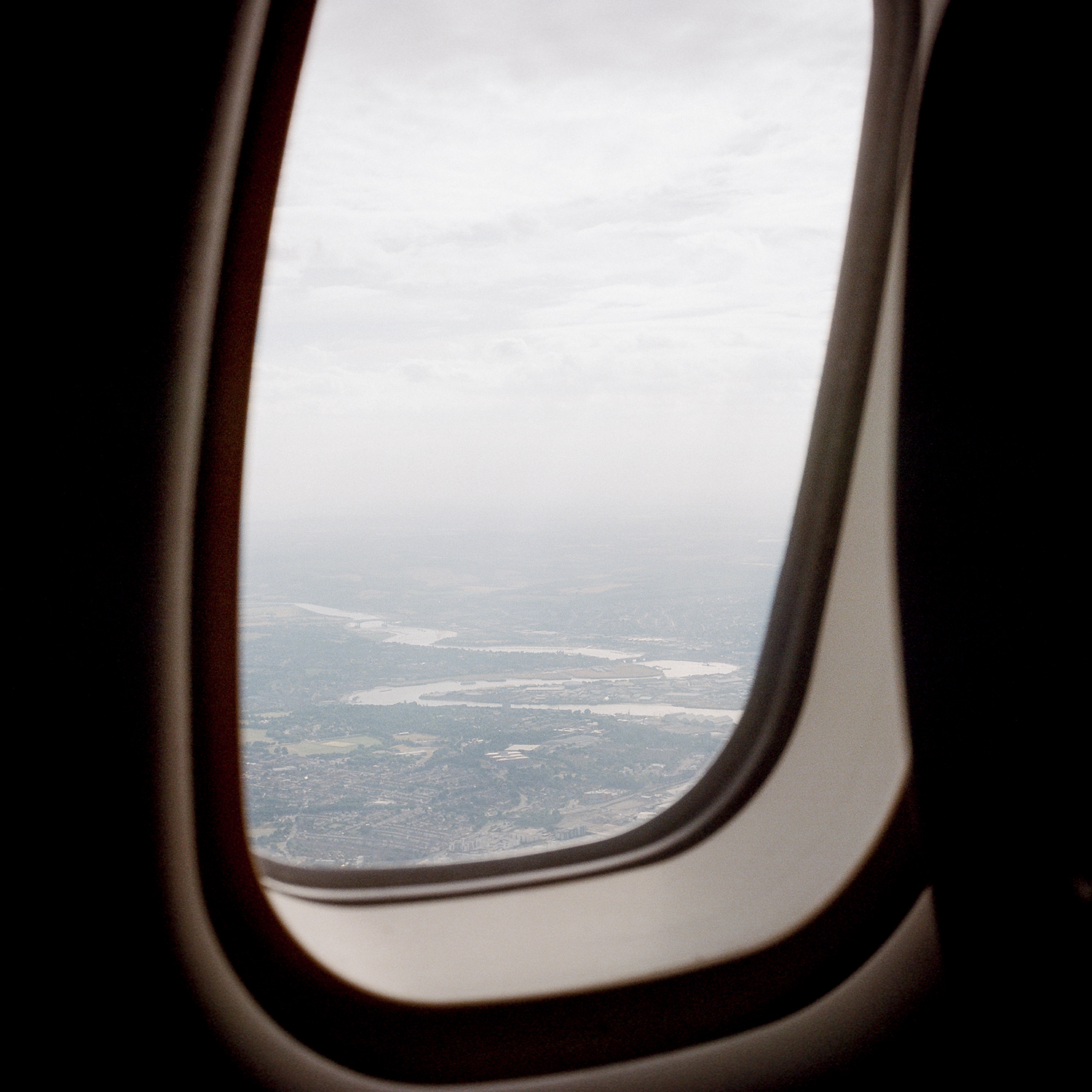 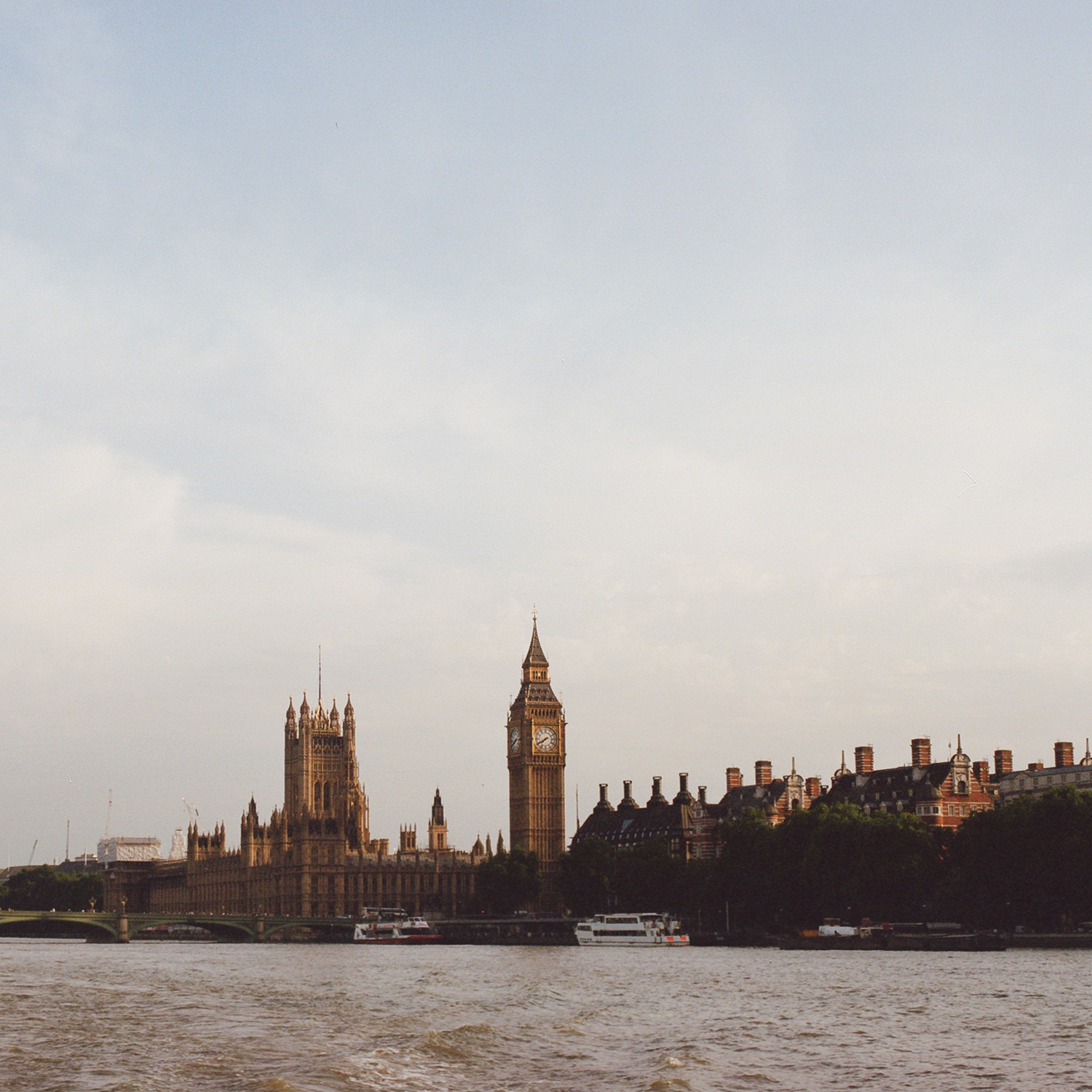 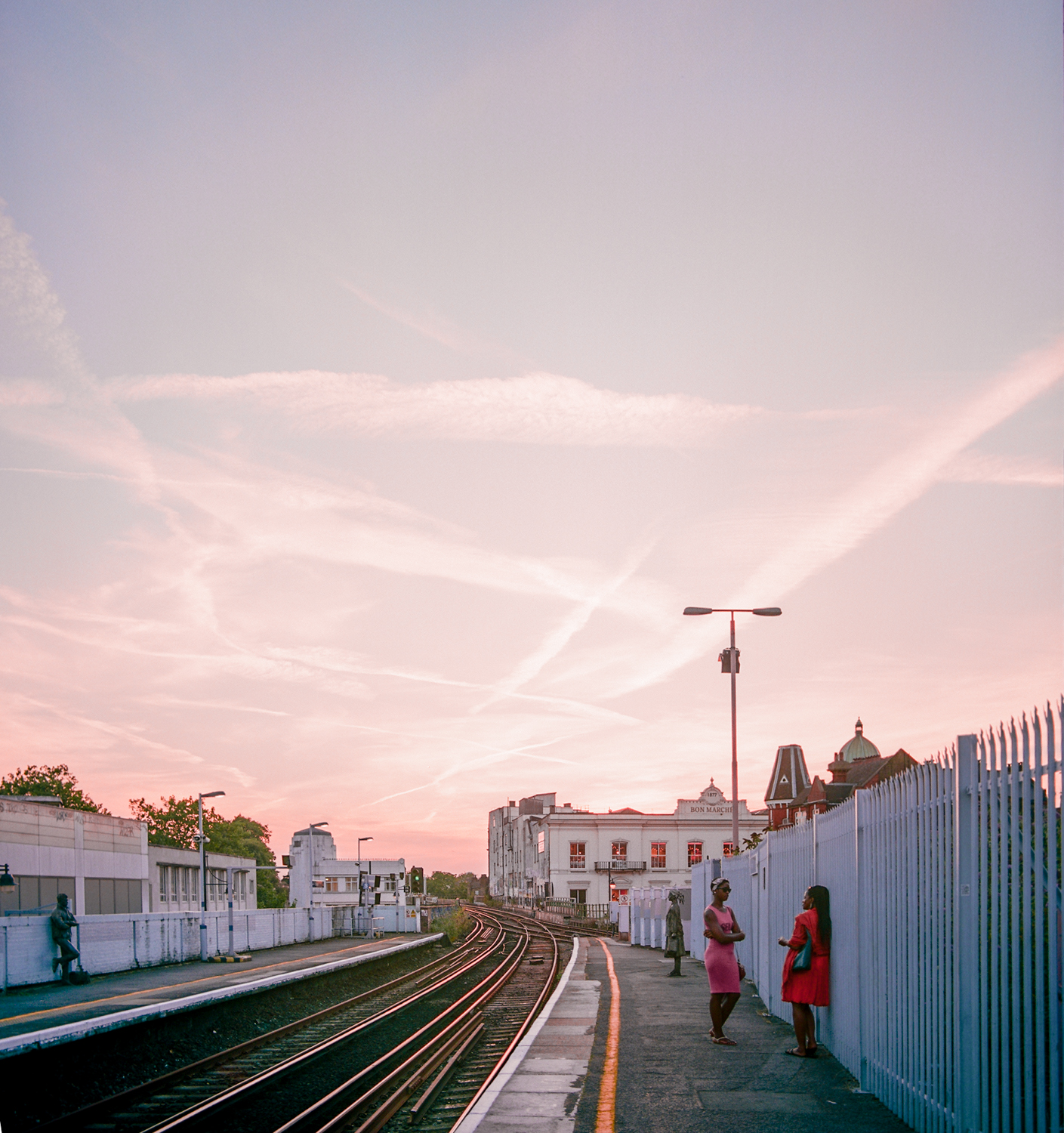 Camberwell in southeast London has its own active community of art students and inspiring storefronts that give the area its distinct character. Once crime-riddled, Camberwell has been transformed into a charming home to the South London Gallery, numerous design studios and letterpress, and unique coffee stands and bars. Artist Chie Miyazaki graduated from Arita Technical High School in Saga prefecture, Japan, with a focus in design. She moved to England when she was 19 and studied illustration at Camberwell College of Arts. Upon graduating she began her activities as an artist here at Vanguard Court Studio in Camberwell. “The mentality present here in London has affected my work greatly. Every aspect of this city is diverse including race, culture, religion, economic status, inequality and gender. That gives tremendous freedom to an artist and I think is a very important thing,” says Chie as she walks through the studio grounds, introducing us to fellow artists as she goes. Seamlessly switching between English and Japanese with a Saga dialect, each step she took seemed to exude confidence and deep strength. 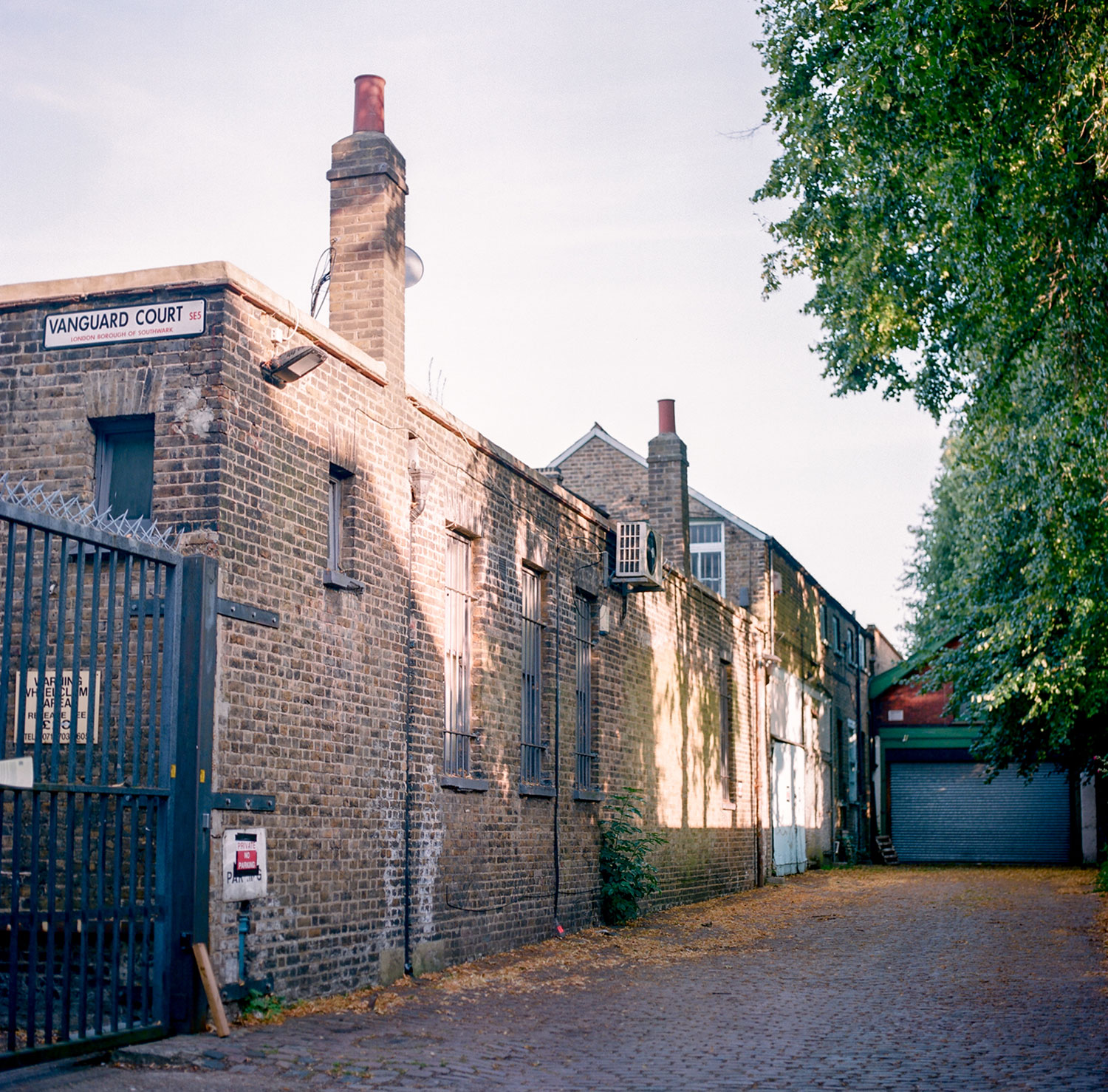 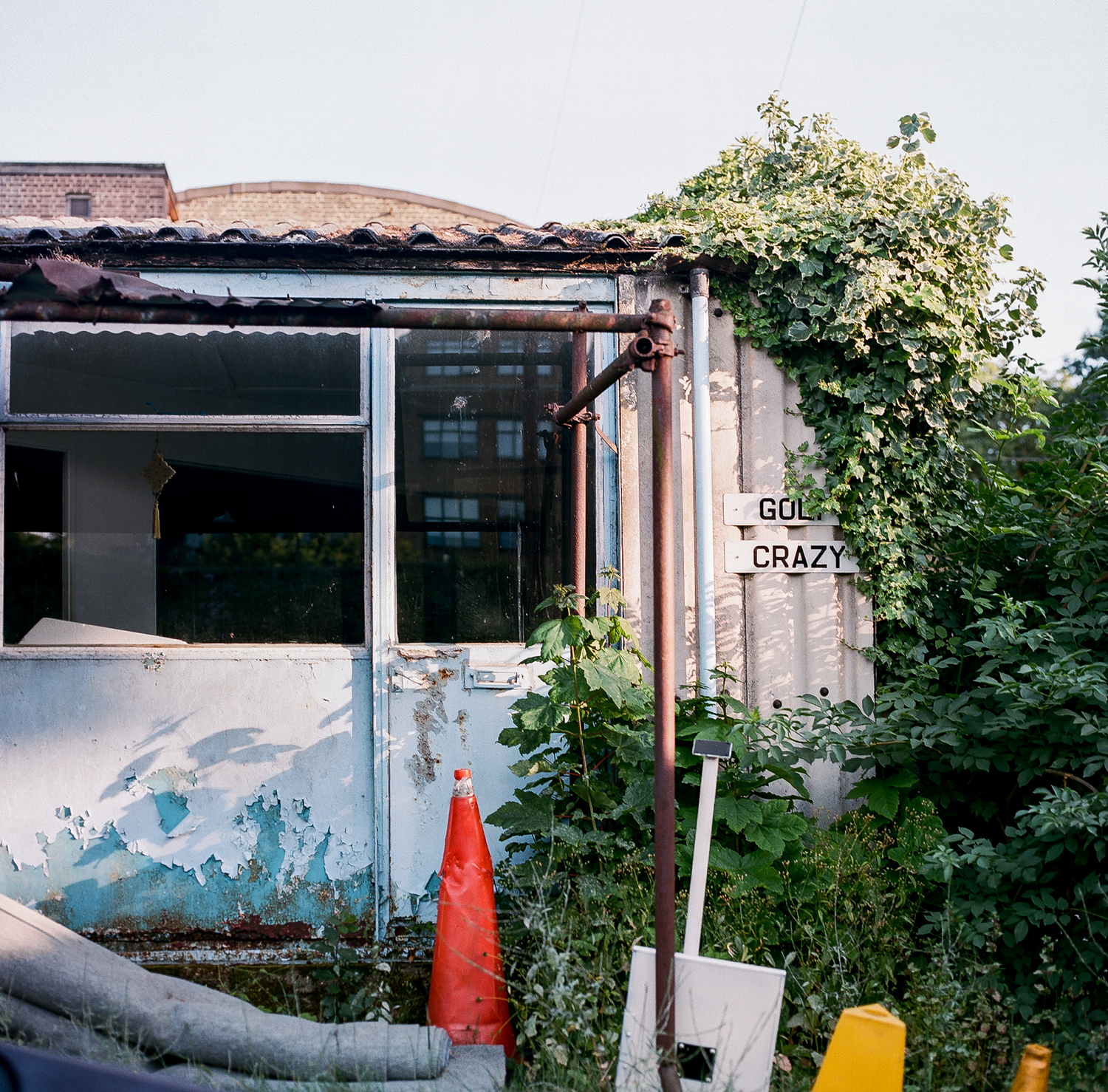 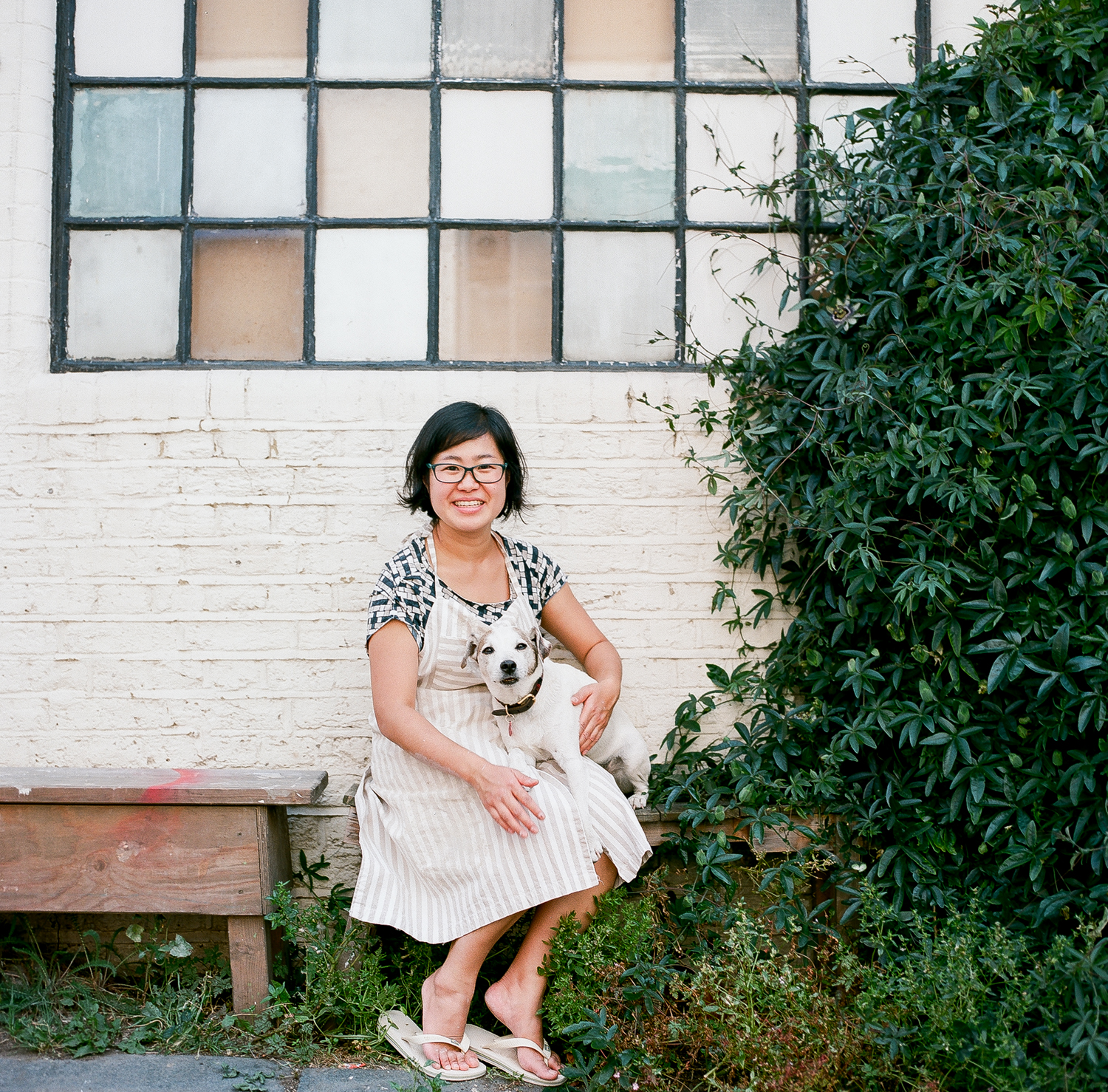 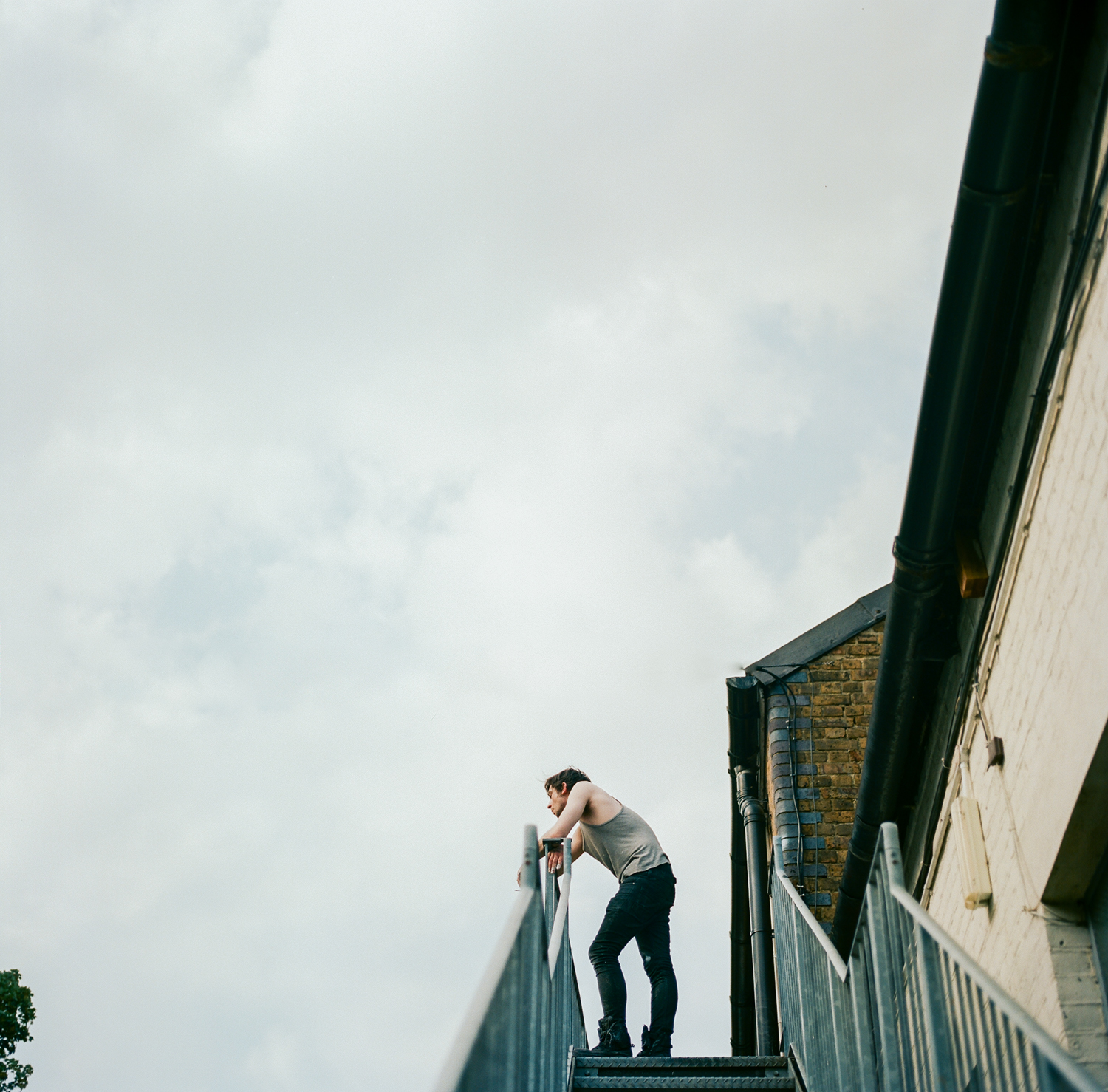 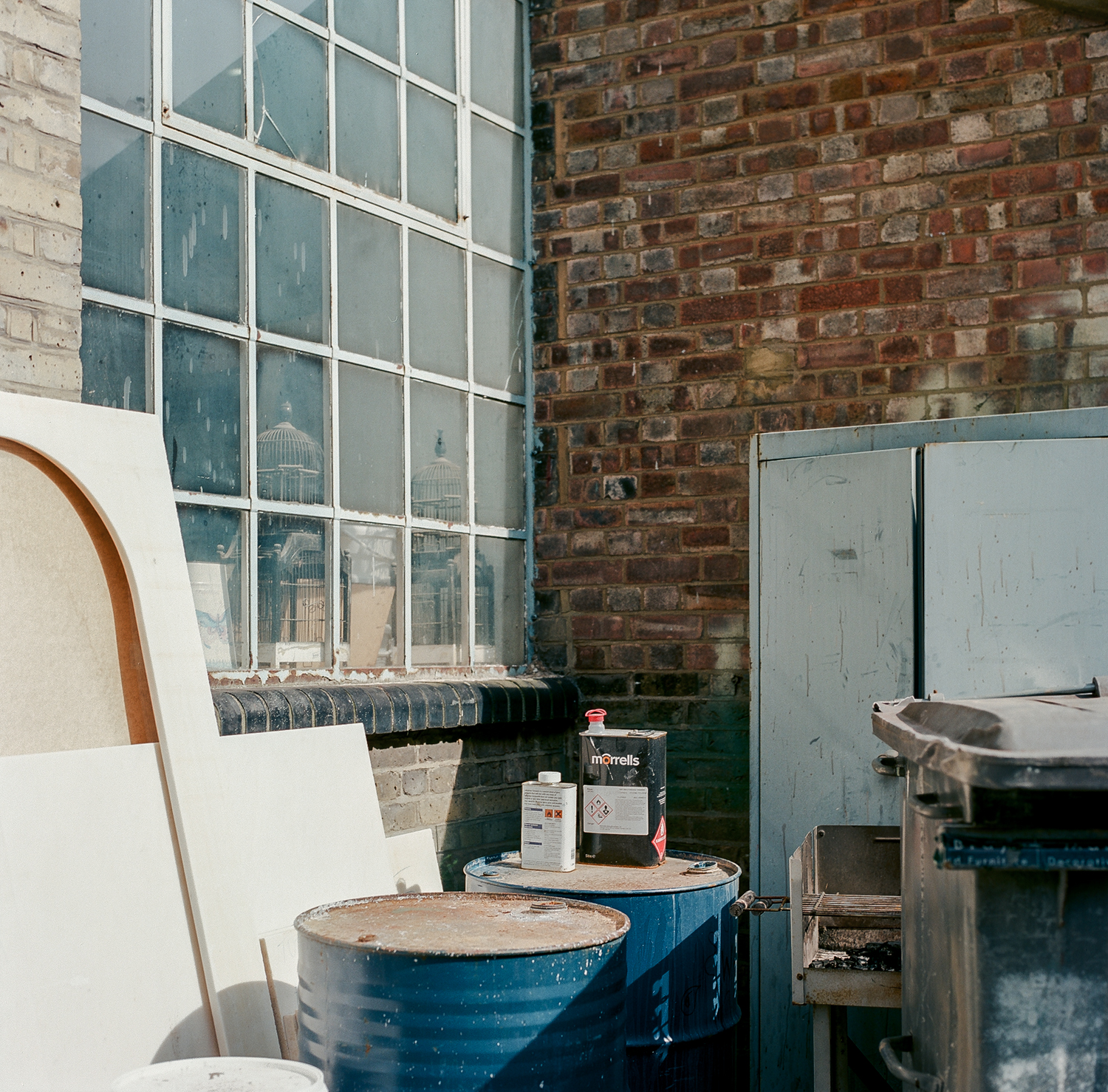 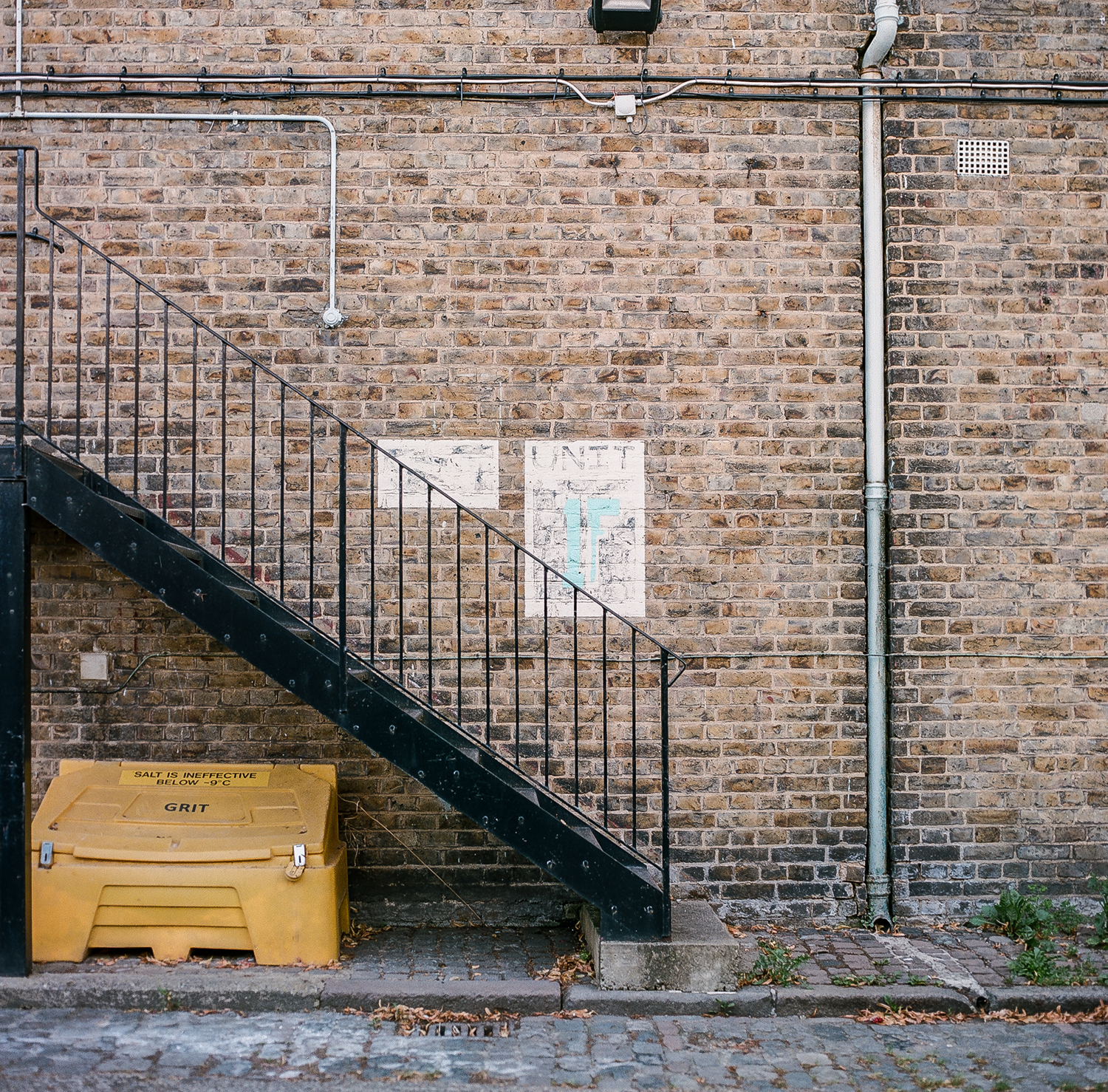 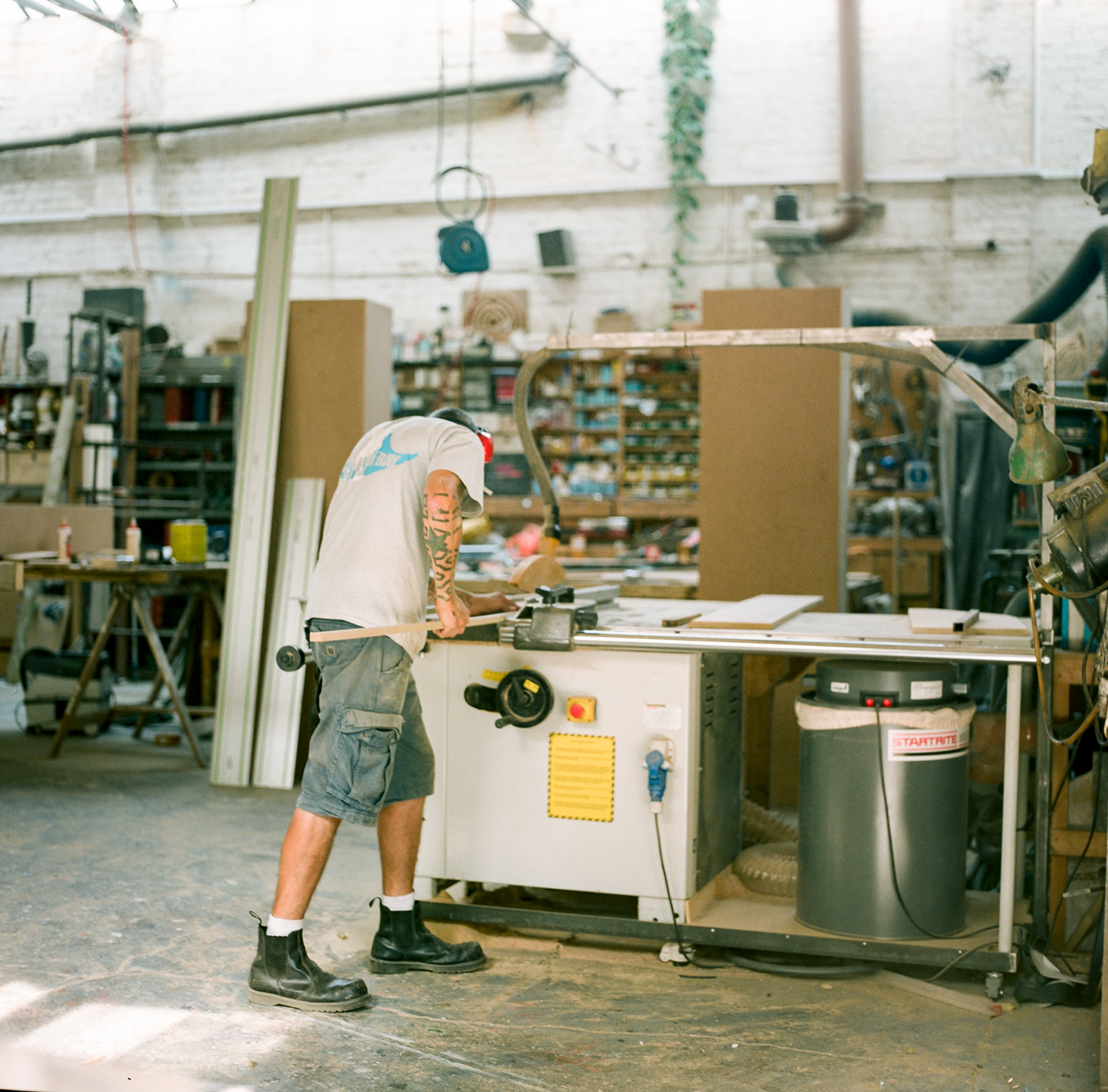 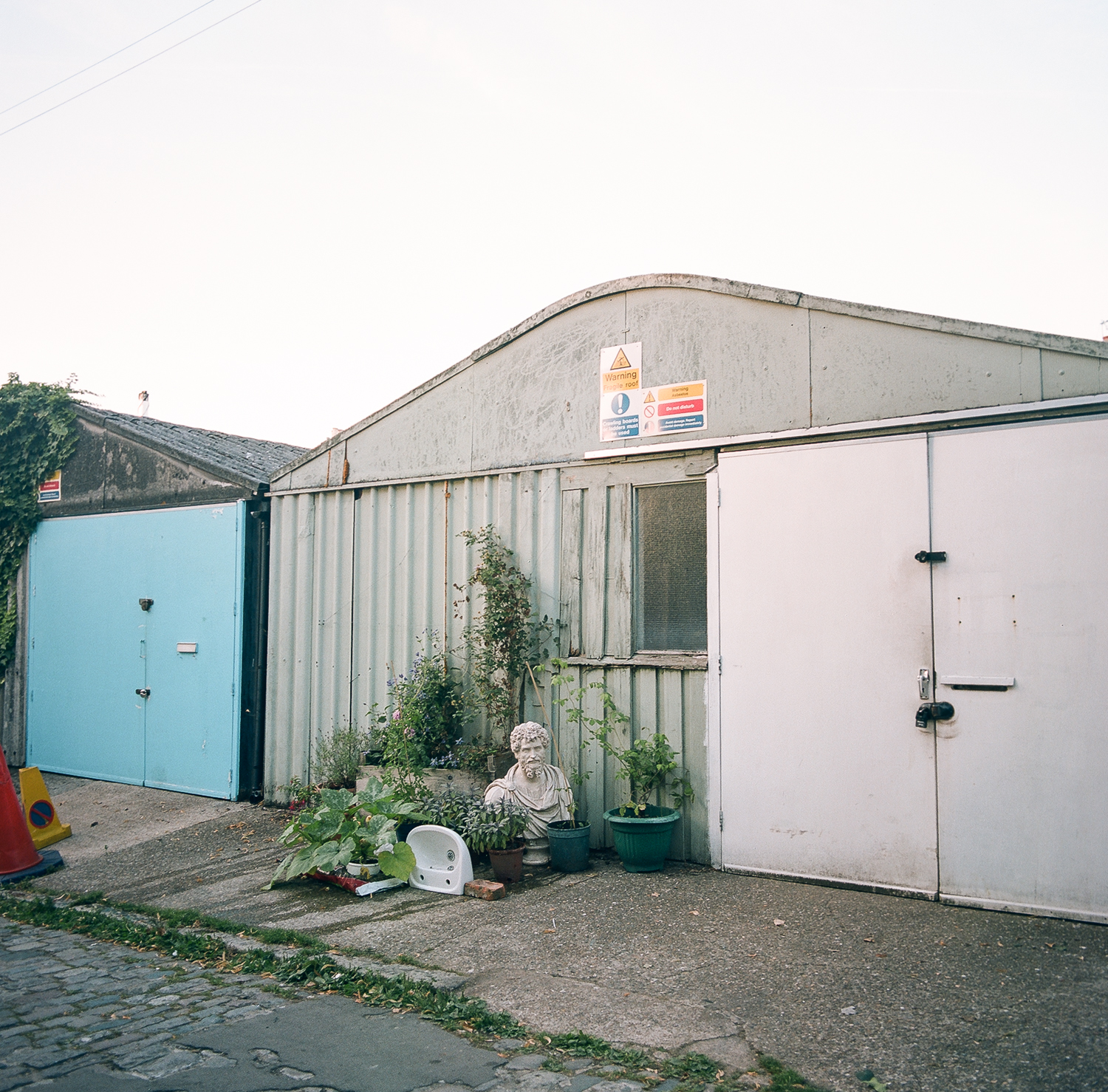 Born in an area famous for ceramics and raised on a pottery studio, Chie’s childhood was closely linked to the surrounding nature and the ingredients for her parents’ art: clay and soil. “My parents have always had a pottery studio, but never pressured us kids to follow in their footsteps. I think the reason all my siblings and I still make pottery is because we saw the backs of our parents enjoying what they do,” explained Chie. On days off they often had visitors so they didn’t go out very much as a family. Instead of going to an amusement park, her parents would take her to art museums or galleries. Instead of toys, she played with clay. Her use of earthy tones and her naïve sculptures with natural lines… Chie’s ceramics have a lovely and distinct quality that cannot be imitated. Her fond memories of home are at the core of her creations, breathing a sense of nostalgia into her humorous characters. 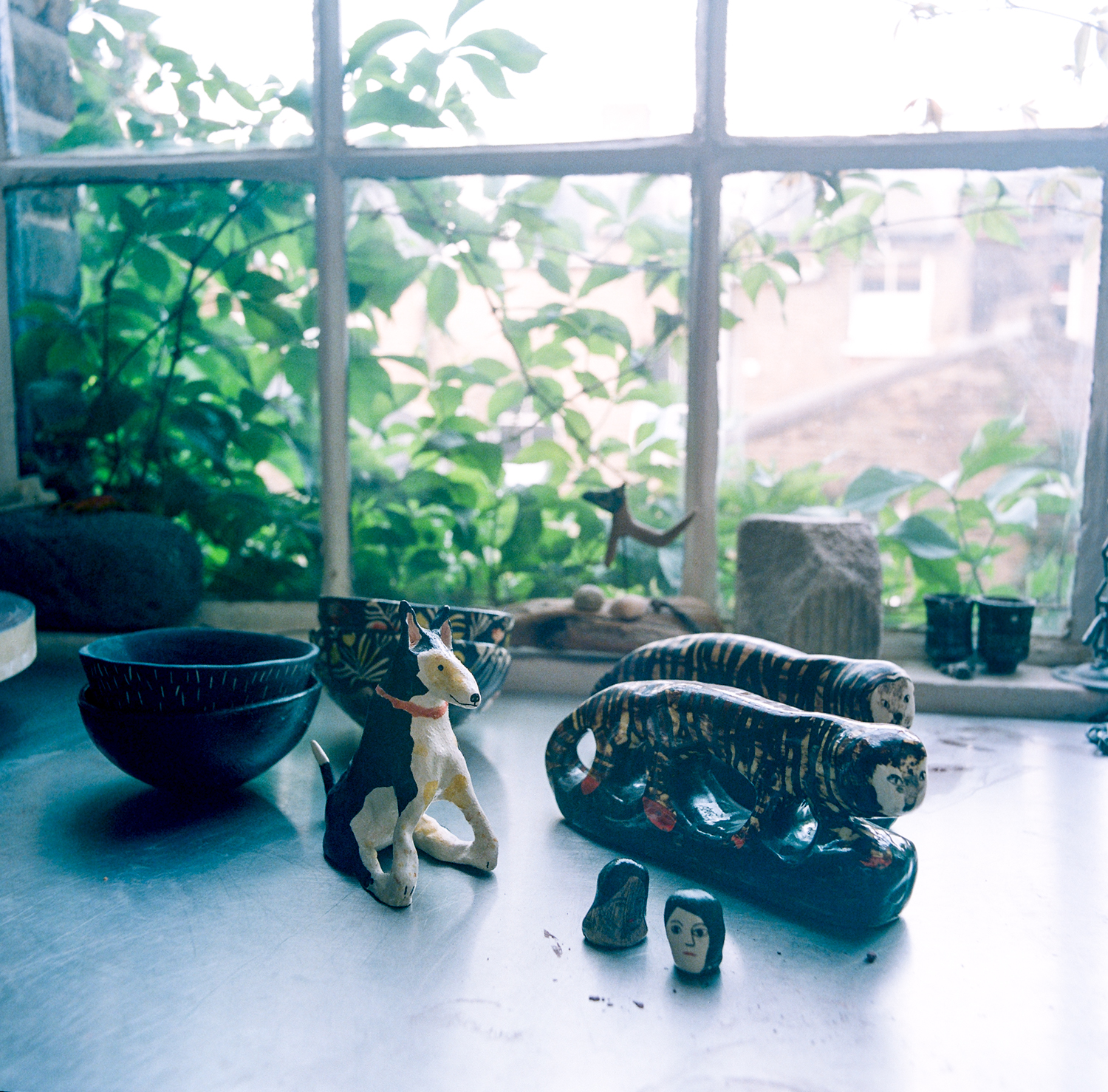 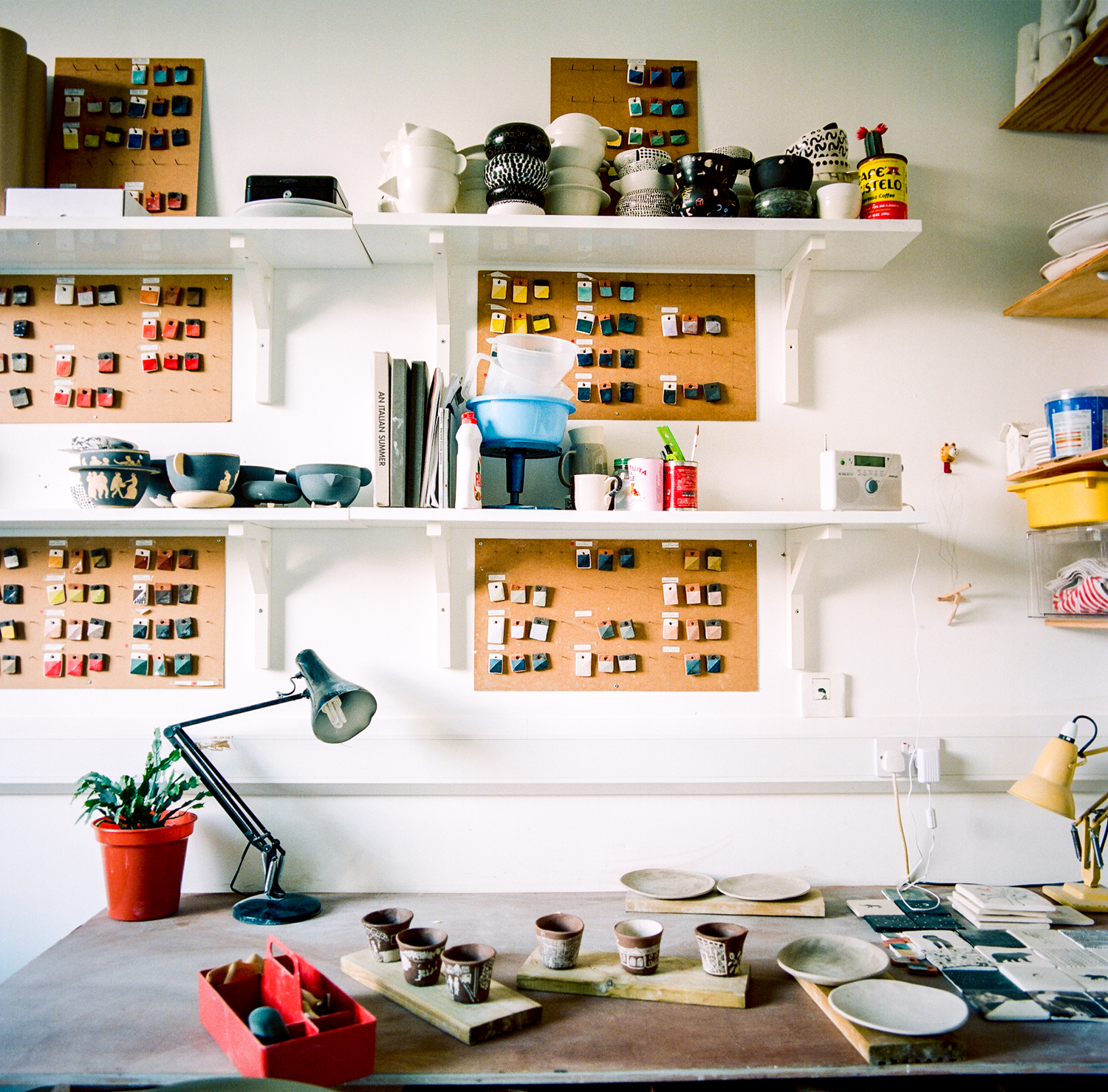 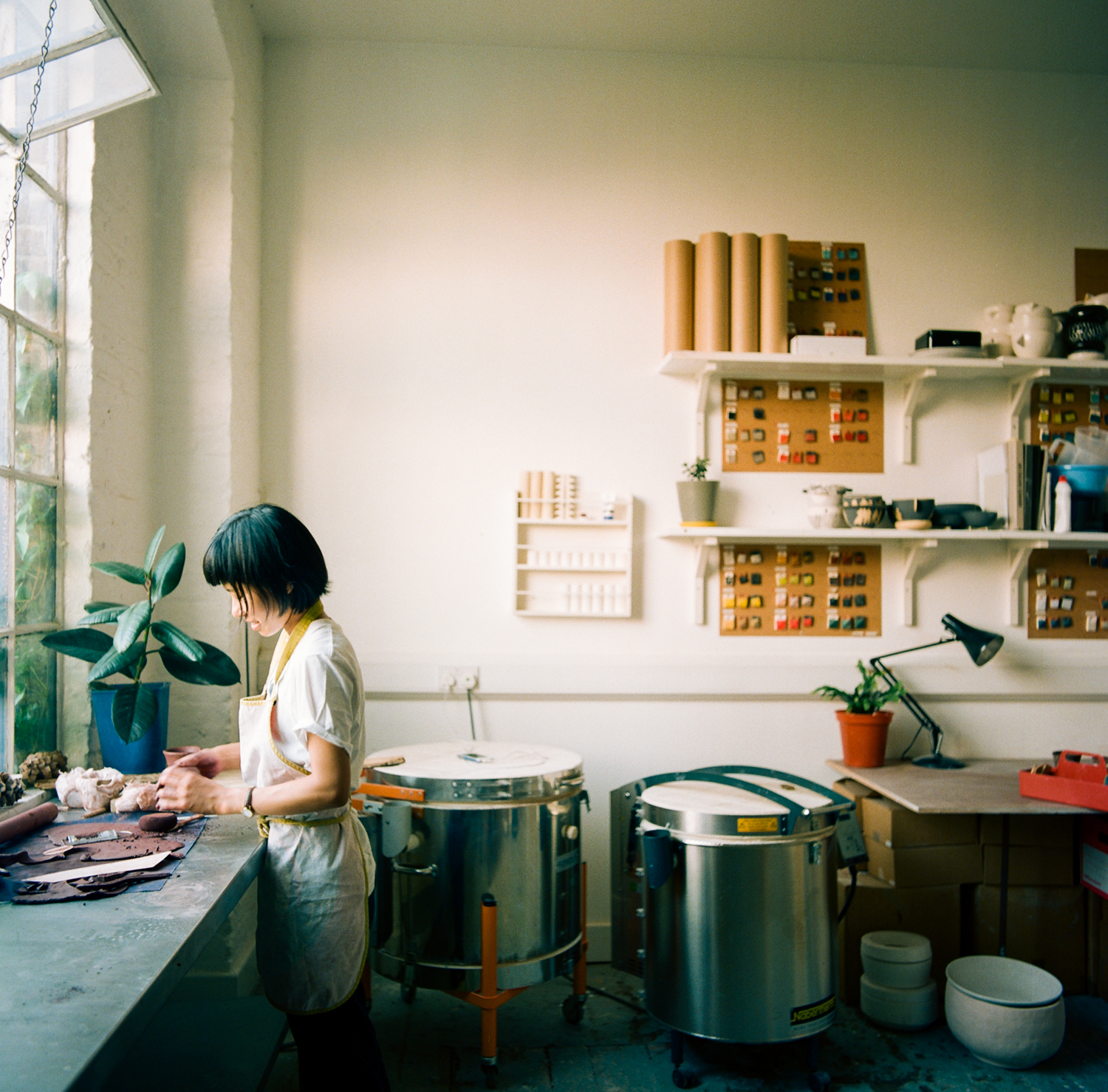 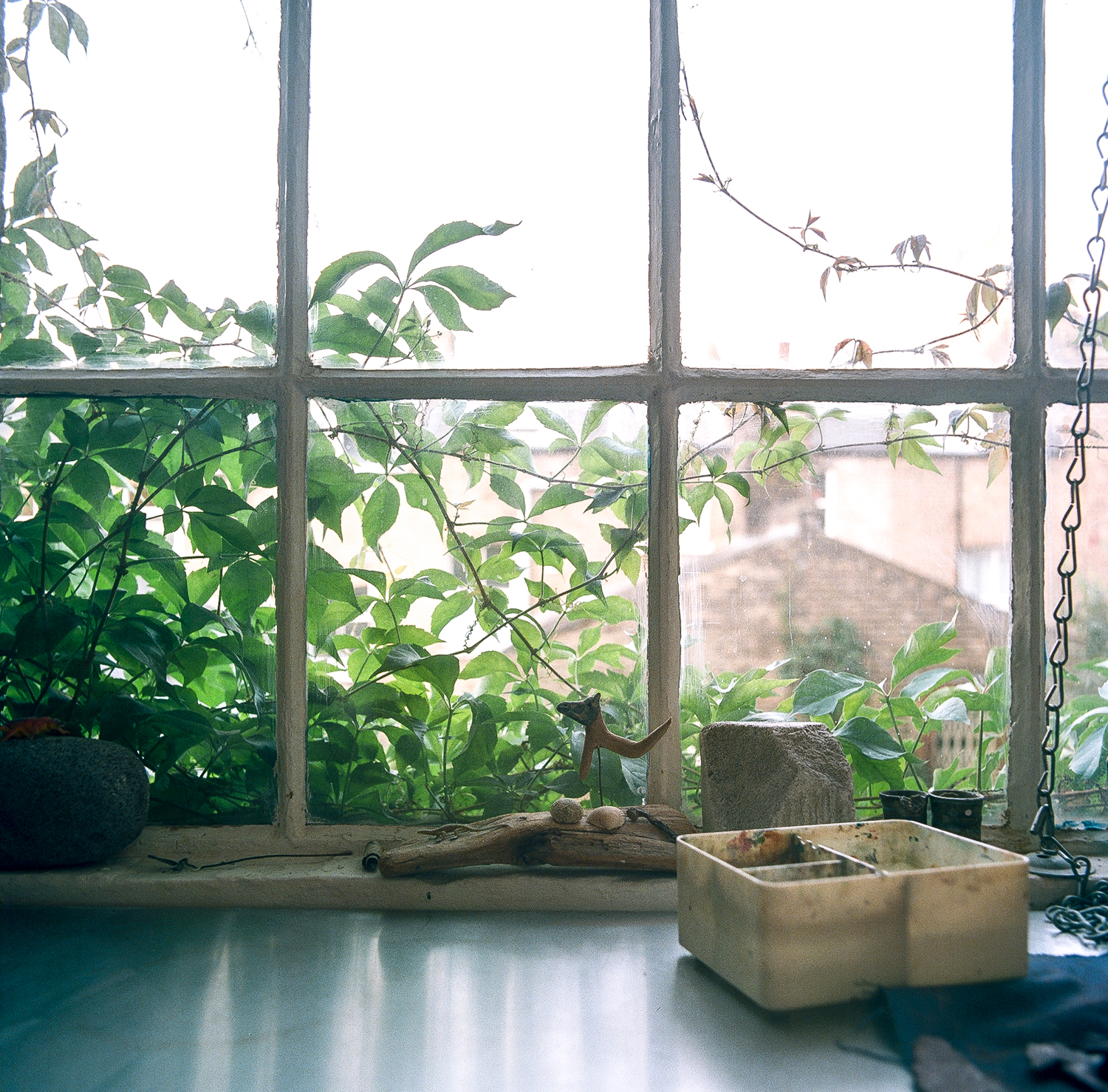 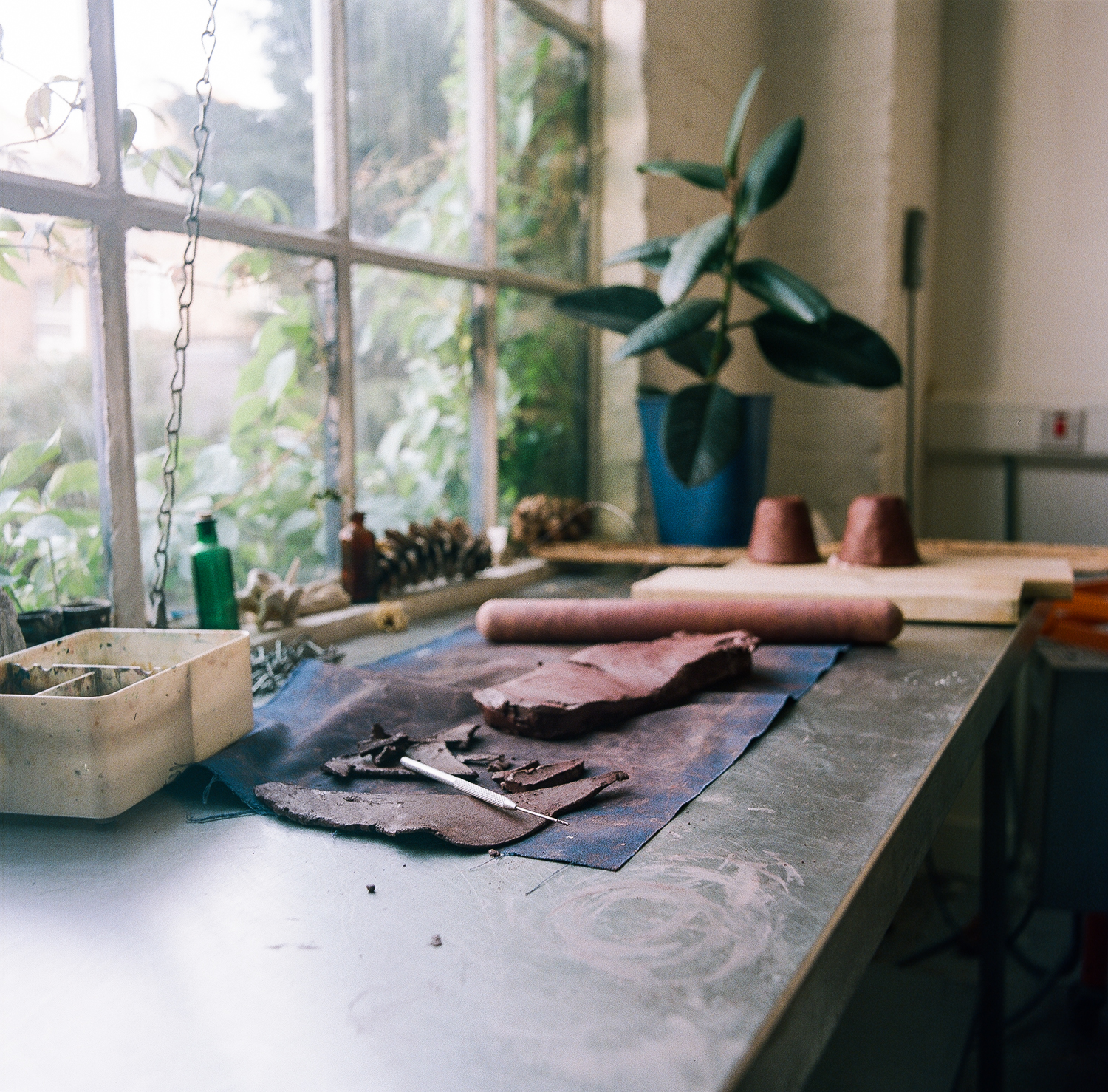 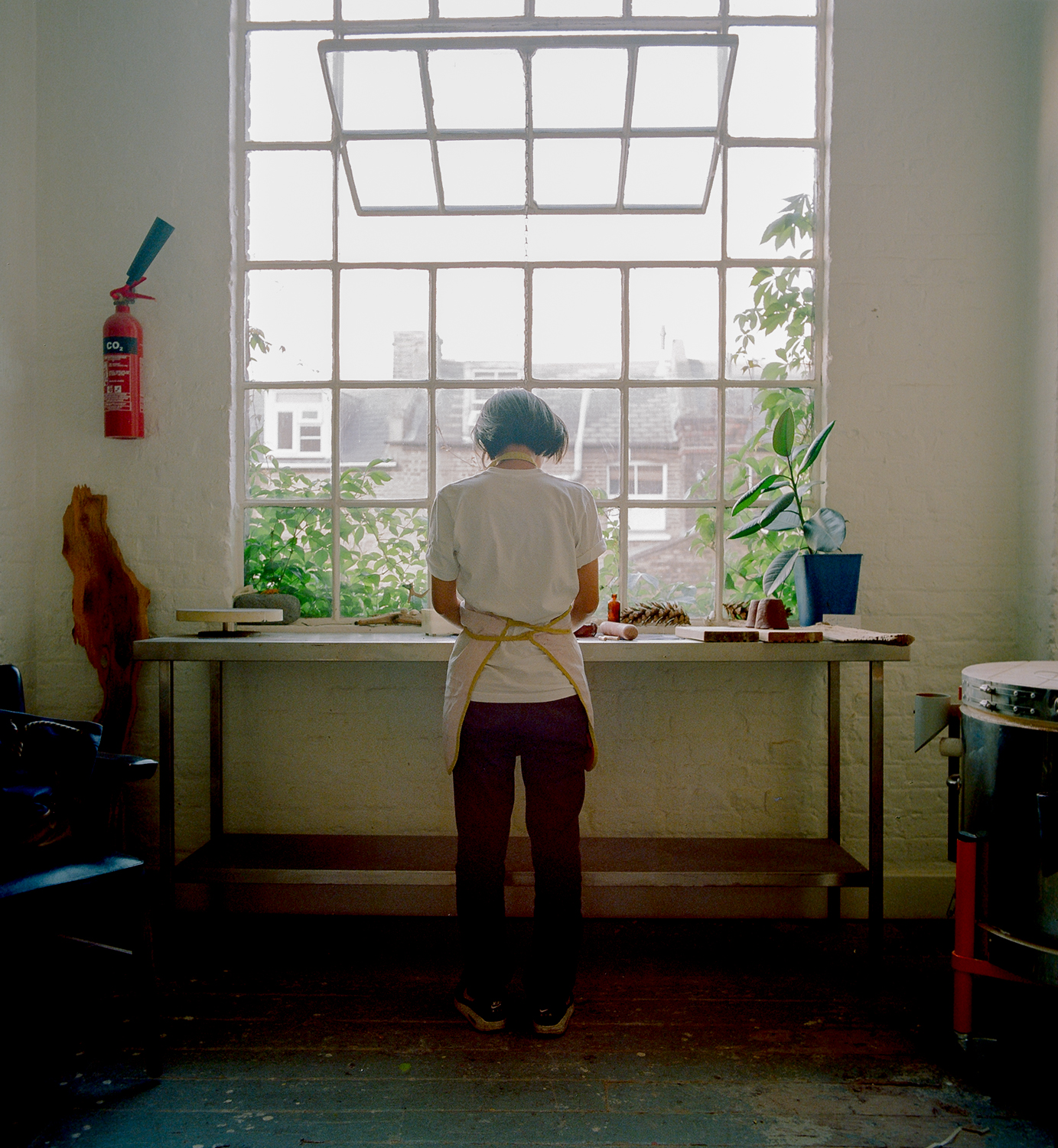 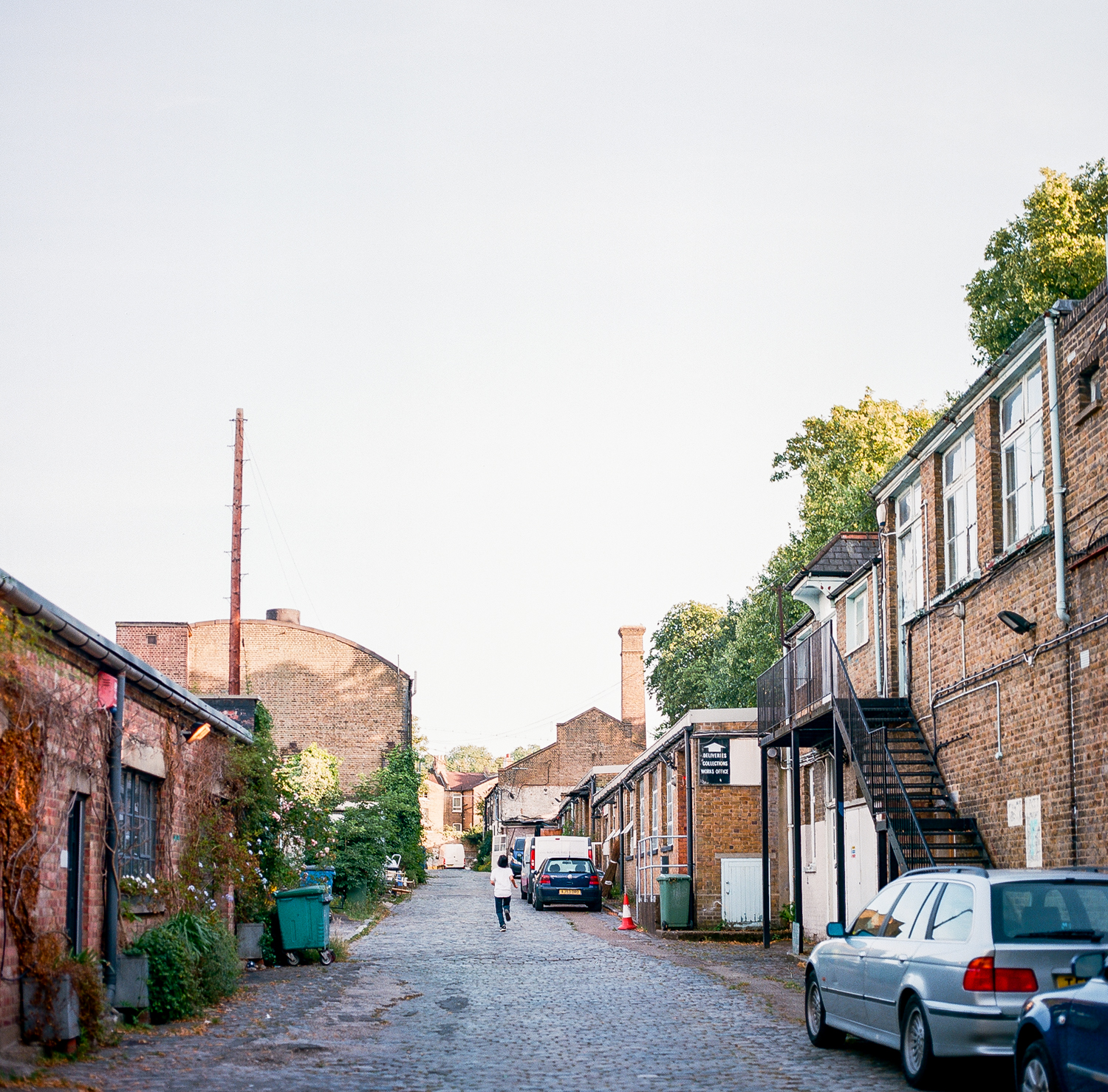 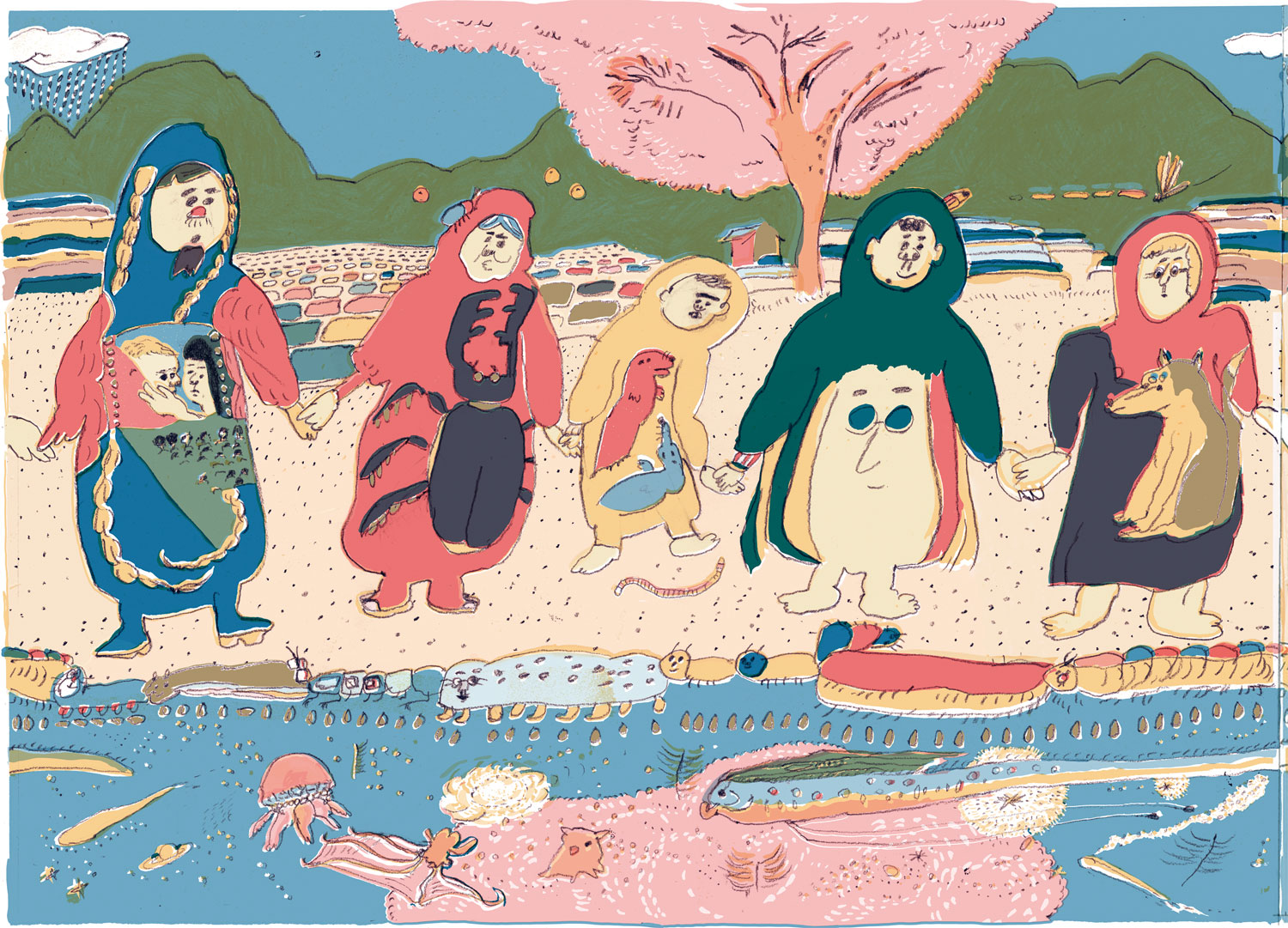 Chie incorporates an animal motif into many of her works. “Communicating with people through art is a lot like connecting deeply with animals. Brilliant art can express beyond words. It appeals to the innate part of the human psyche and elicits an emotional response. That isn’t something that can be fudged or faked. It’s the same with a relationship between people and animals; without good intention and true feeling, communication becomes difficult. In the way that two raw essences connect, I think art is similar to the relationship between man and beast.” Chie’s sister Chihiro, who lives in Saga, Japan, is part of “Chiechihiro”, an art unit they created together. They support animal rights projects through the art they make. What is the motivation behind these social efforts that parallel their artistic activities? “Because animals don’t speak our language, they are victims of modern human society. I believe true wealth cannot be attained while animals as well as more fragile members of society are completely ignored. If art is the pursuit of cultural and mental wealth – not economic or material wealth – then I think we have to include those animals and people as a whole in our idea of society, or else we aren’t creating art that is true.” 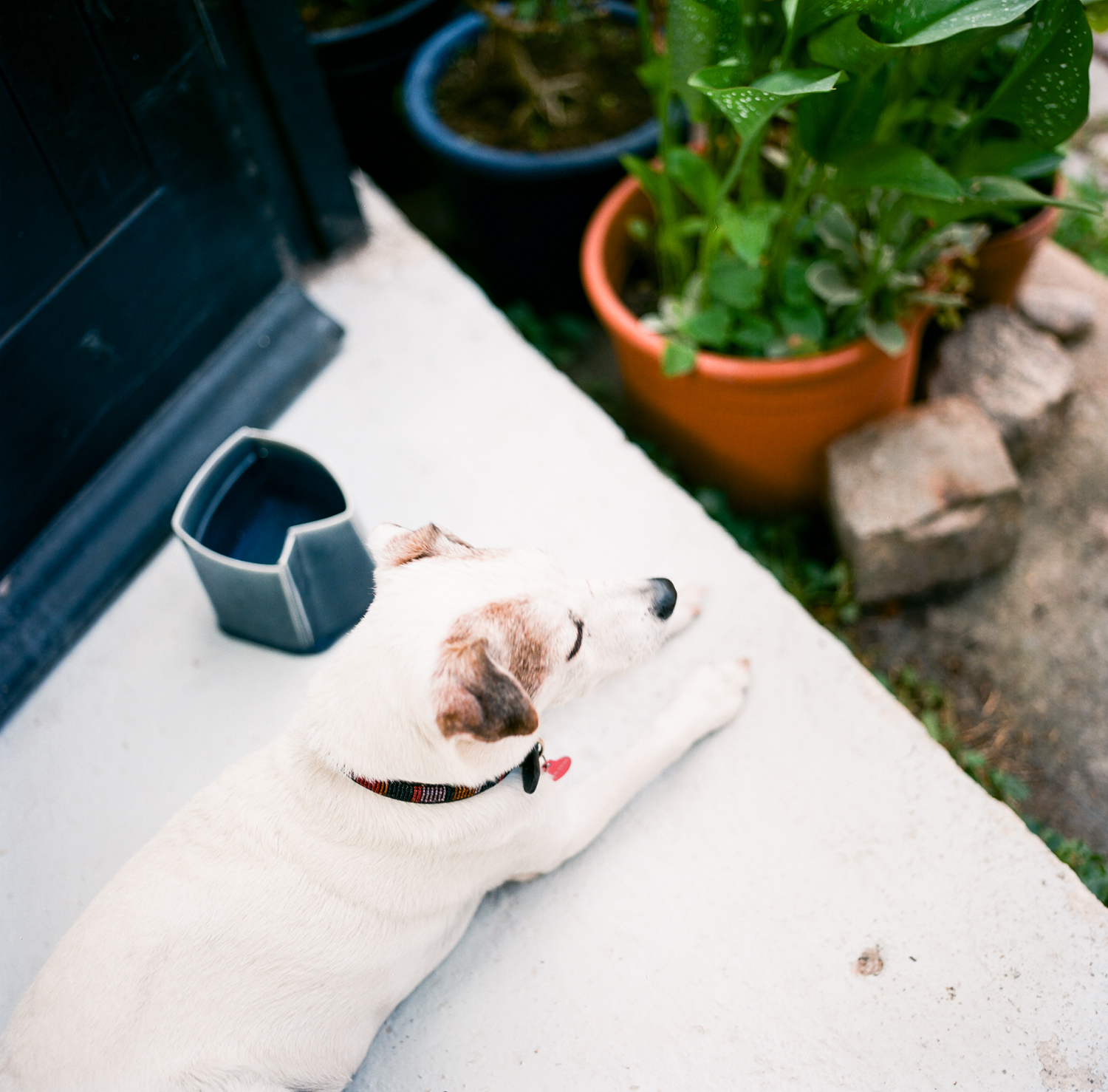 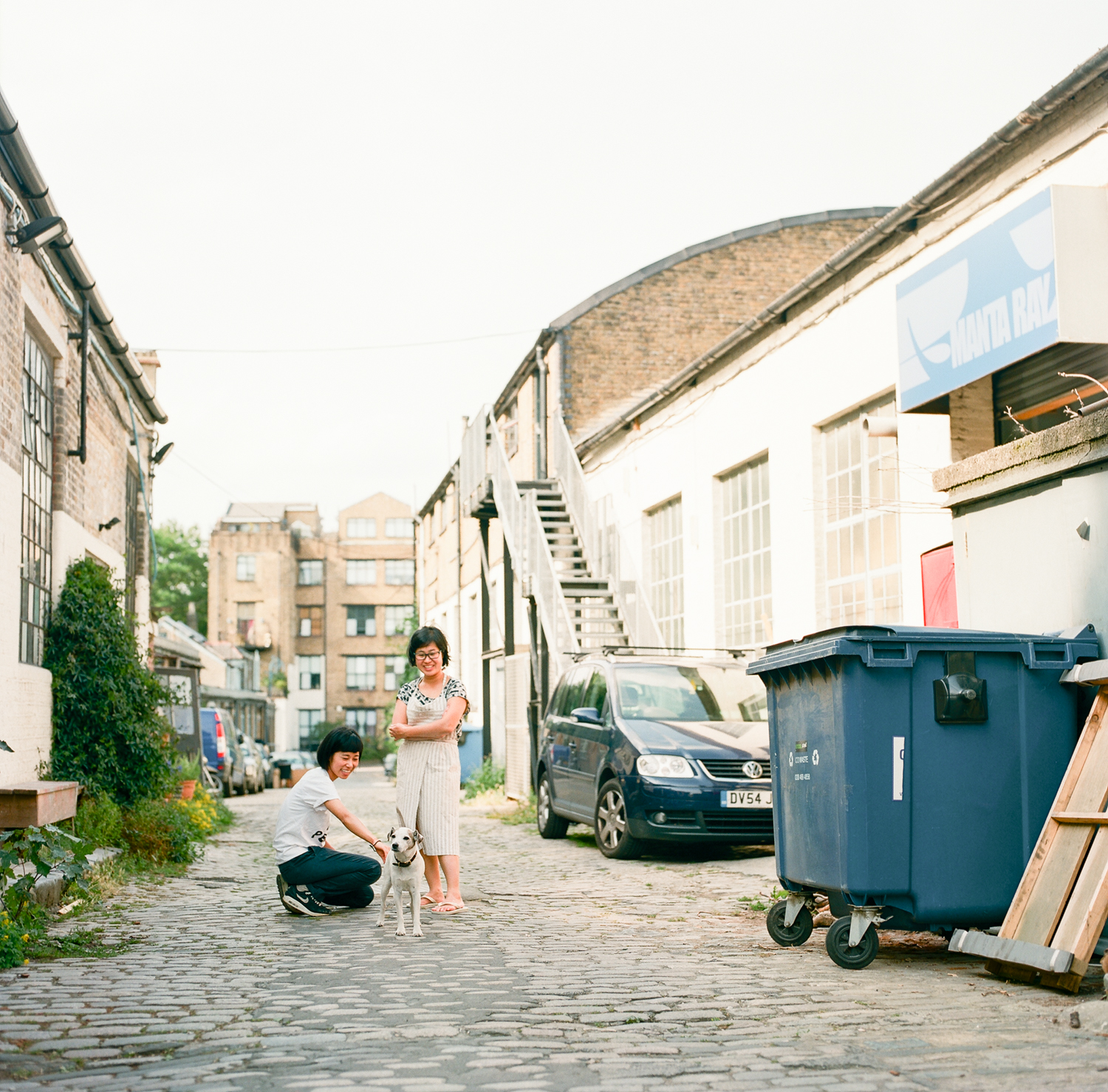 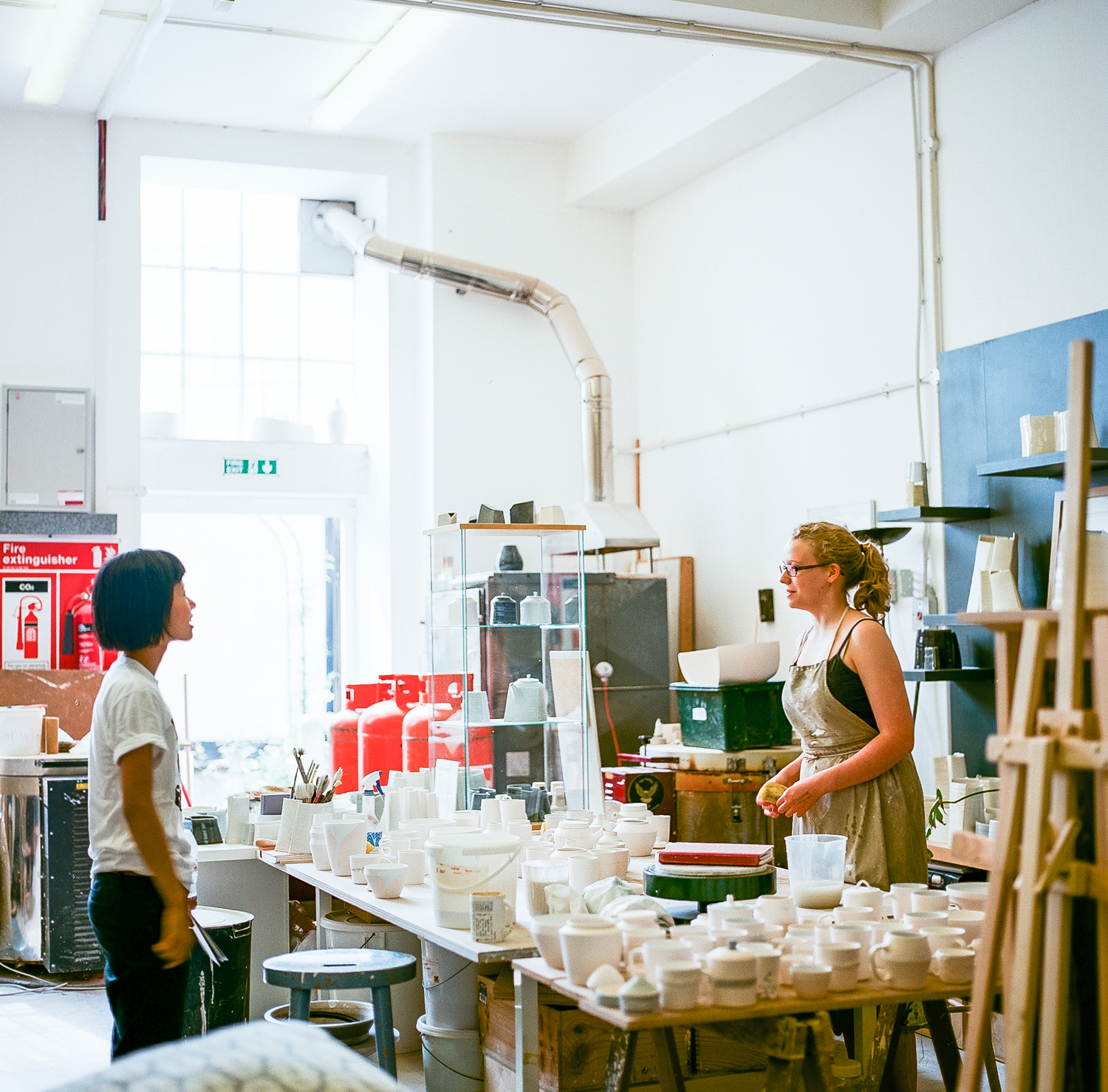 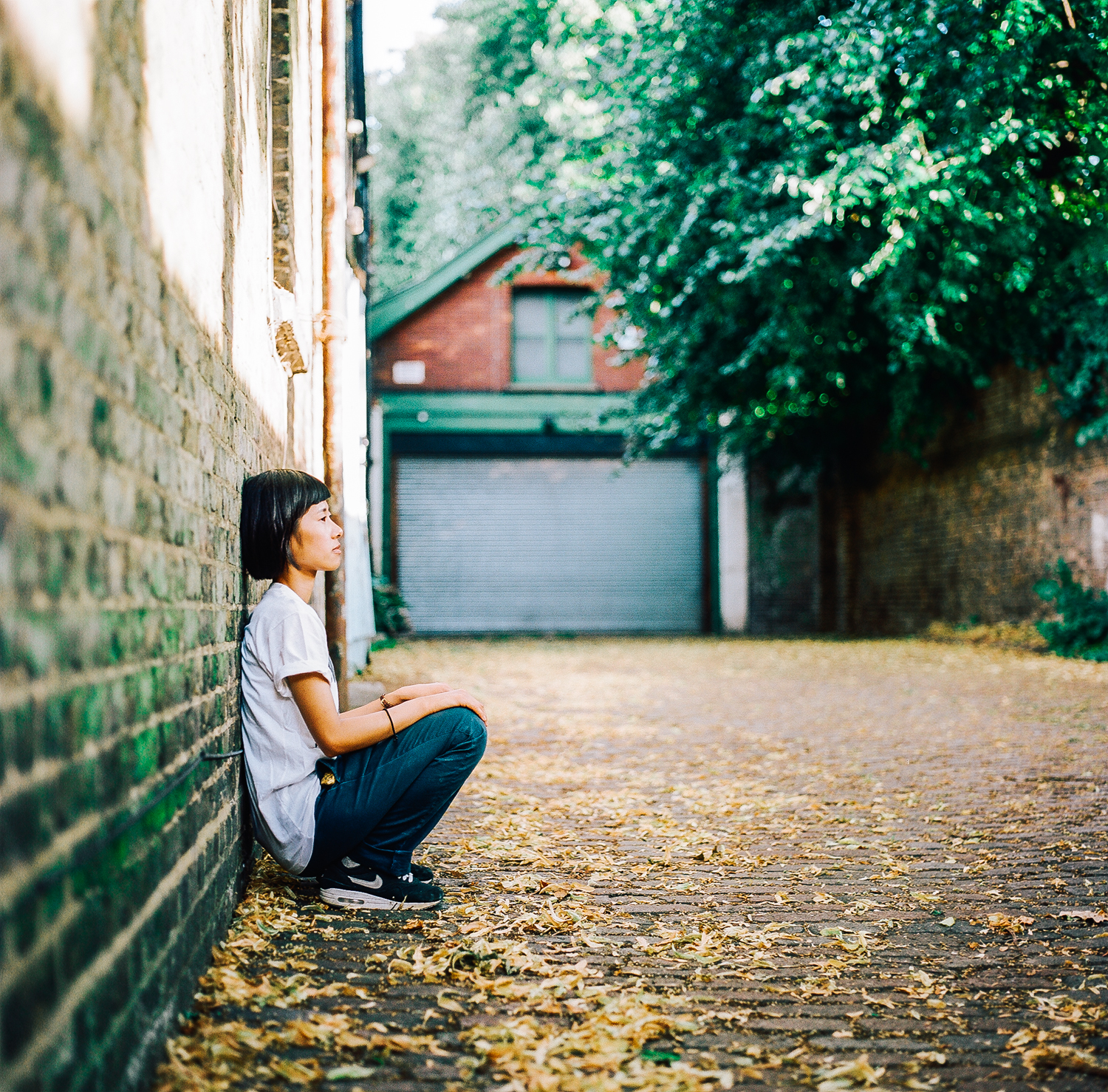 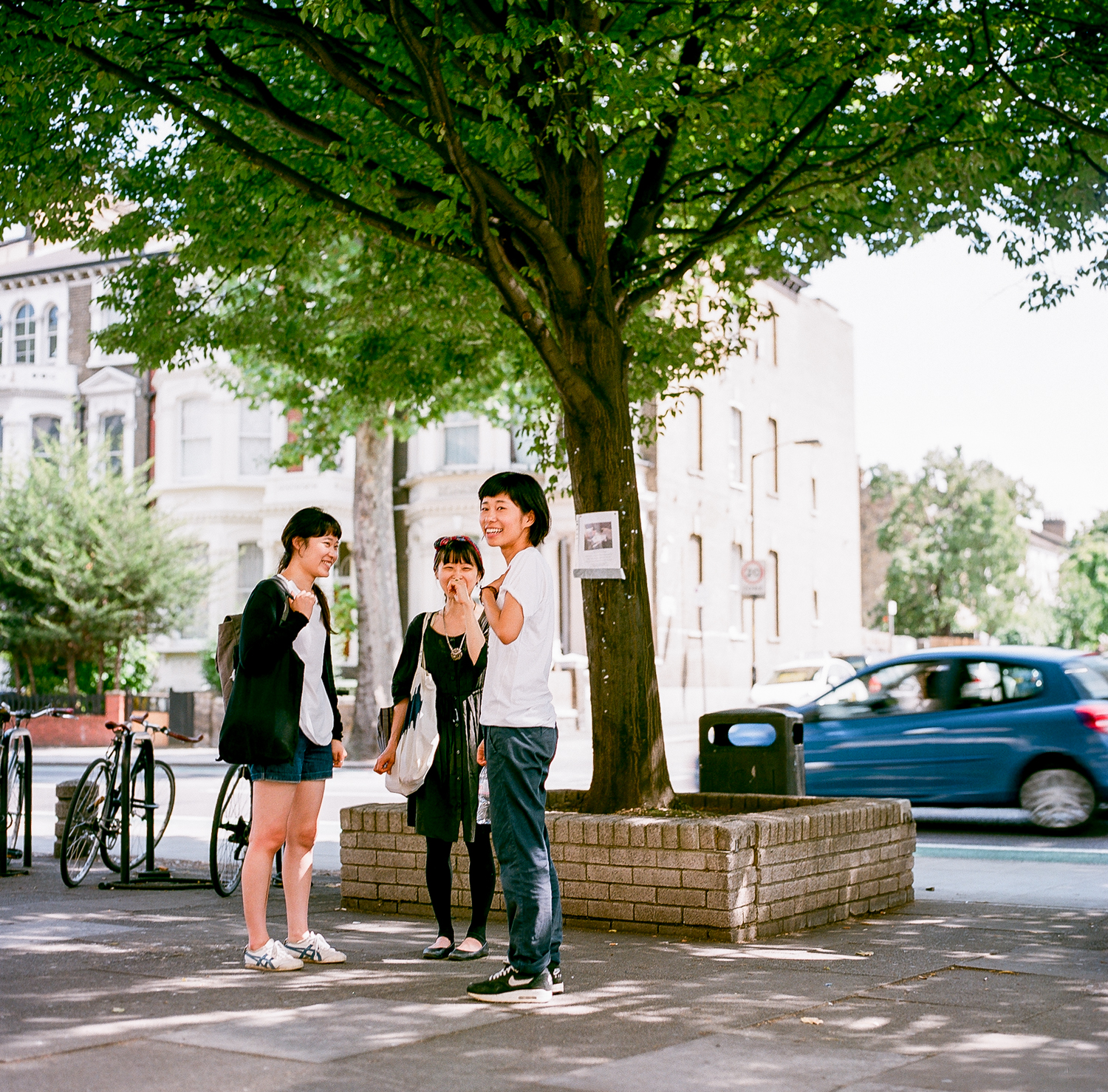 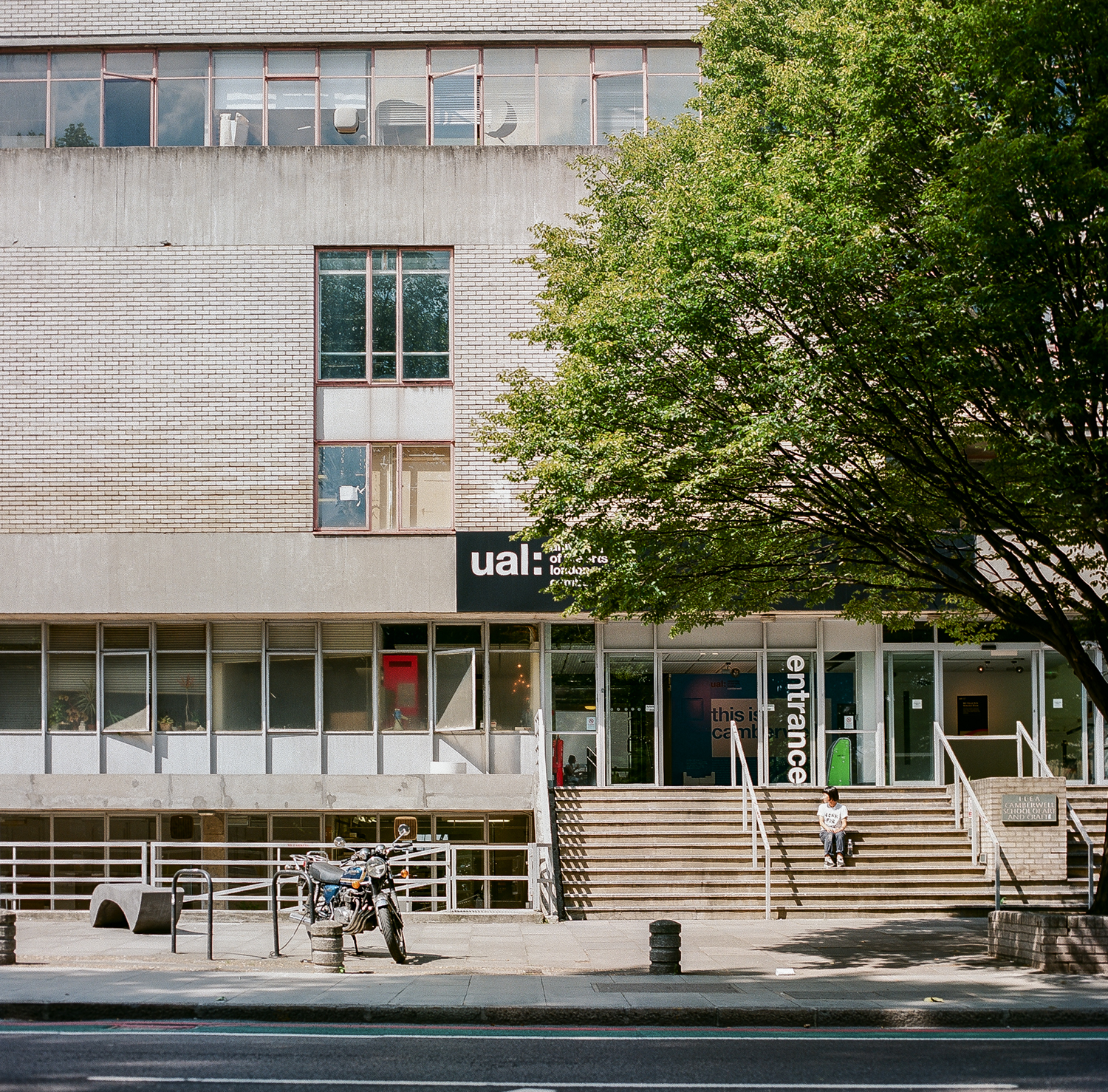 Leaving her life in London, Chie has moved back to Saga, Japan. I wondered how her free form of expression nurtured by London’s diversity would change after her returning to Japan. “While attempting to find forms of expression that captures the human essence, London enabled me to look at my art with total racial and cultural freedom. But now, my environment for creation will be the complete opposite values. I know I will be influenced by that fact, but I’d like to accept these changes and deepen my form of free expression.” 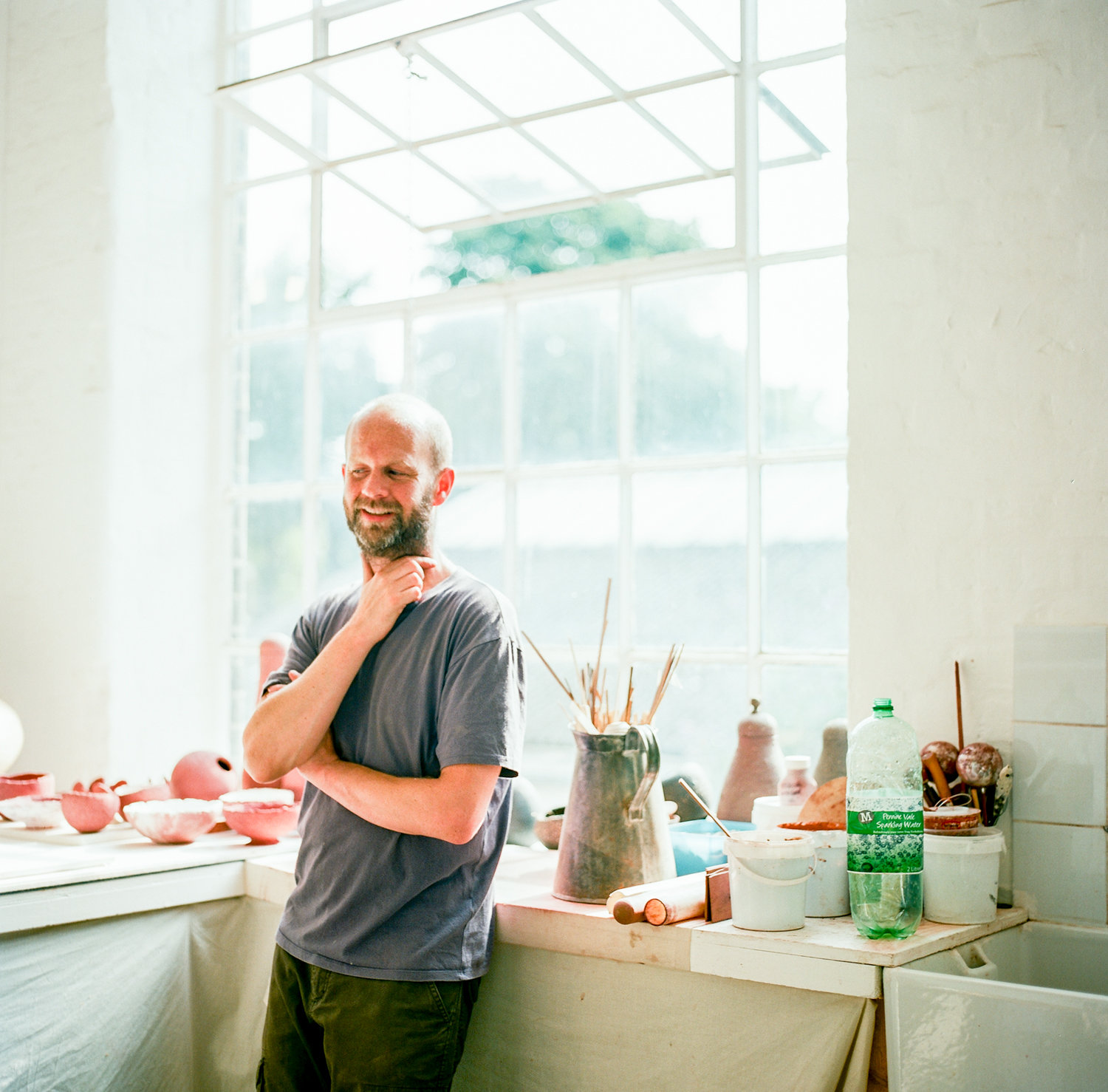 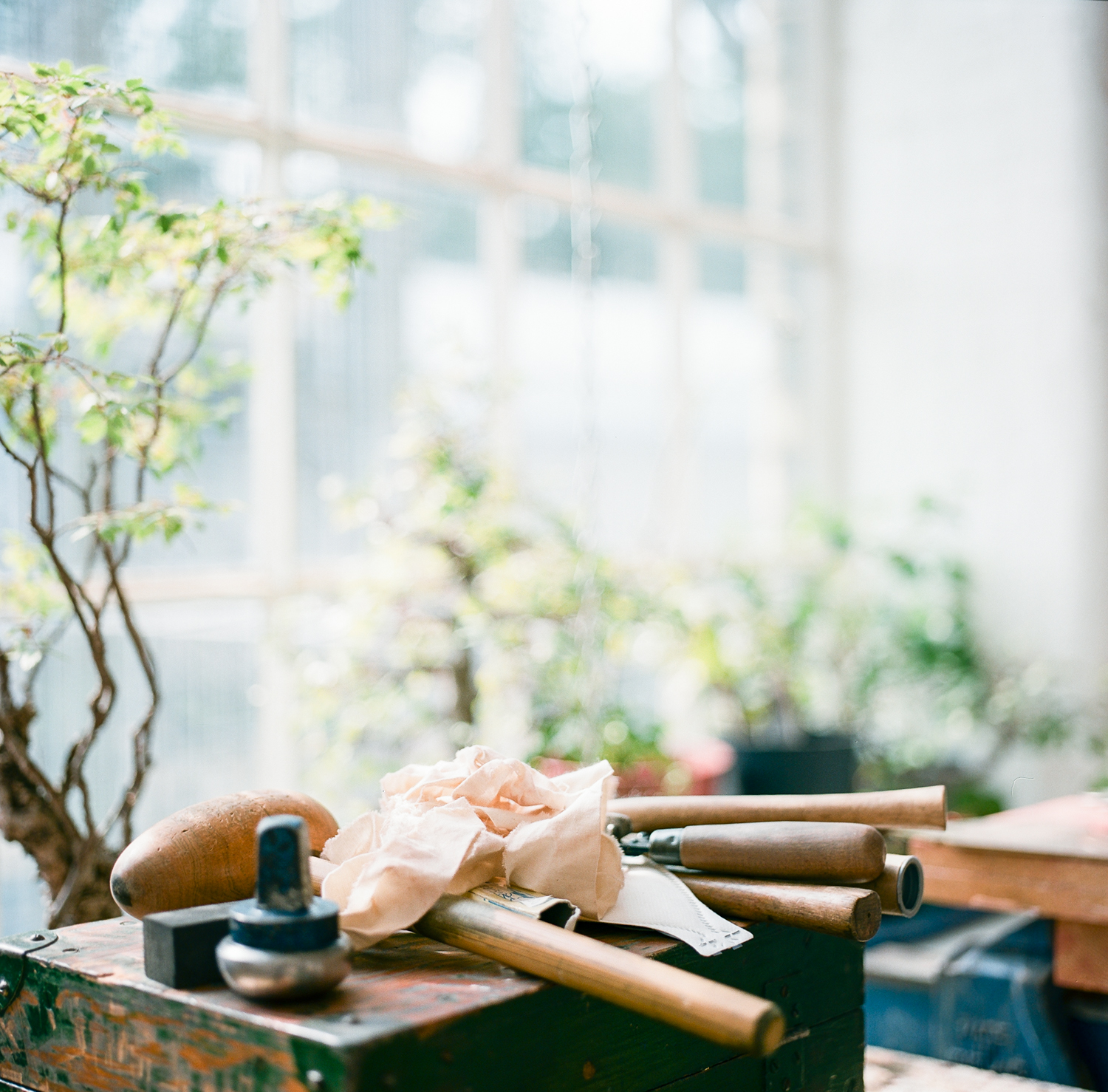 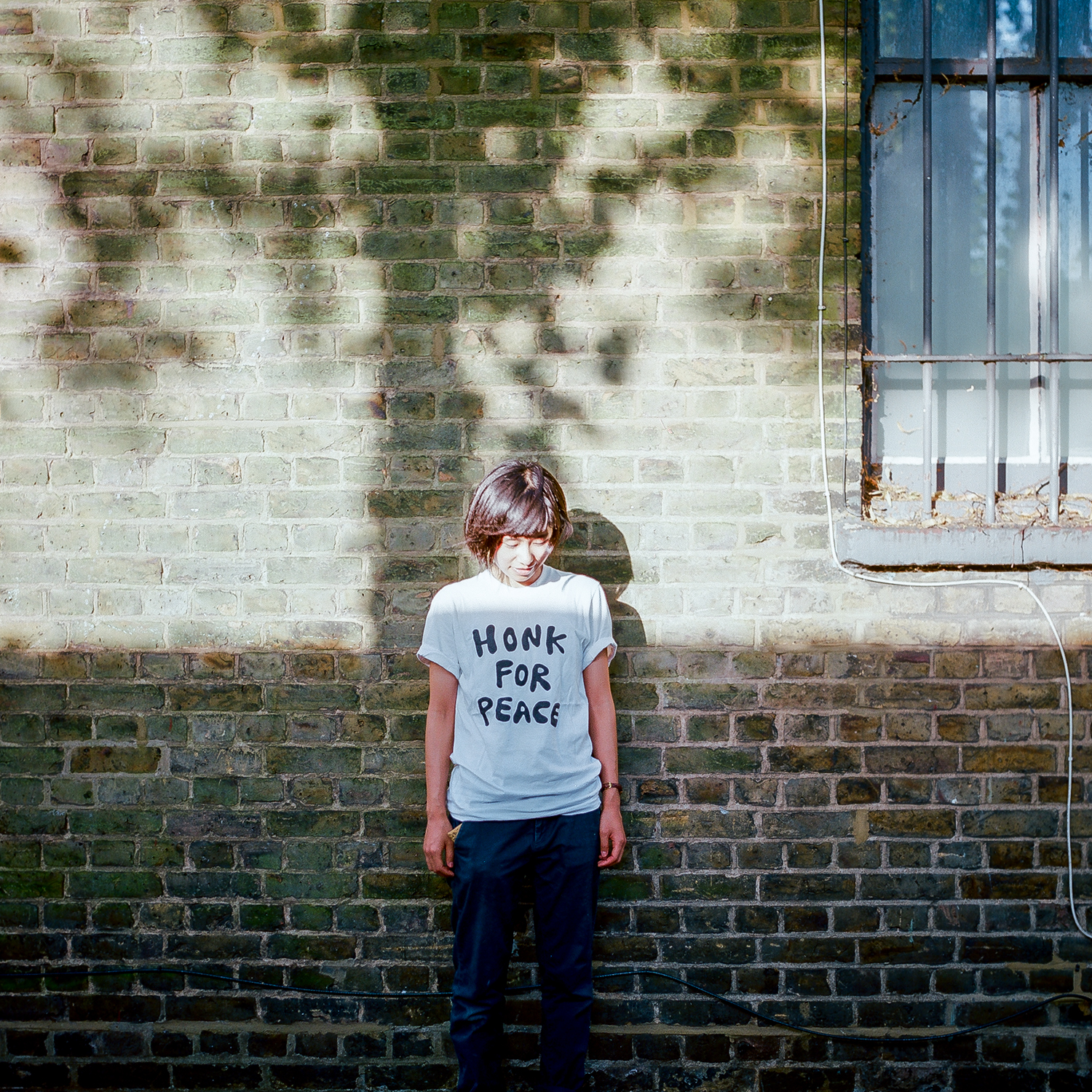 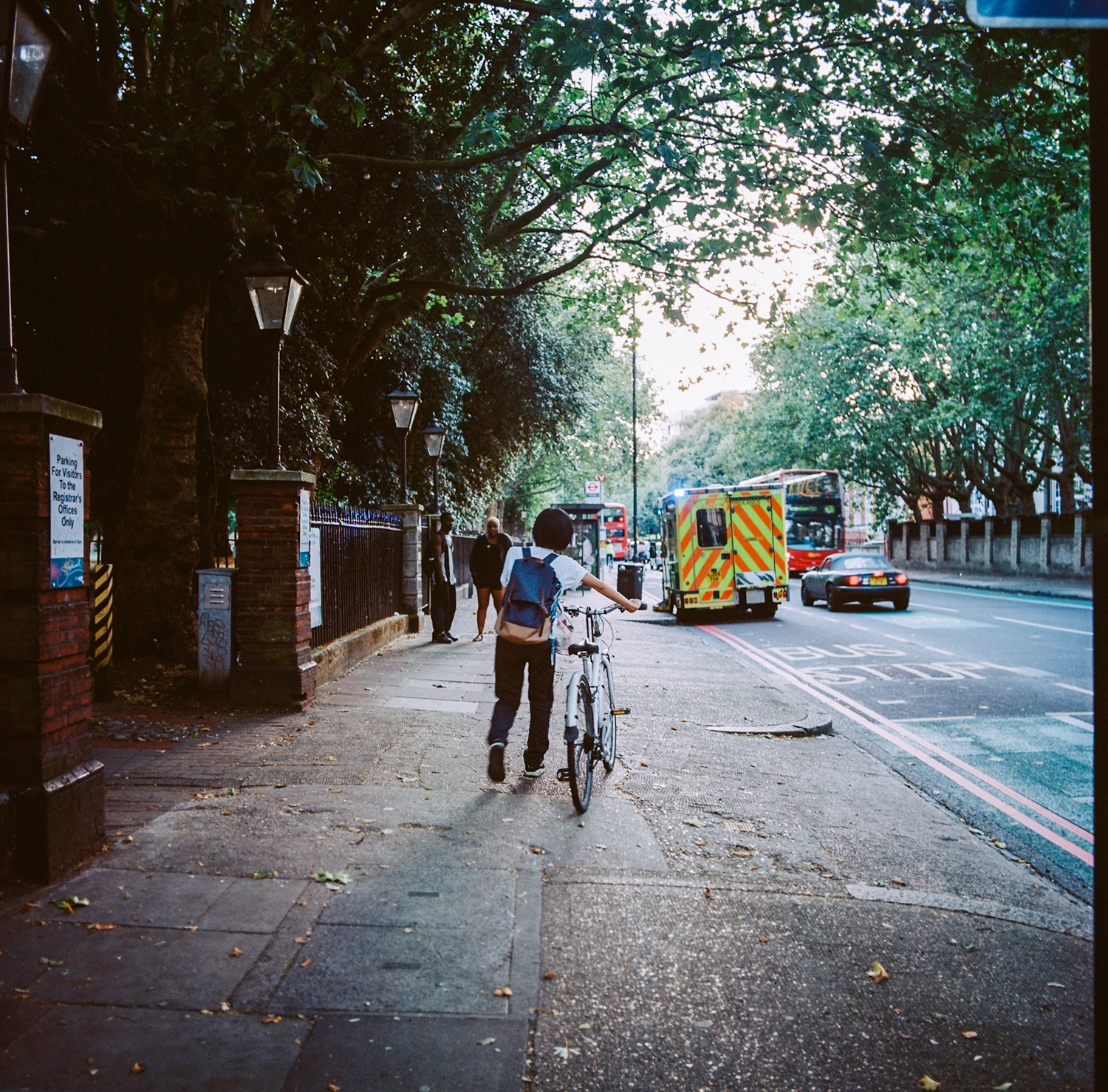 CHIE MIYAZAKI
Chie Miyazaki has worked in both Japan and England. In 2010, she graduated with a BA(Hons) in illustration from the Camberwell College of Arts, London. In the same year, she also began to apply her illustrations onto pottery. Coming from a family of ceramic artists, she returned to Japan in 2015, and continued creating her work at the family ceramic studio. Chie’s ceramics are all one-off pieces, and have been described as “naive with an energetic style”, and “evoking a nostalgic feeling of childhood.” She enjoys working with clay, and the unexpected shapes it creates. Along with her sister, she is also one half of the illustration team Chie Chihiro. Their recent projects include designs for both book and album covers, and many ceramic works.
http://cargocollective.com/chiechihiro