Every day French artist duo “Forlane 6 Studio” connects deeply with the ocean as they create their one of a kind art on the coast of Crete Island in the Aegean Sea. One half of the duo, Hortense Le Calvez, was on vacation when we received an email that we could visit her in her hometown of Brittany, France. 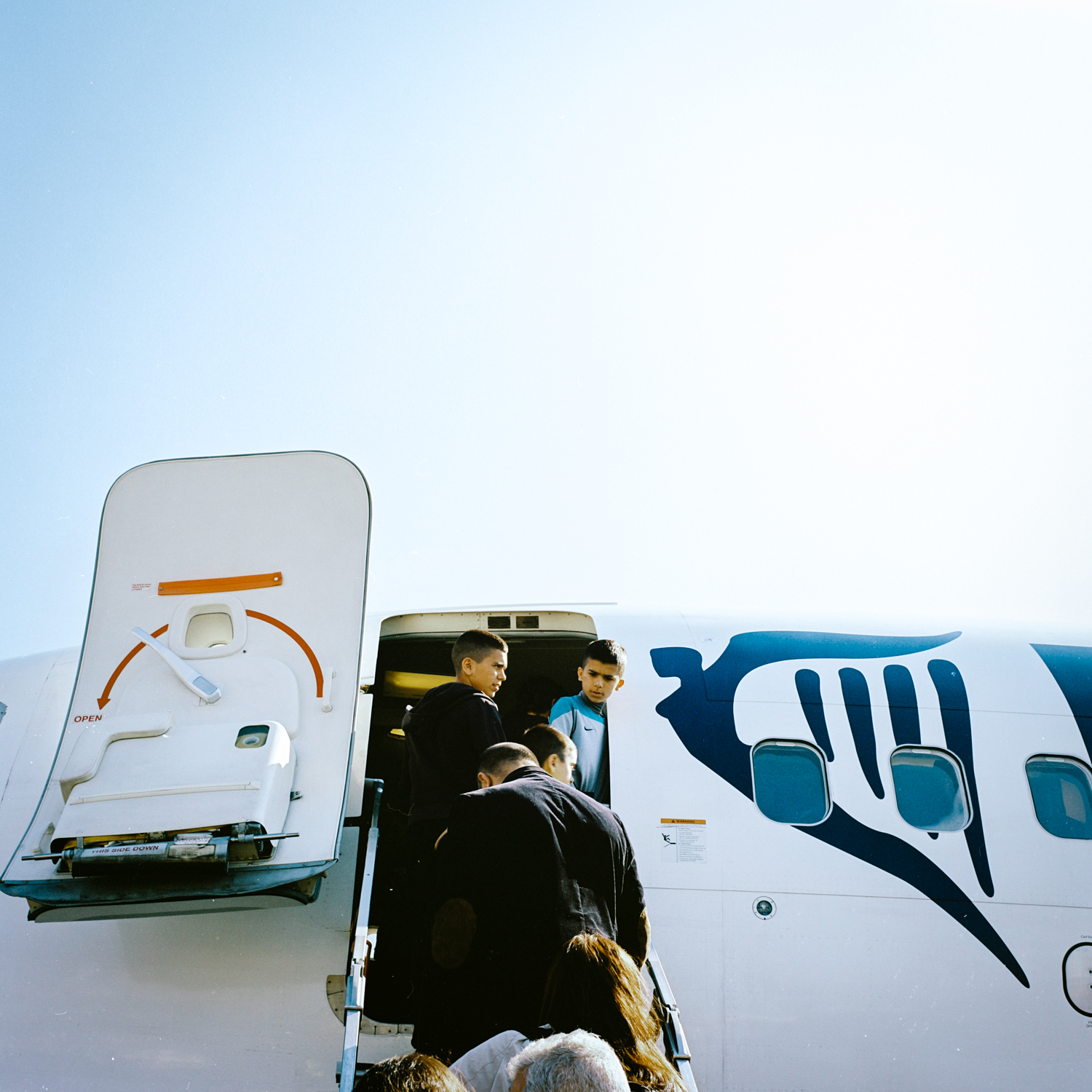 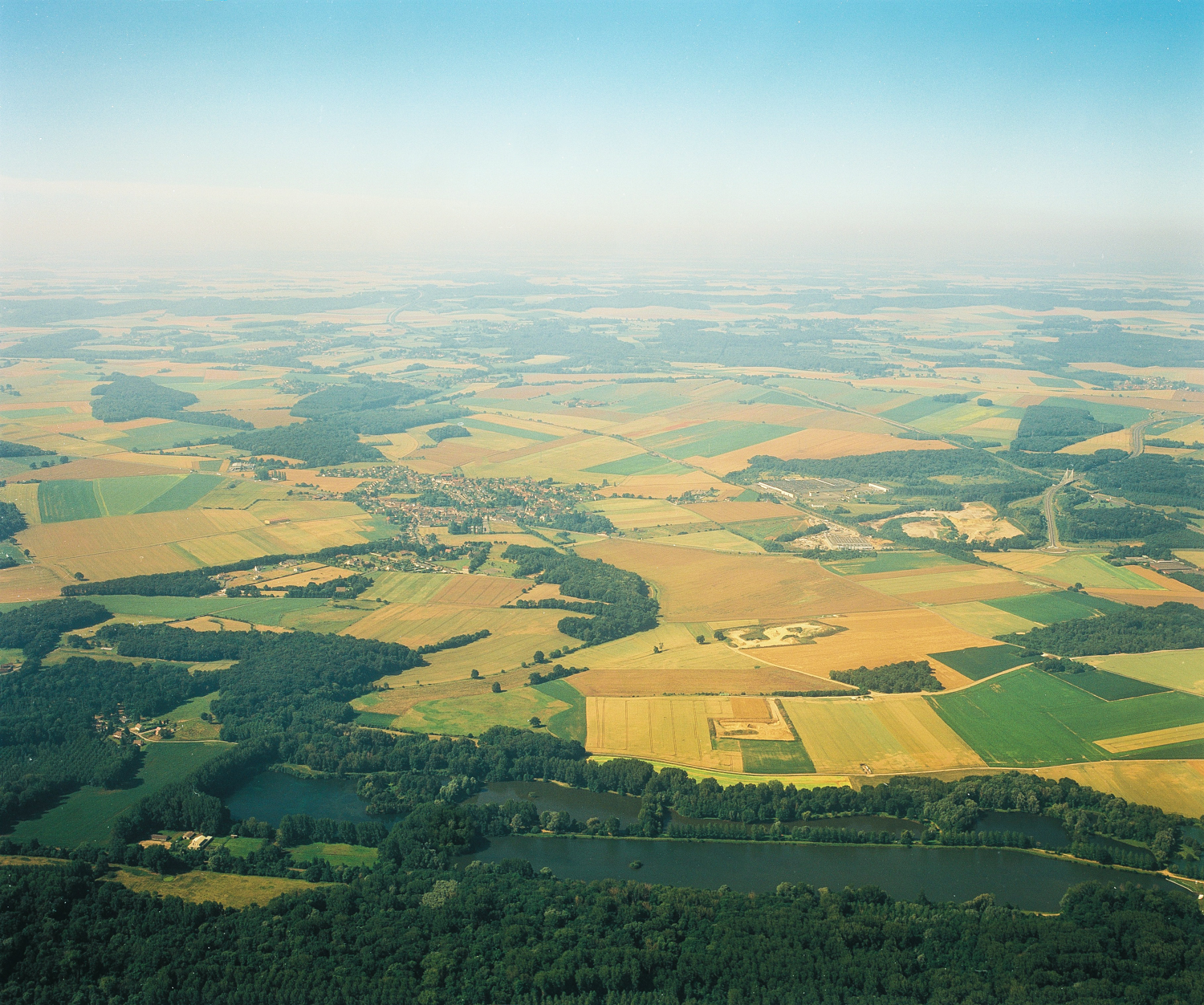 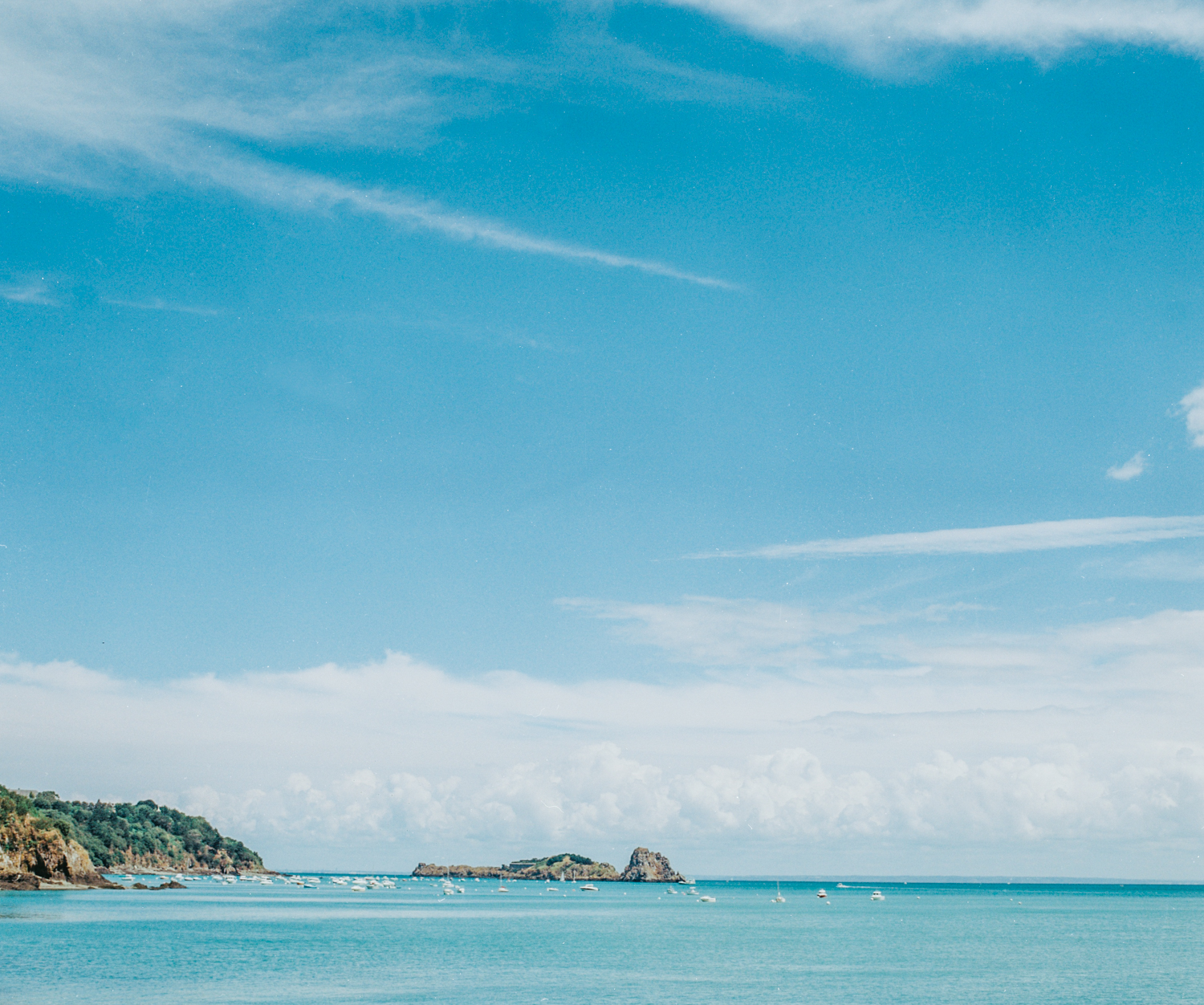 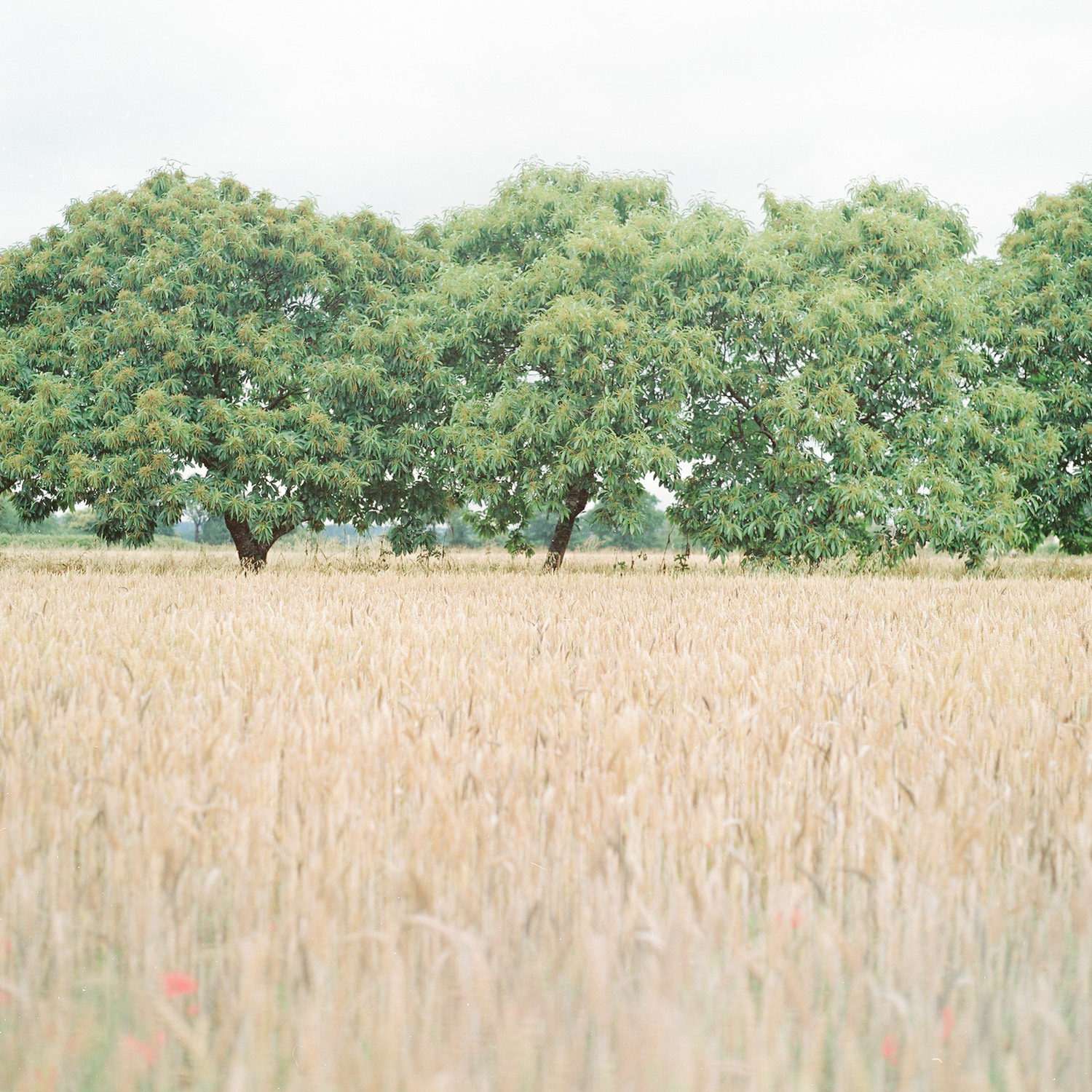 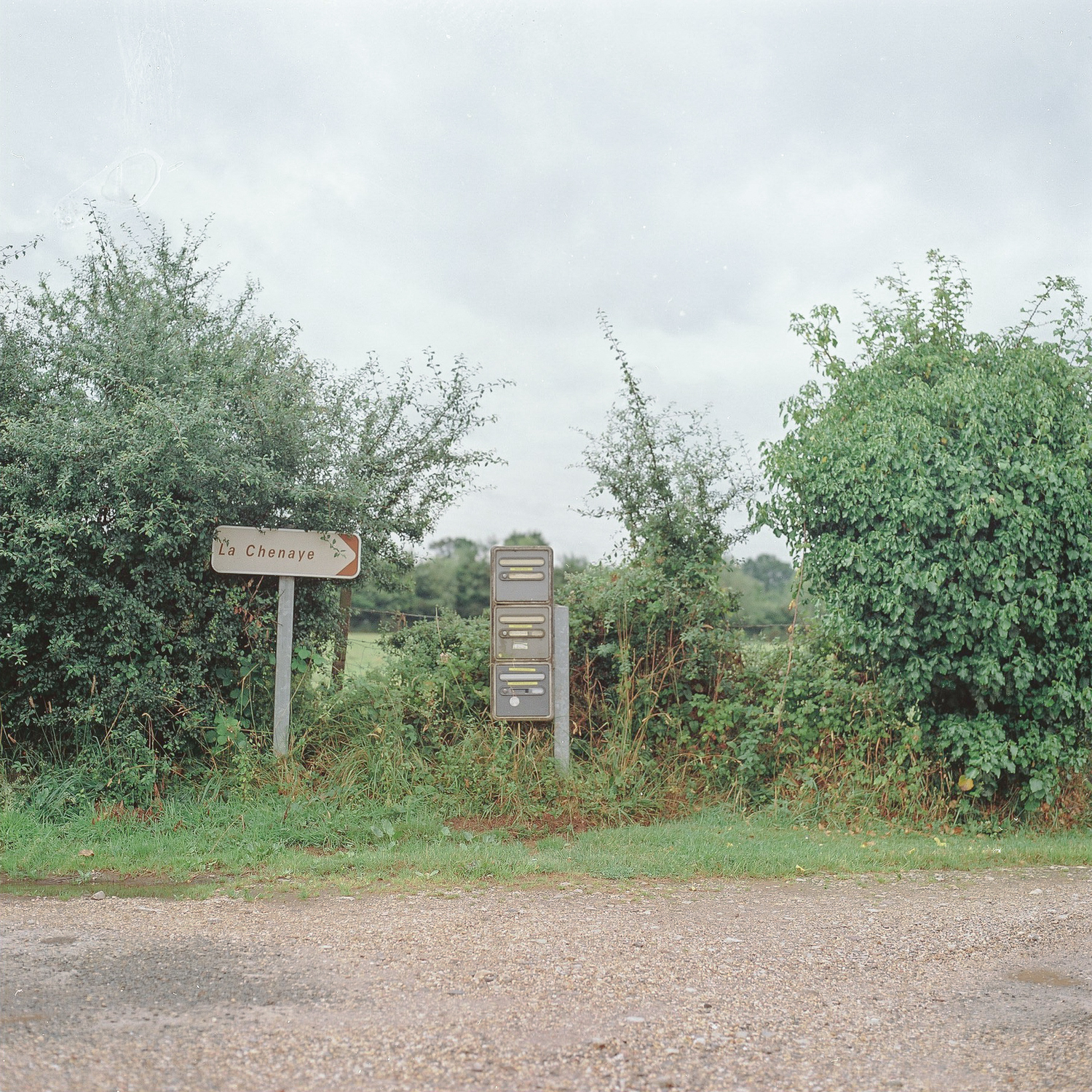 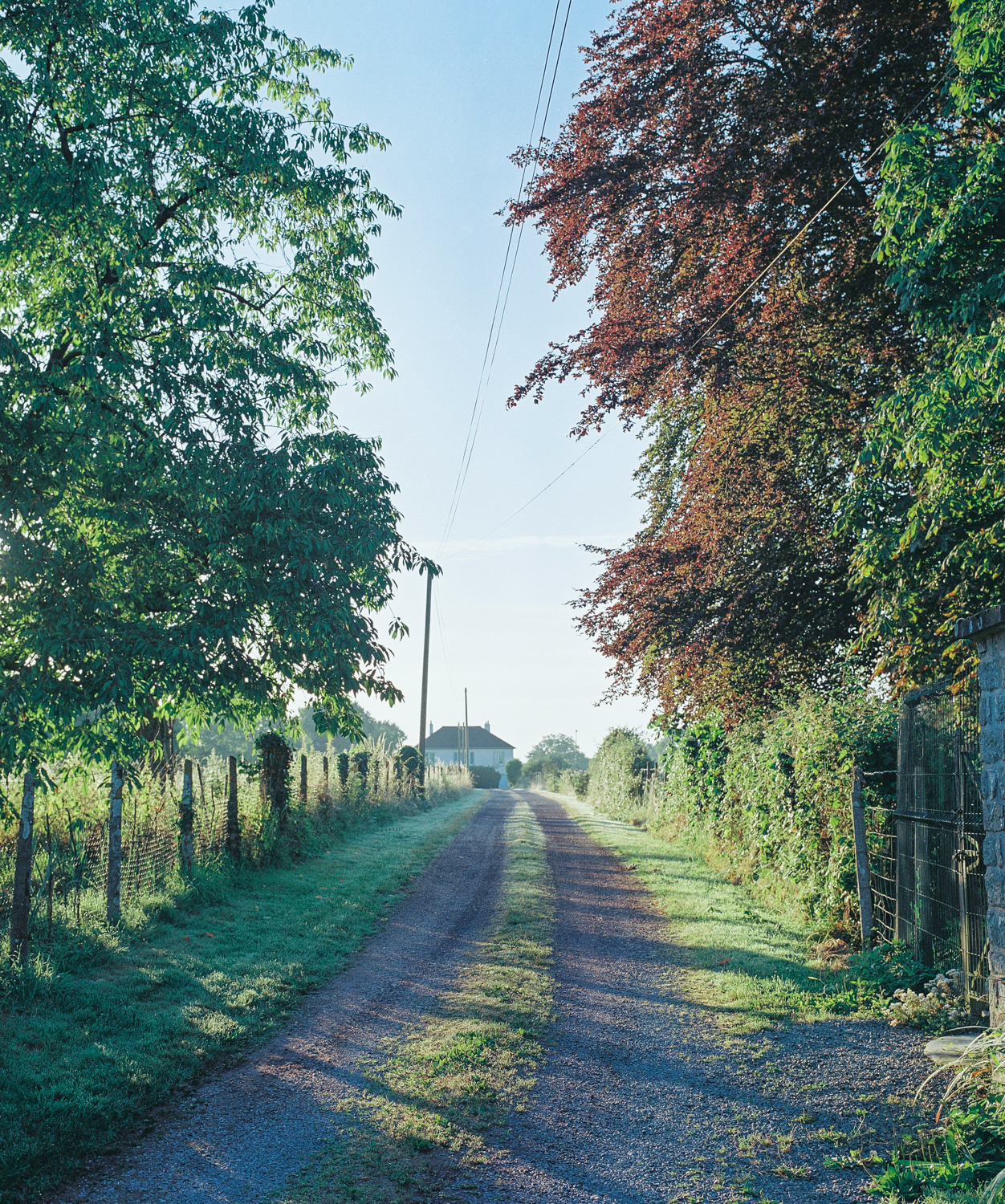 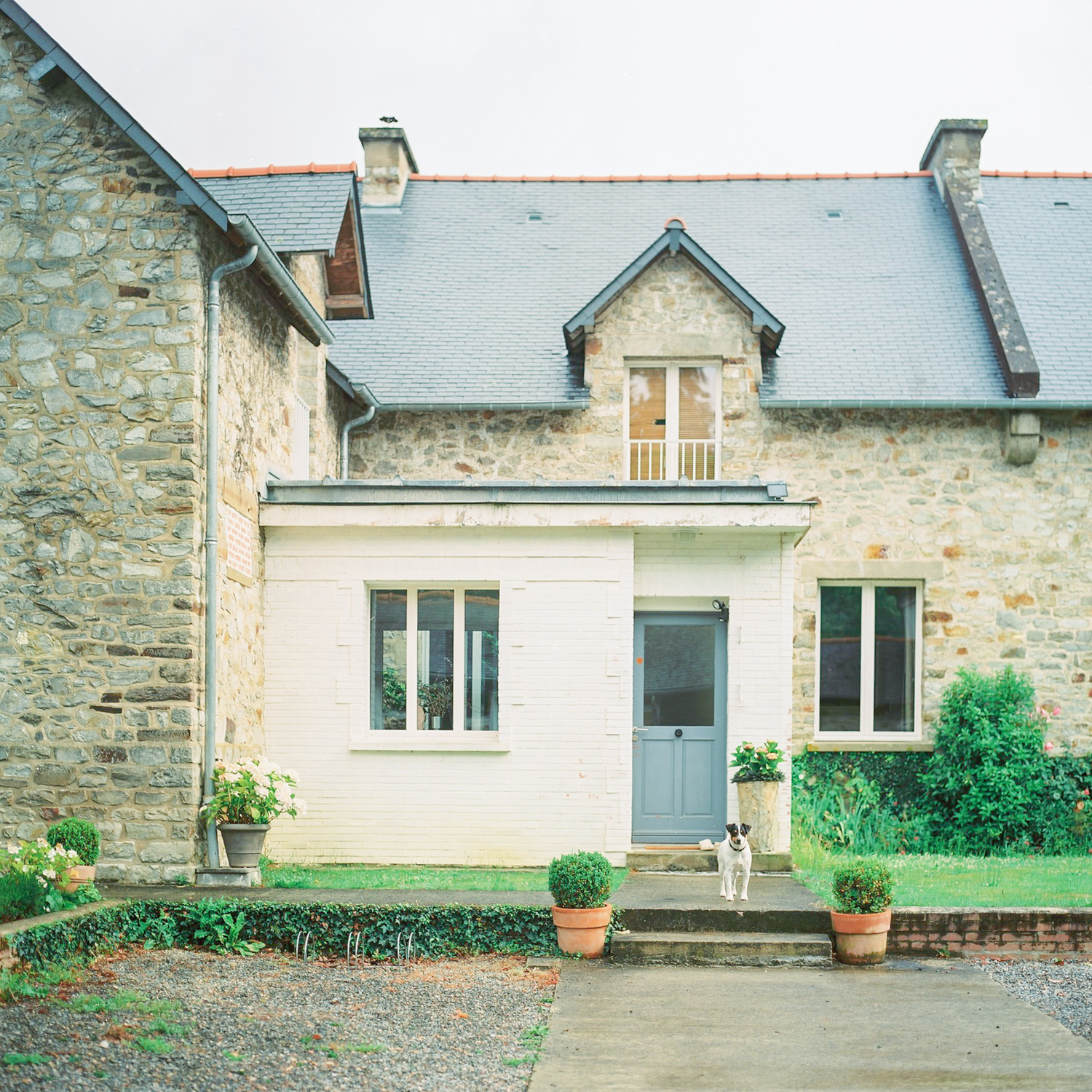 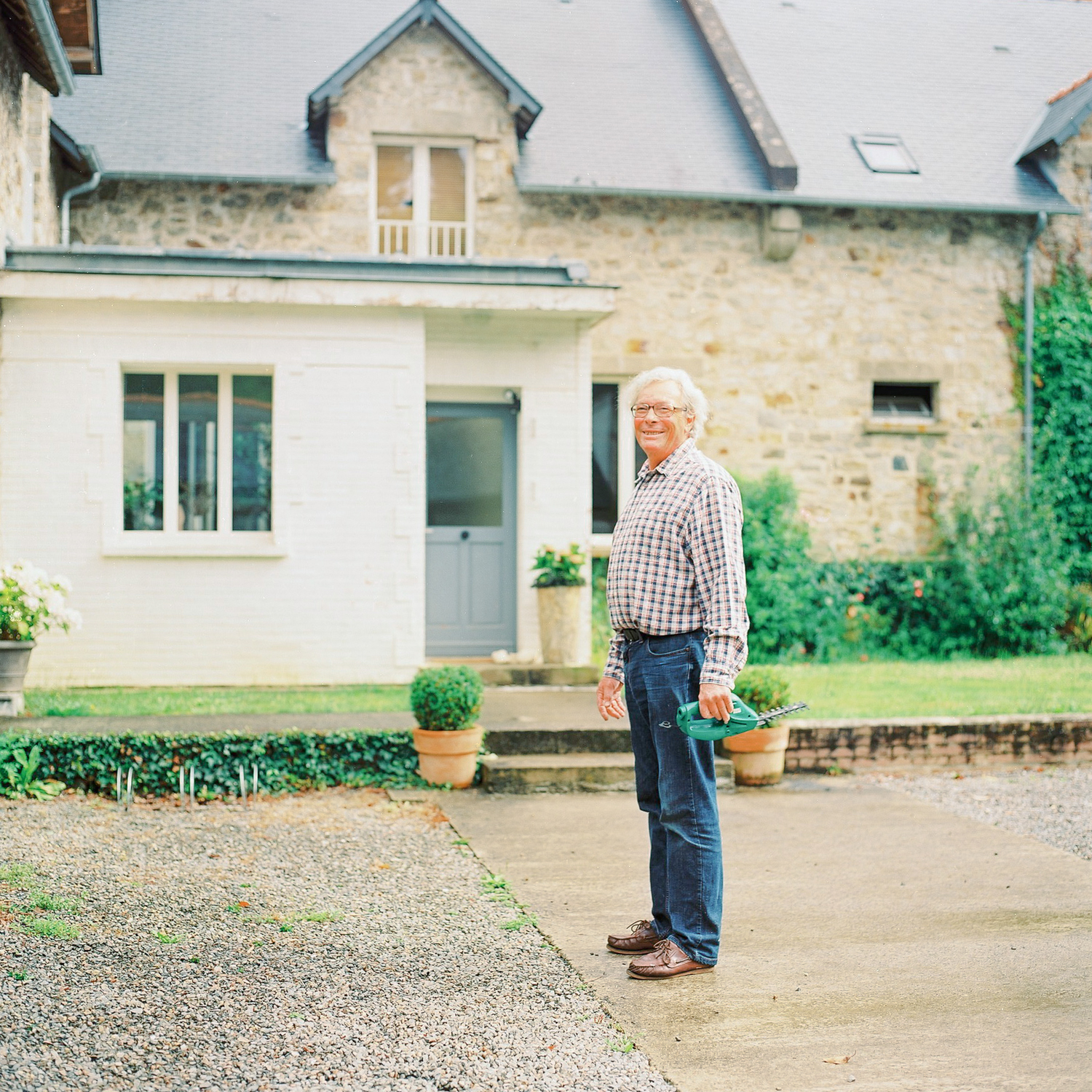 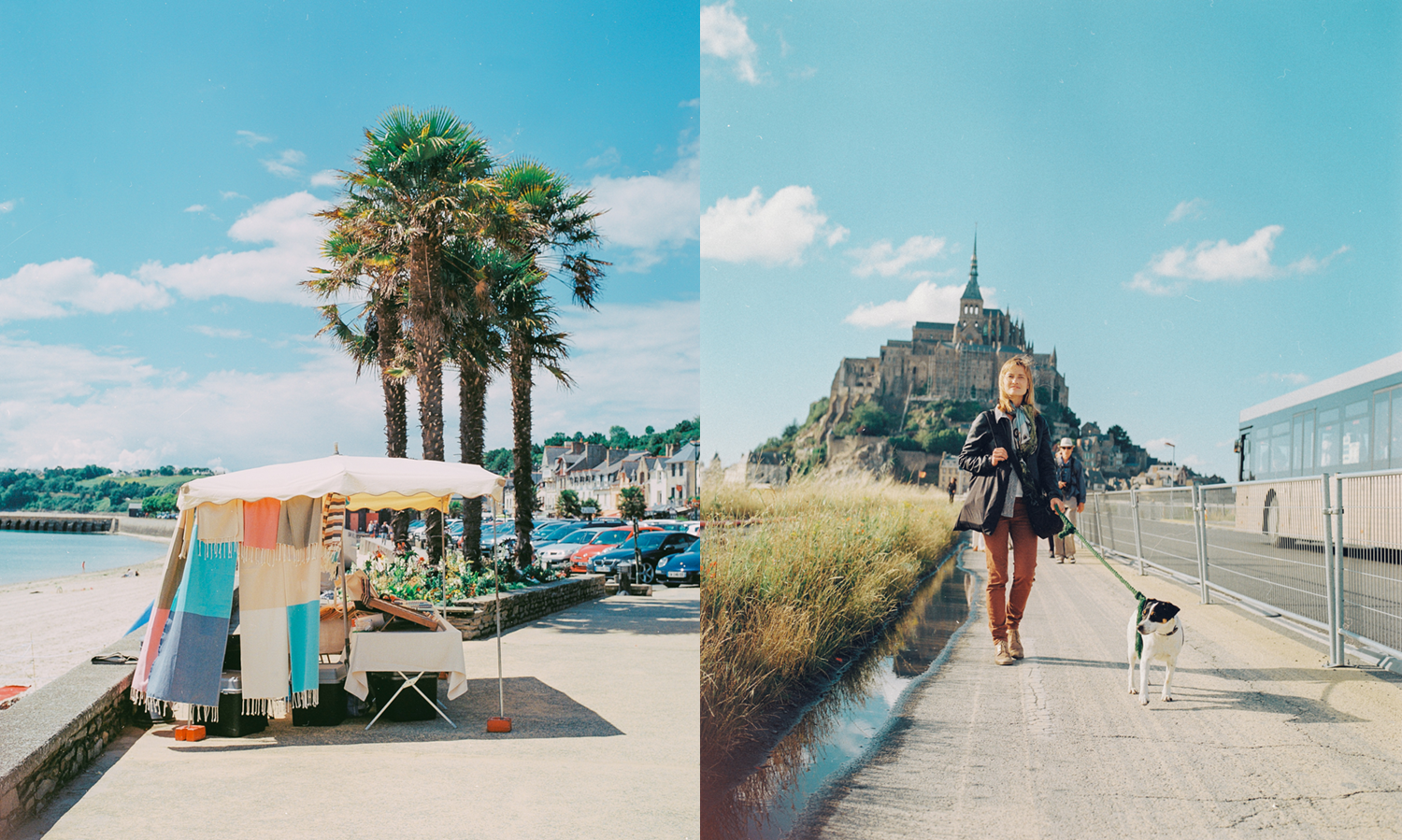 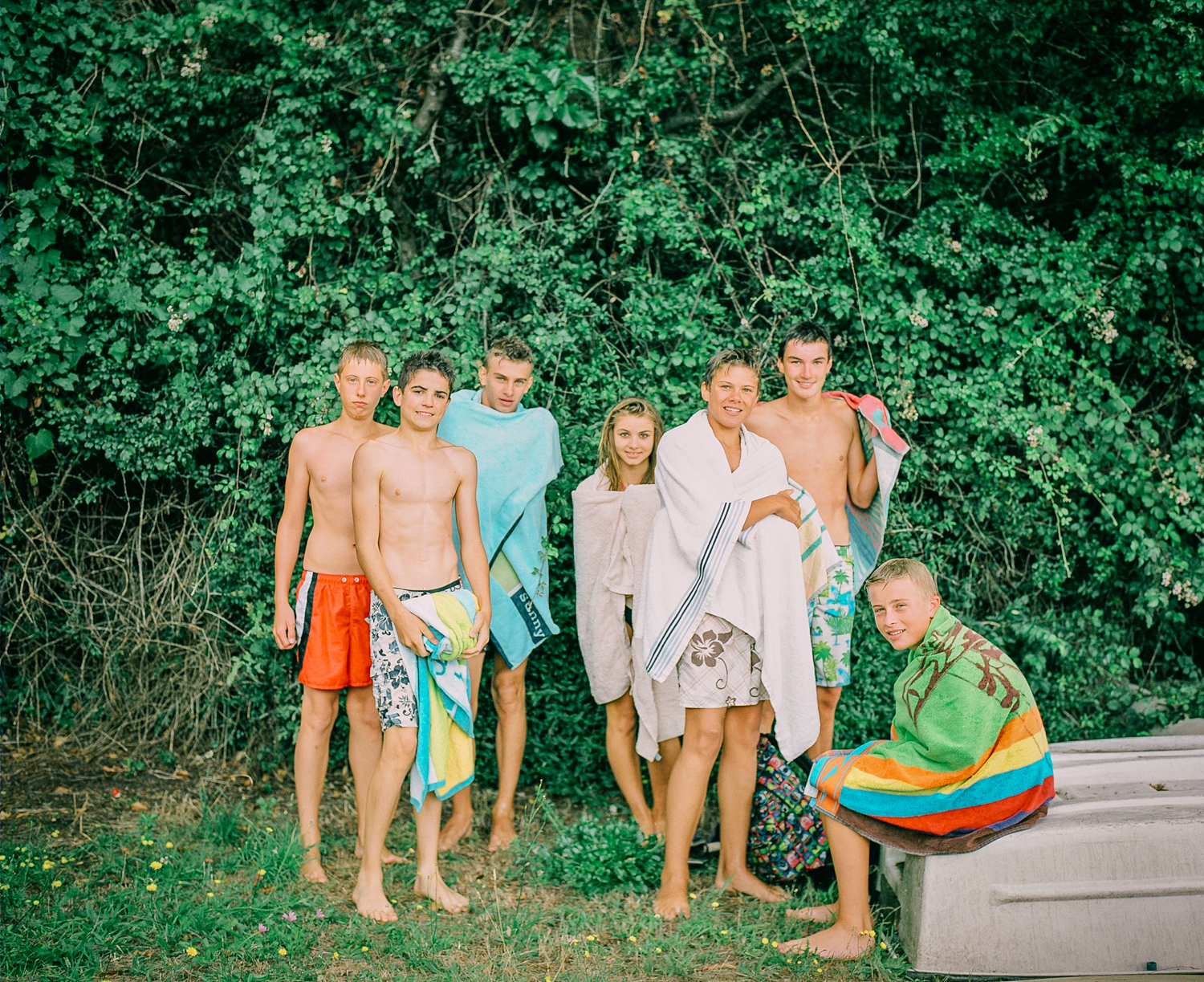 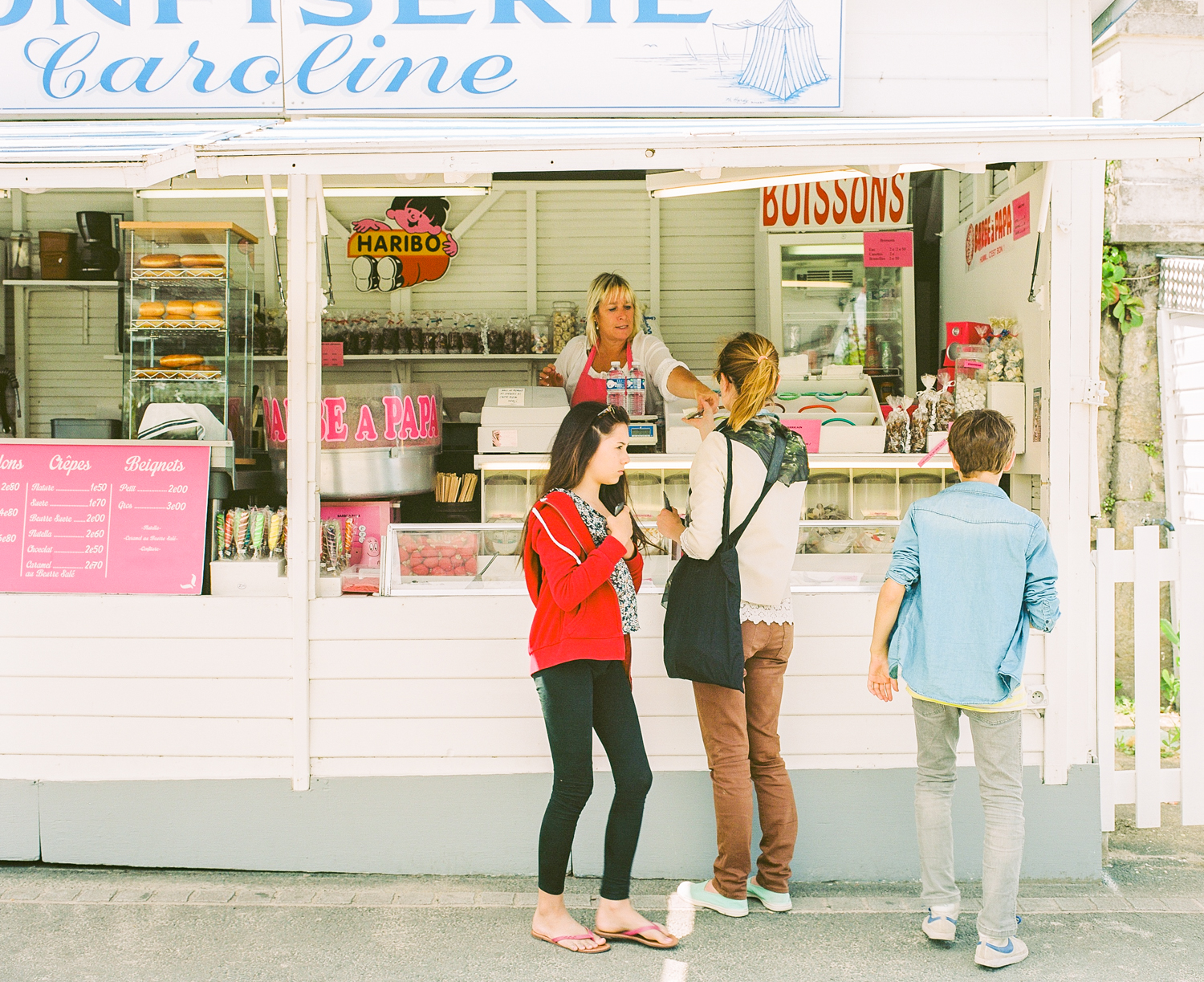 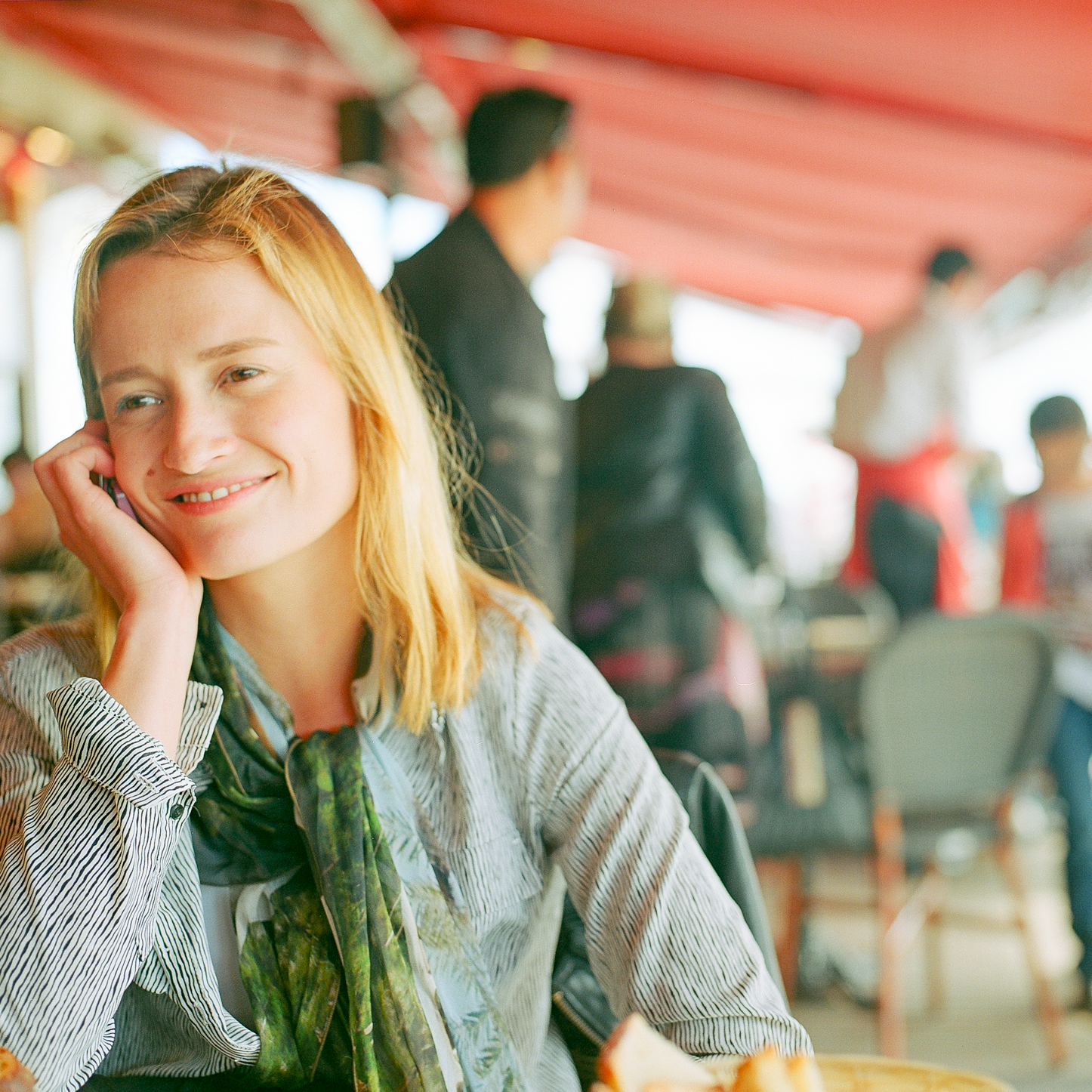 I remember the sea held a special place in my heart ever since I was little. After I left home at 18 to attend art school in Amsterdam I began to envision creating art that comes to life underwater. The students in Amsterdam were from all over the world and we spoke not only about art but all things interesting. I loved the city and everyday was full of inspiration and excitement. What I learned there more than any technical skill was how to know my self and to have a perspective as an artist. I then moved to London and studied at Wimbledon College of Art for two years. At the time I was basically possessed by underwater creations (laughing). For my thesis art project I created my first underwater installation. I received help from local firefighters who lent me an industrial size tank. We filled it with water and I dove in! The piece itself was a simple installation that mimicked a whale blowing air from its’ blowhole. It was rudimentary in hindsight but the experience helped inform the direction I wanted to go as an artist. I moved to Cebu Island and gained experience working as a diving instructor for two years. Soon after that I began working as an underwater photographer cameraman for a TV reality show about underwater models. That’s when I met Mathieu who worked as a marine engineer. I think it was at a club on the coast of Rennes. One night a few months later I drunk-dialed his phone – he was on a ship far away on the coast of Africa. Of course he was sober and I was at a noisy party. (chuckles) Even then he was very much a gentleman. When I met him I thought to my self, “I need someone who can help me create these art pieces; someone who knows the ocean and navigation, who can steer a boat and is a master mechanic. He’s got a nice mask, he’s kind and strong. He’s the one!” (laughing) As we kept in touch we started dating, ‘according to plan.’ Eventually we became the artist duo Forlane 6 Studio. 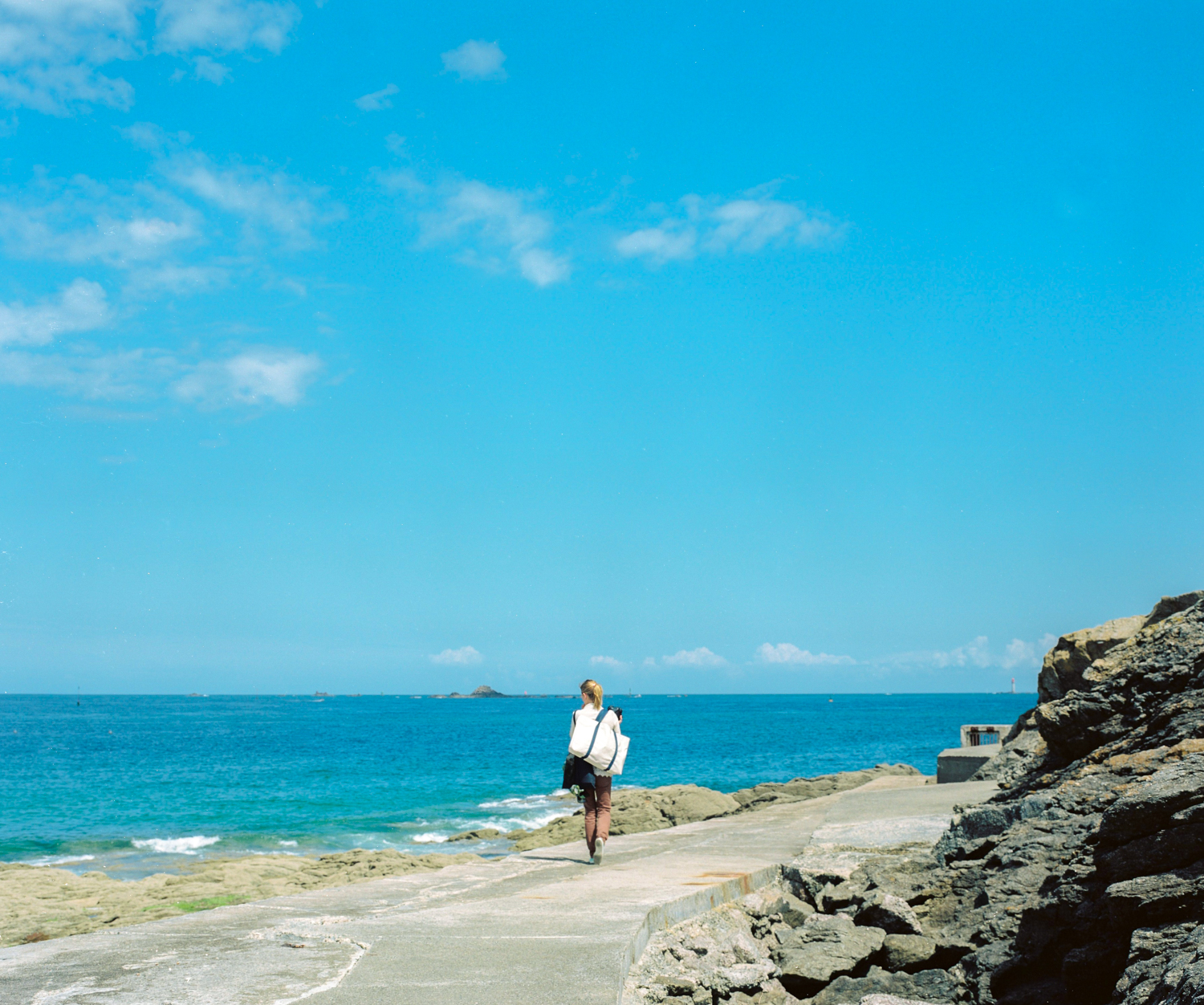 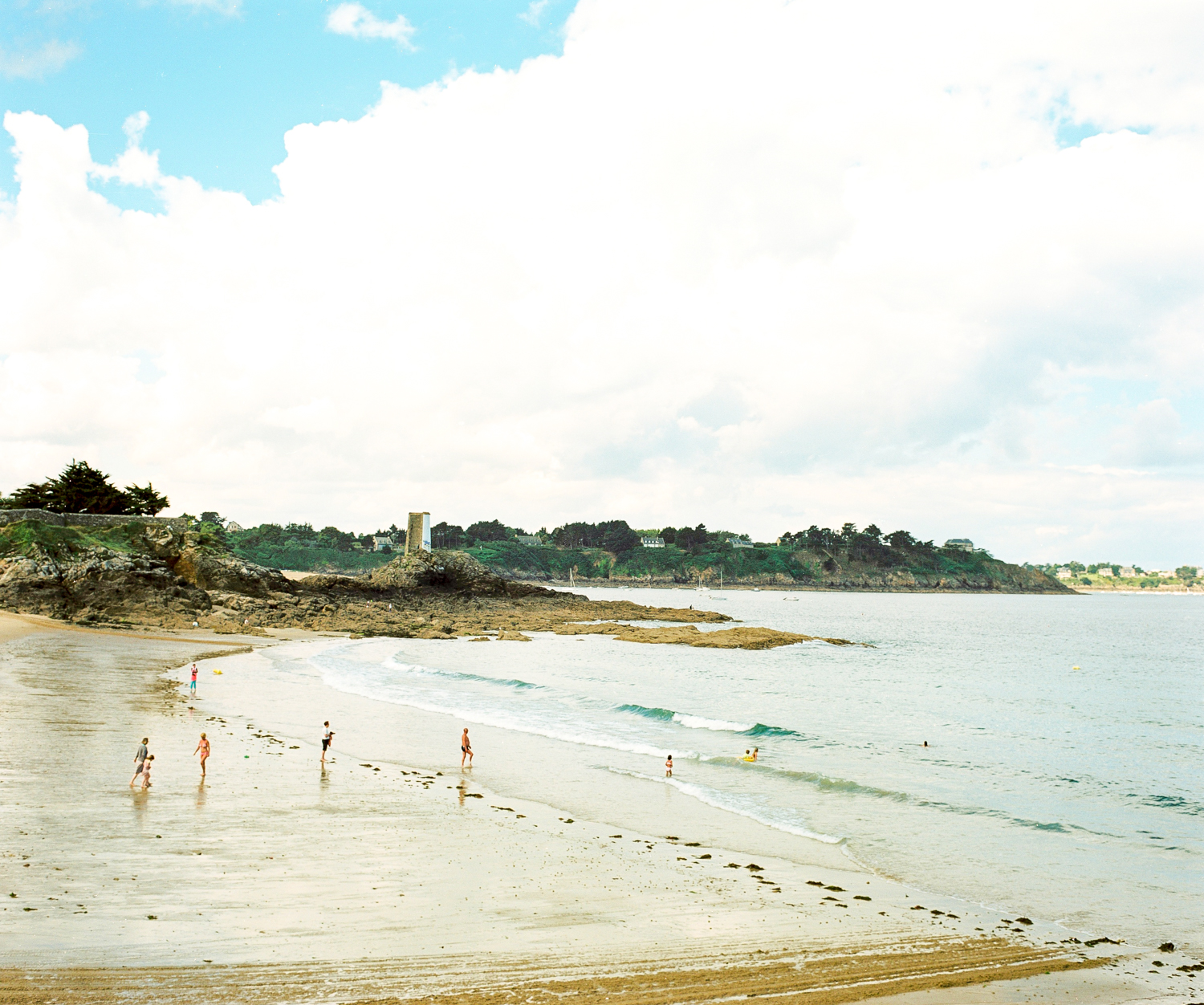 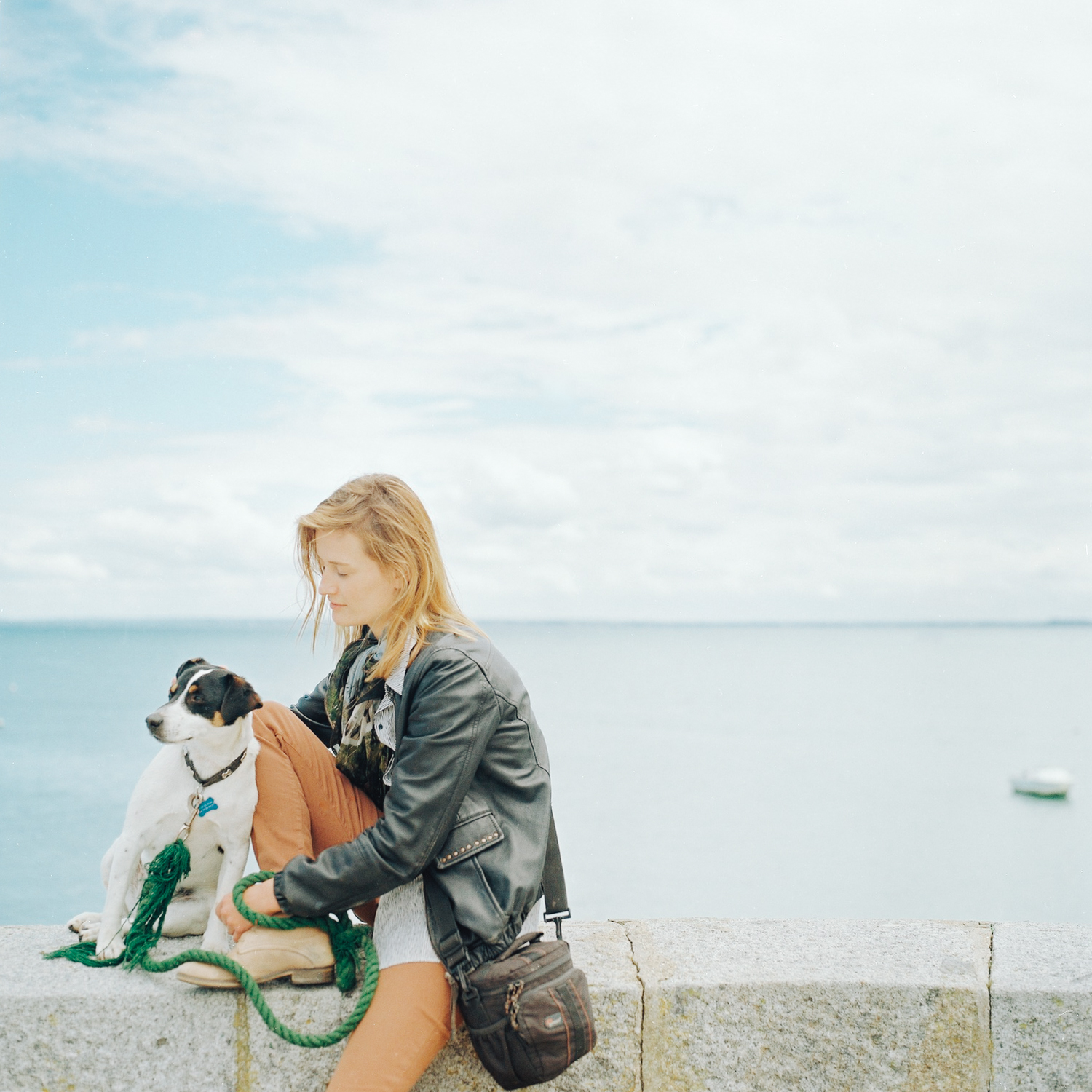 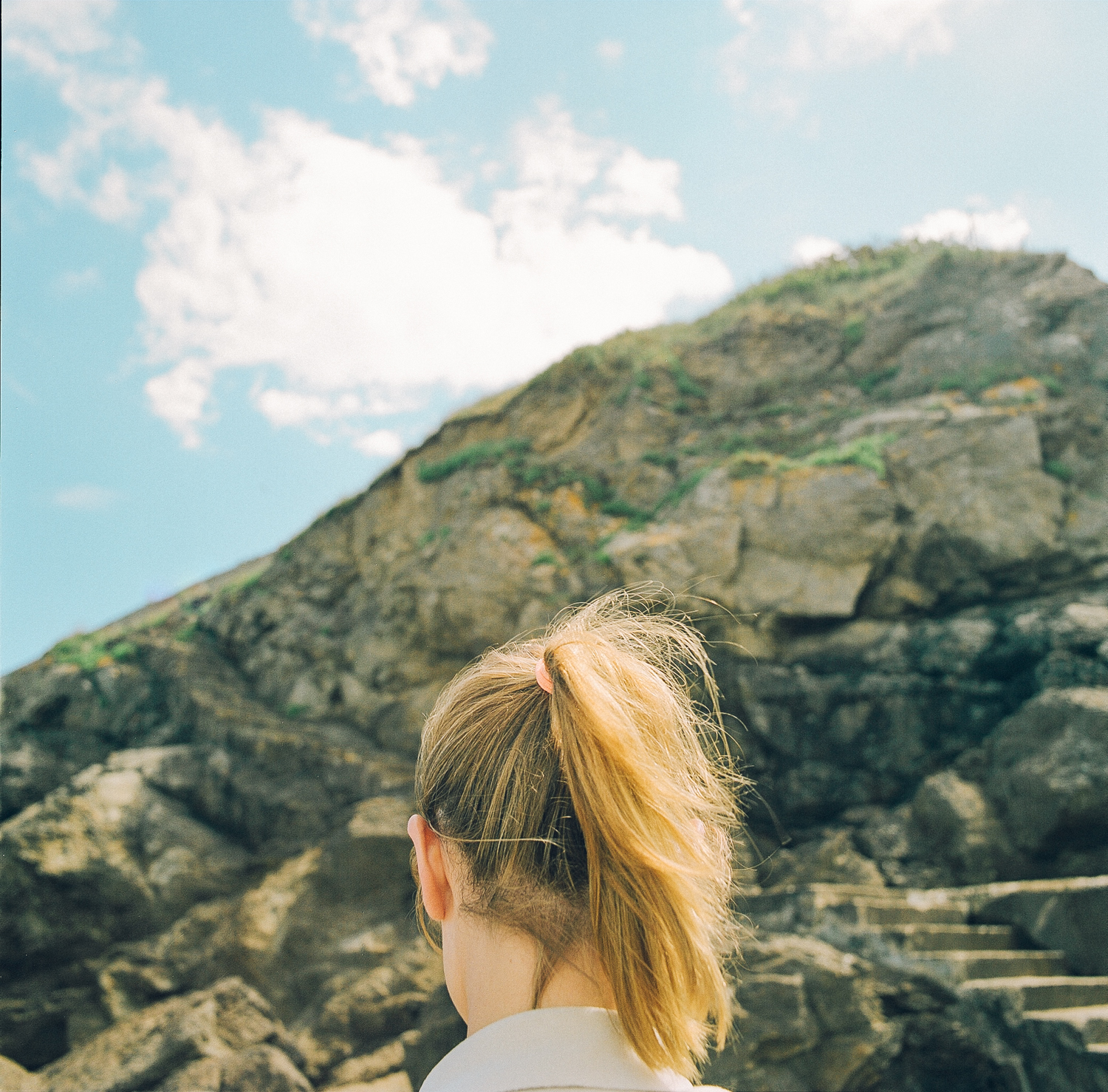 Mathieu and I began our life together at a house in Rennes and got our hands on a small sailing boat that my father owned with five friends when he was young. The ship’s name was ‘Forlane 6’, so we decided to go with that as our artist name.  When I was little my father used to take me sailing all the time in that boat, but it had been left in the harbor for years. It was dilapidated and the engine was rusted. Mathieu and I first looked for a harbor with affordable dockage fees online and someone who could repair our engine. That’s how we found Paros Island of the Cyclades Islands, a beautiful island in southwest Greece in the middle of the Aegean Sea. We somehow breathed life back into the engine and headed to Paros Island from a port in Rennes. We navigated the gorgeous Aegean Sea for two weeks, stopping at nearby islands as we went. The Forlane 6 had a shower and kitchen but it was small and the bed had a pitiful excuse of a mattress on it so we were by no means comfortable. Still, our first boat trip was splendid. We had countless unforgettable experiences. Every time we landed on shore we made friends. But the best part was that I enjoyed discussing and honing ideas with Mathieu. I would throw ideas out there and he would respond with technical advice. Not only does he bring clear insight, he’s calm and realistic. He always has an answer and finds appropriate solutions for everything. I tend to over-complicate things and try option after option while he offers simple and clear solutions. That hasn’t changed now, either. Looking back, I think we were training ourselves to discuss and discover workflows while we sailed the coast. We would keep talking about an idea until we found a way to output that we were both satisfied with.

But this voyage was not smooth sailing all the way. At one point the engine finally gave out. To make things worse, we were in a storm bigger than any we had encountered before. We had to land on an island somewhere to repair the engine. We folded up our sails and let the current and wind take us wherever it pleased. The boat almost capsized several times. Our stuff was strewn about inside the boat and we didn’t have enough food. We took turns looking after the boat, each thinking multiple times that this was the end. We were stuck in that state for about 20 hours.

Suddenly we realized the sun had risen and the storm weakened. We were exhausted but we somehow sailed the boat to the small Sifnos Island. But the wind was blowing strong out from the port and we couldn’t get close. We tried to radio for help but none of the ports answered. Saying a final prayer, we contacted the last port, and after a while we heard a voice. We were boarded onto a mini-boat and our lives were saved – soon we stepped onto solid ground. I remember feeling like that island was heaven.

We experienced the danger of the ocean and made sure to be well-prepared and pay attention to every detail before going out again. If one of us had gone overboard during that storm… Just thinking about it makes me shudder. It may have been a good experience in the end. We arrived at our final destination of Paros Island and spent a few months repairing the boat. We put in a different engine, did some interior decorating and renovated every nook and cranny. We later decided to bring our ideas to reality on Crete Island, Greece. For a year we focused on our art while living on the boat. Repeating trial and error, we fine-tuned our style together. I think that was the most intense and important time for us and for Forlane 6 Studio. 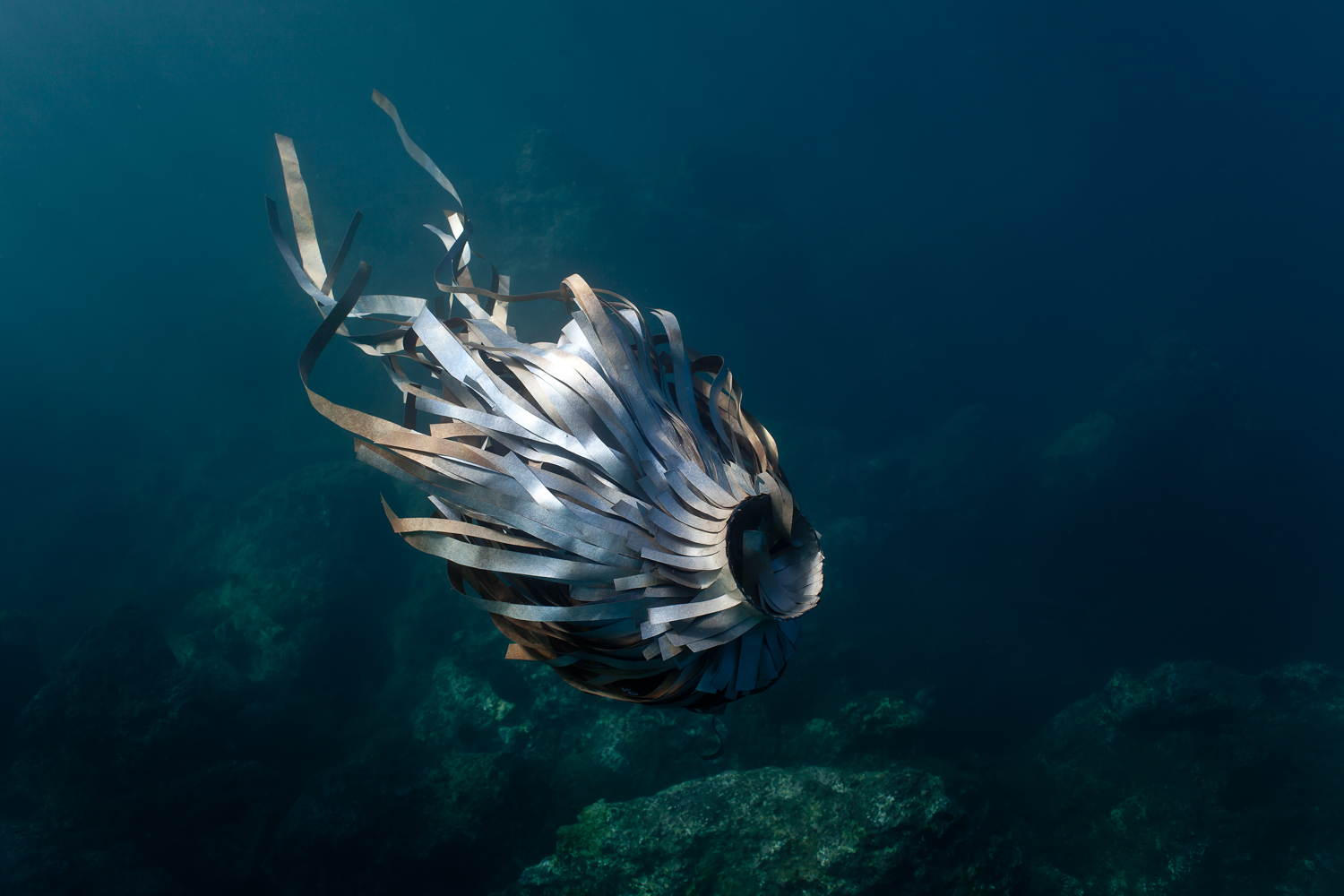 Posidonia #3 (2014)
Posidonia oceanica is an organism unique to the Mediterranean that has the ability of vegetative reproduction, which is a form of asexual reproduction. Posidonia, which can maintain and reproduce its genetic pattern individually, has reproduced its exact clone for thousands of years. Beyond generations, they also have a large information capacity to pass on complete gene information. However, one theory states that there may be cell variations that cause change during the process of reproduction. Forlane 6 Studio has taken note of the errors that can happen during the cloning process through their Posidonia series. How does pollution affect the reproductive process of Posidonia? How will Posidonia adapt to a changed environment due to pollution? With the Posidonia series, Hortense and Mathieu have created imaginary marine organisms with every day items like paper and plastic combined with a thin tape-like material: colorful and beautiful creatures with seaweed growing on them in the shape of bowls, plates, tables and chairs. How will they invent new DNA to adapt to their rapidly changing habitat and attempt to pass on their legacy? The Posidonia series is installed on the ocean floor by Forlane 6 Studio while they dive. Their shapes constantly change with the ocean currents and changing sunlight that streams down through the water. A universe of their own emerges underwater… and will surely begin to expand. 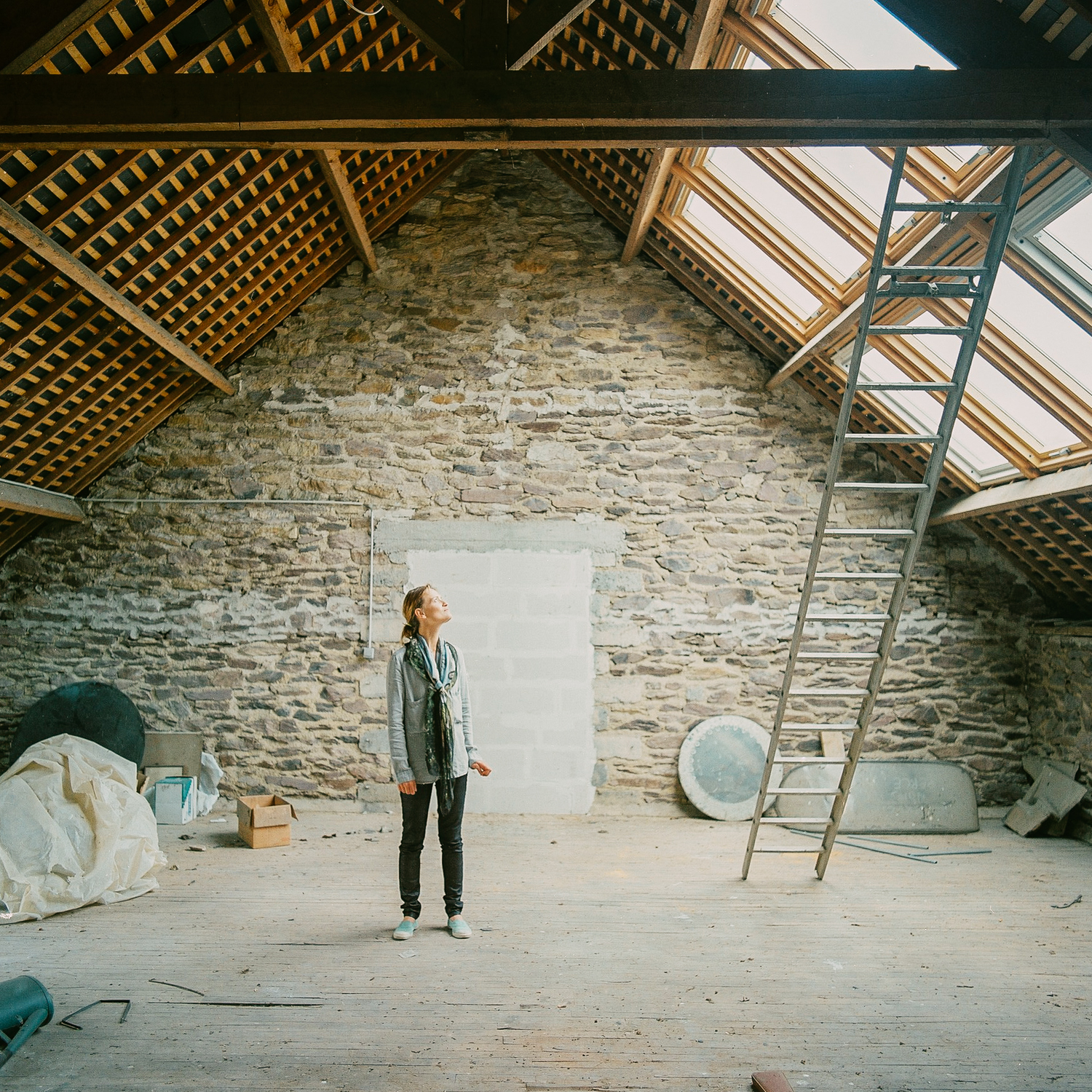 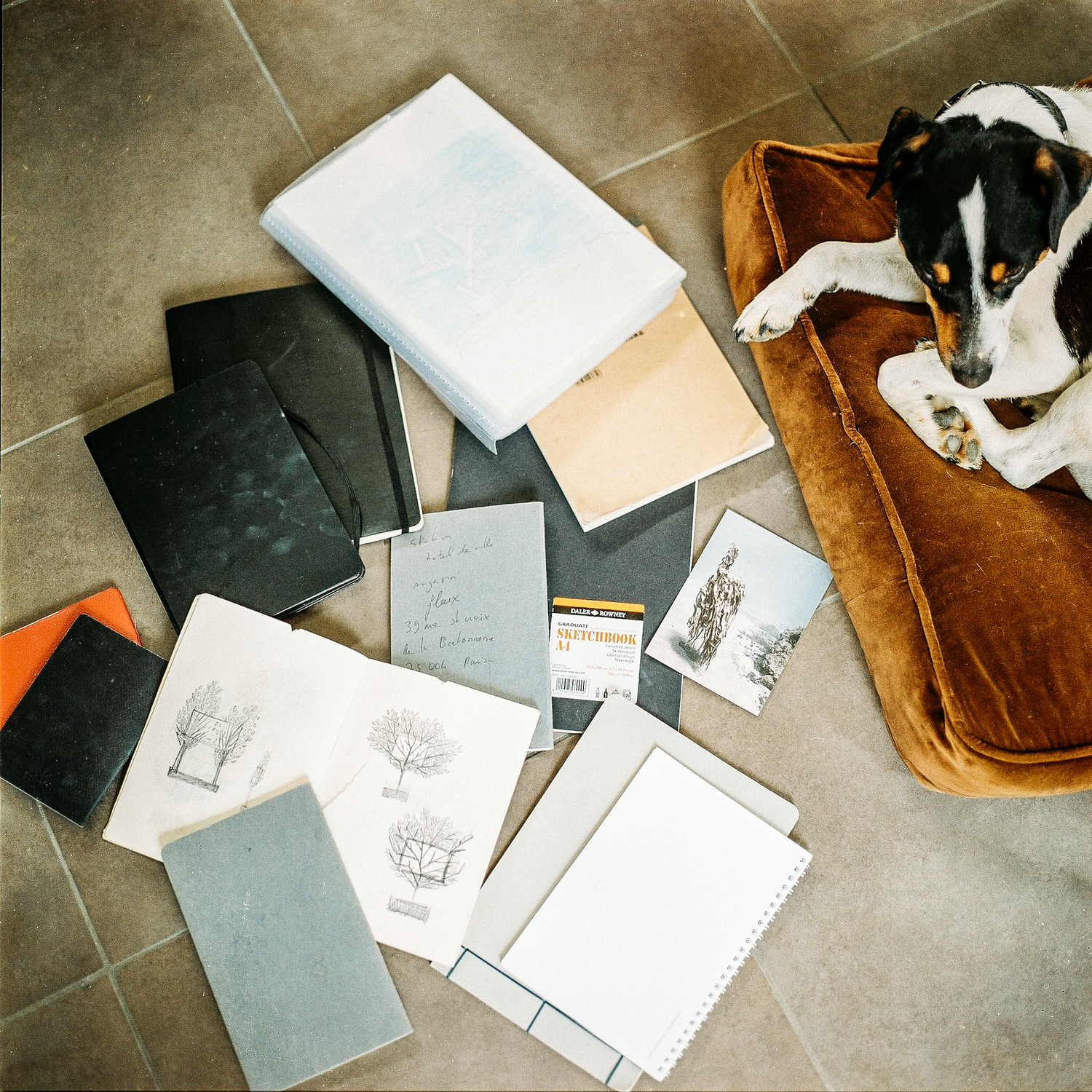 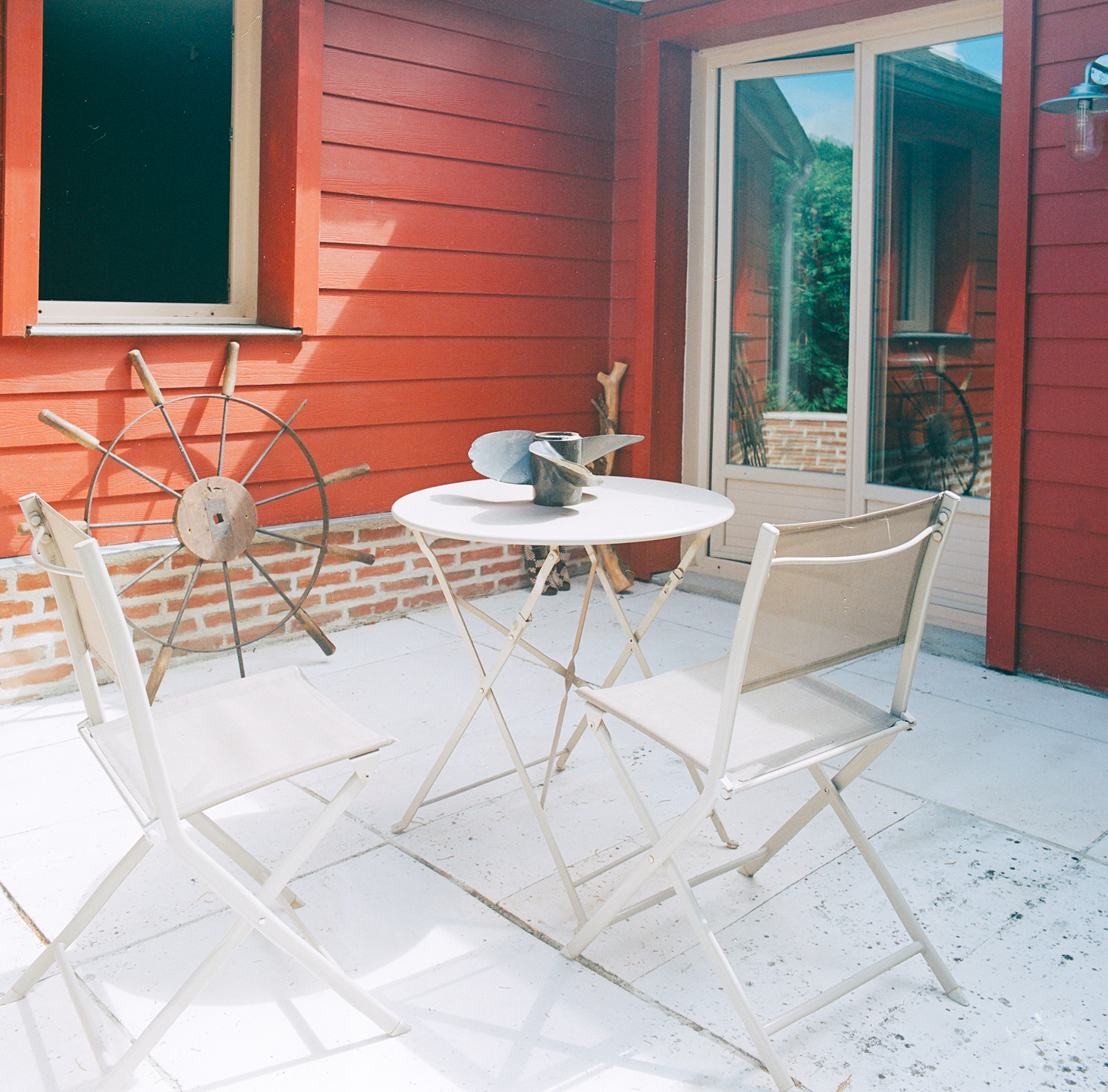 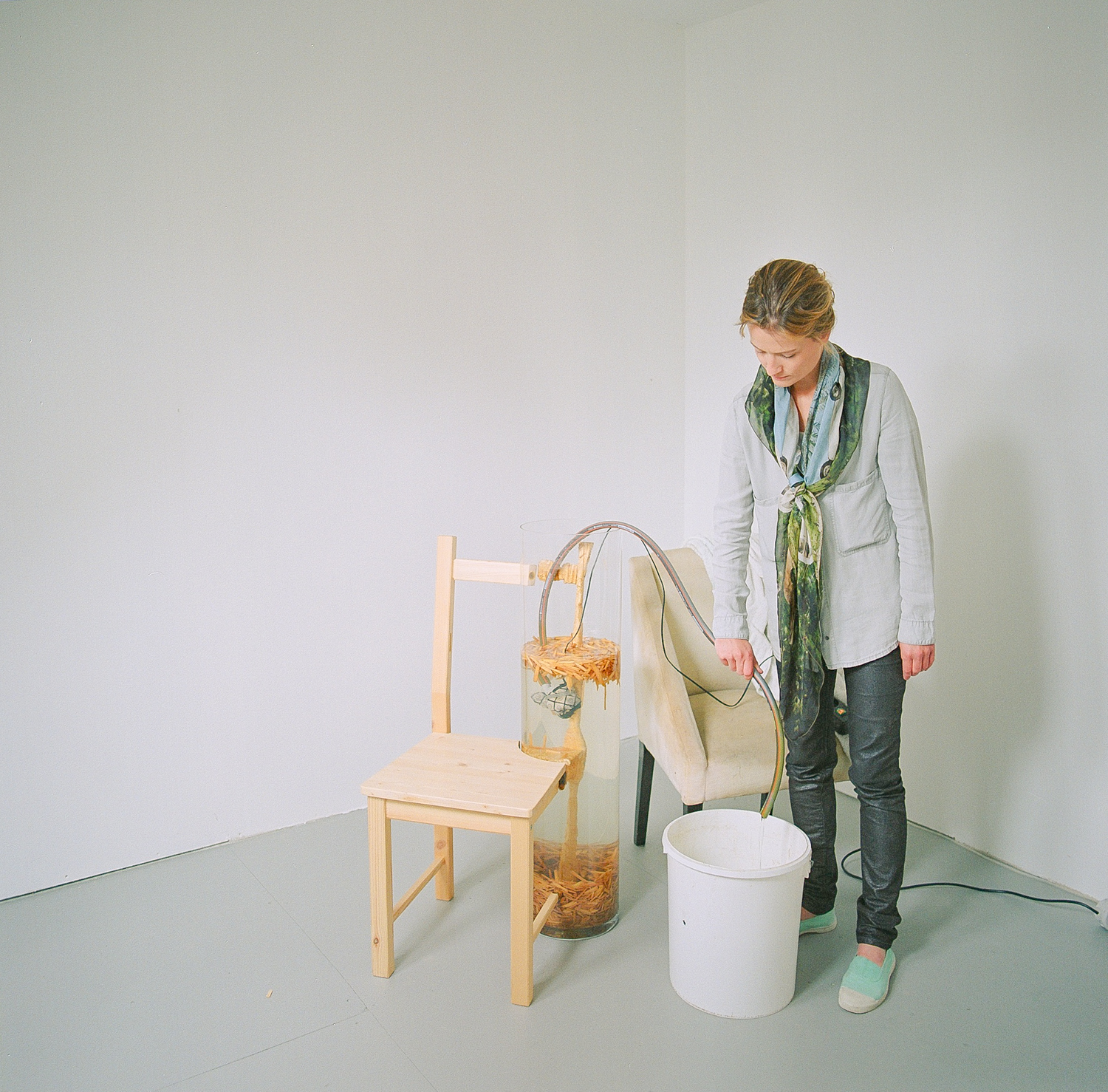 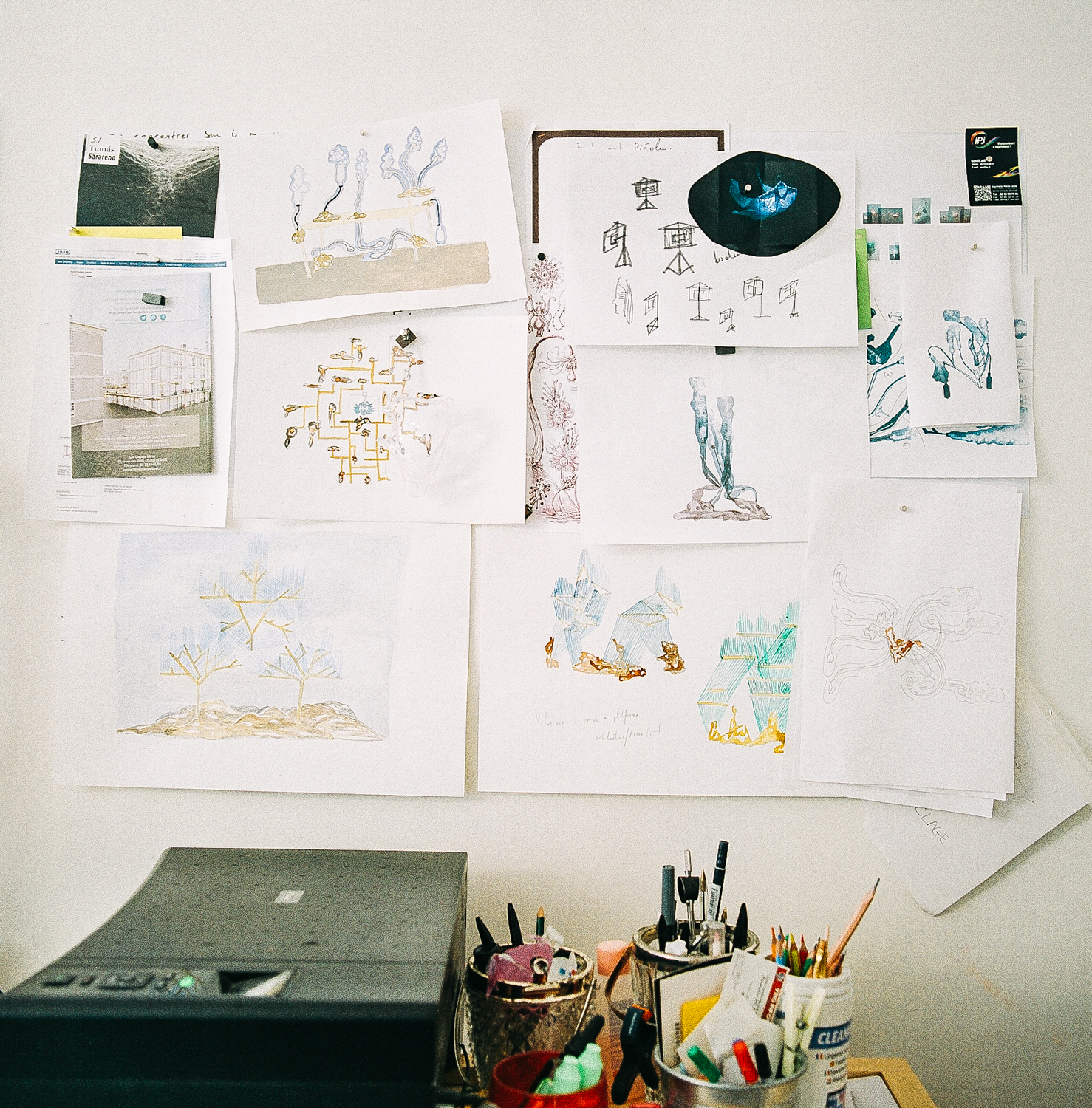 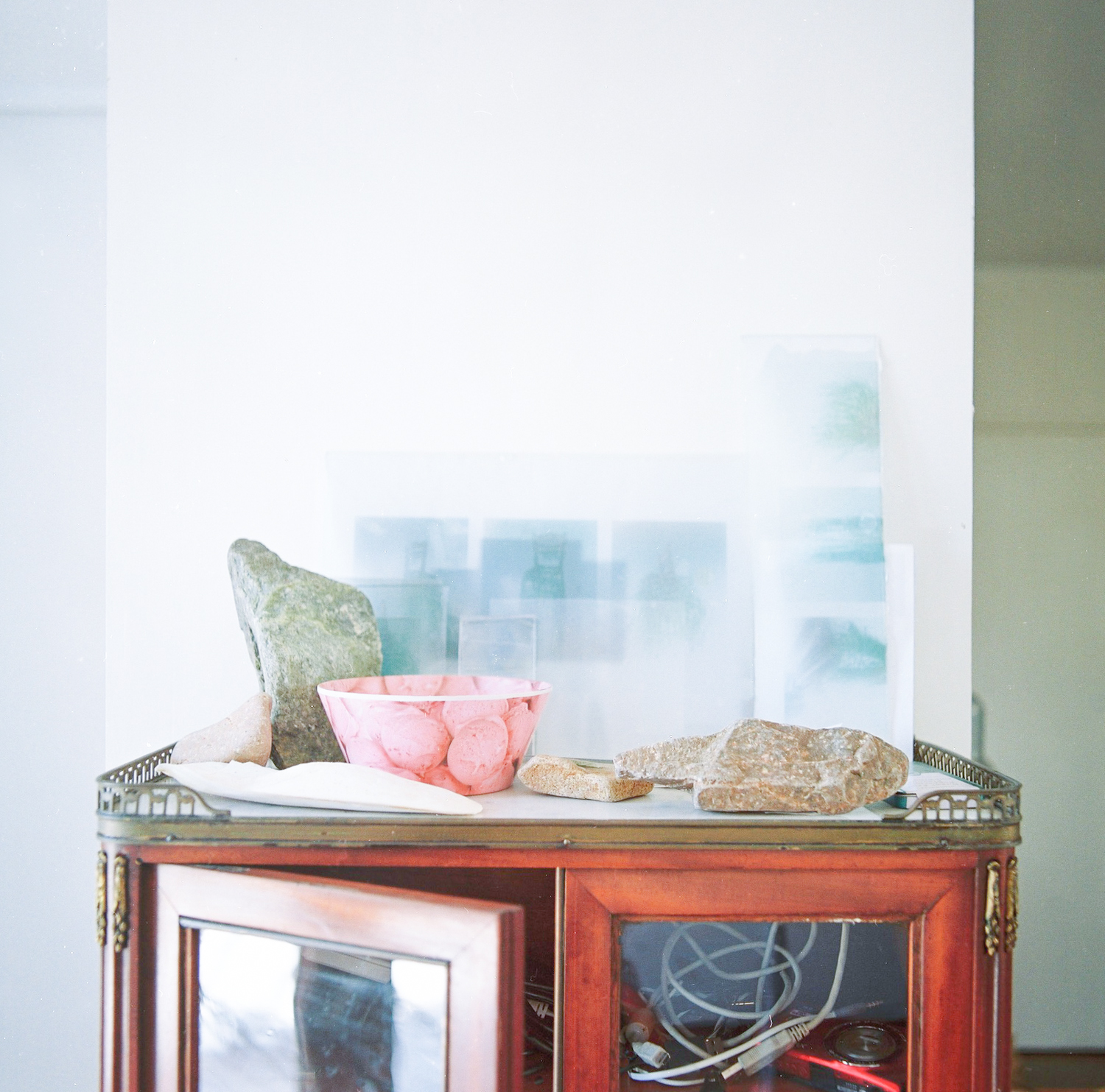 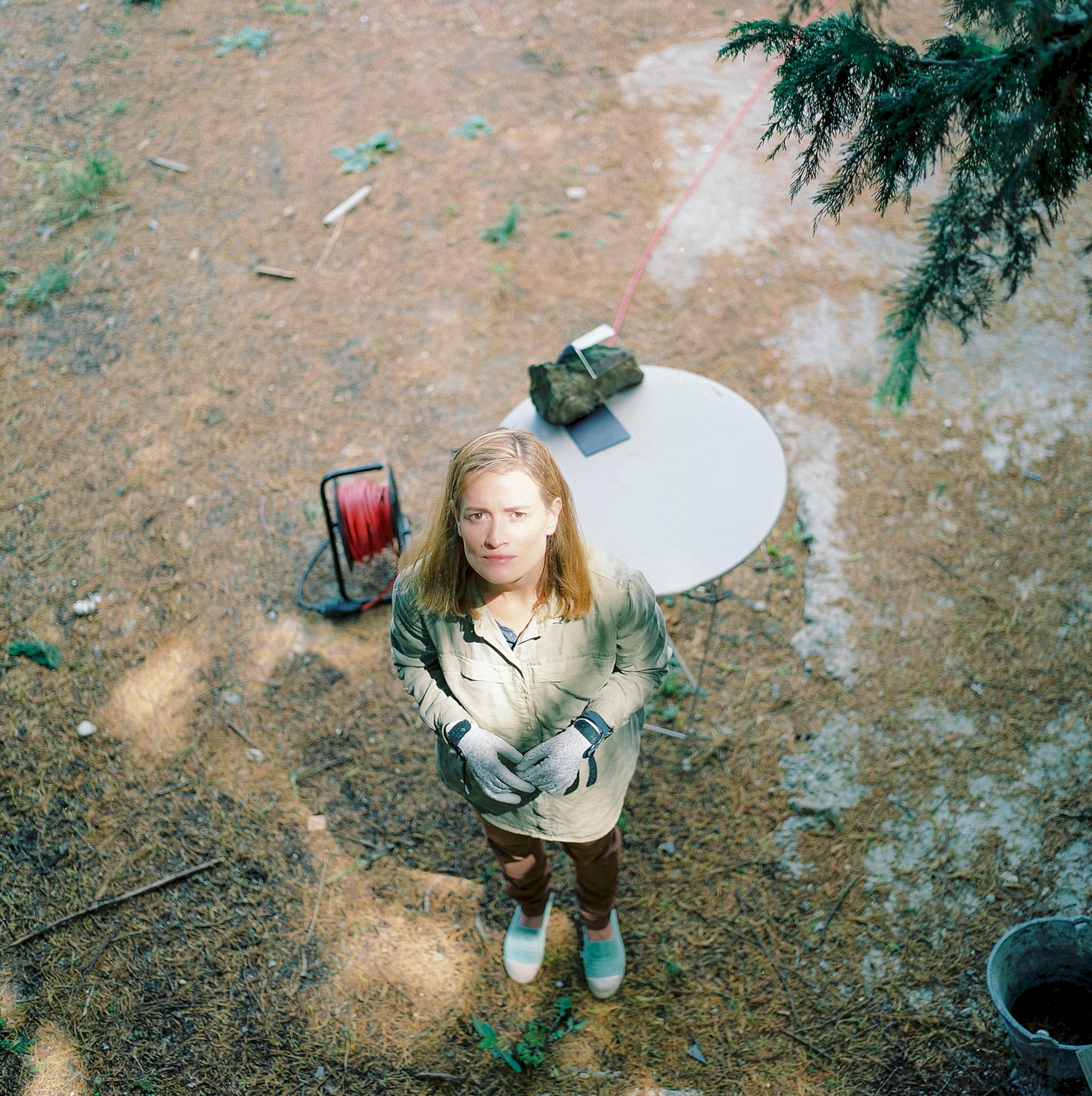 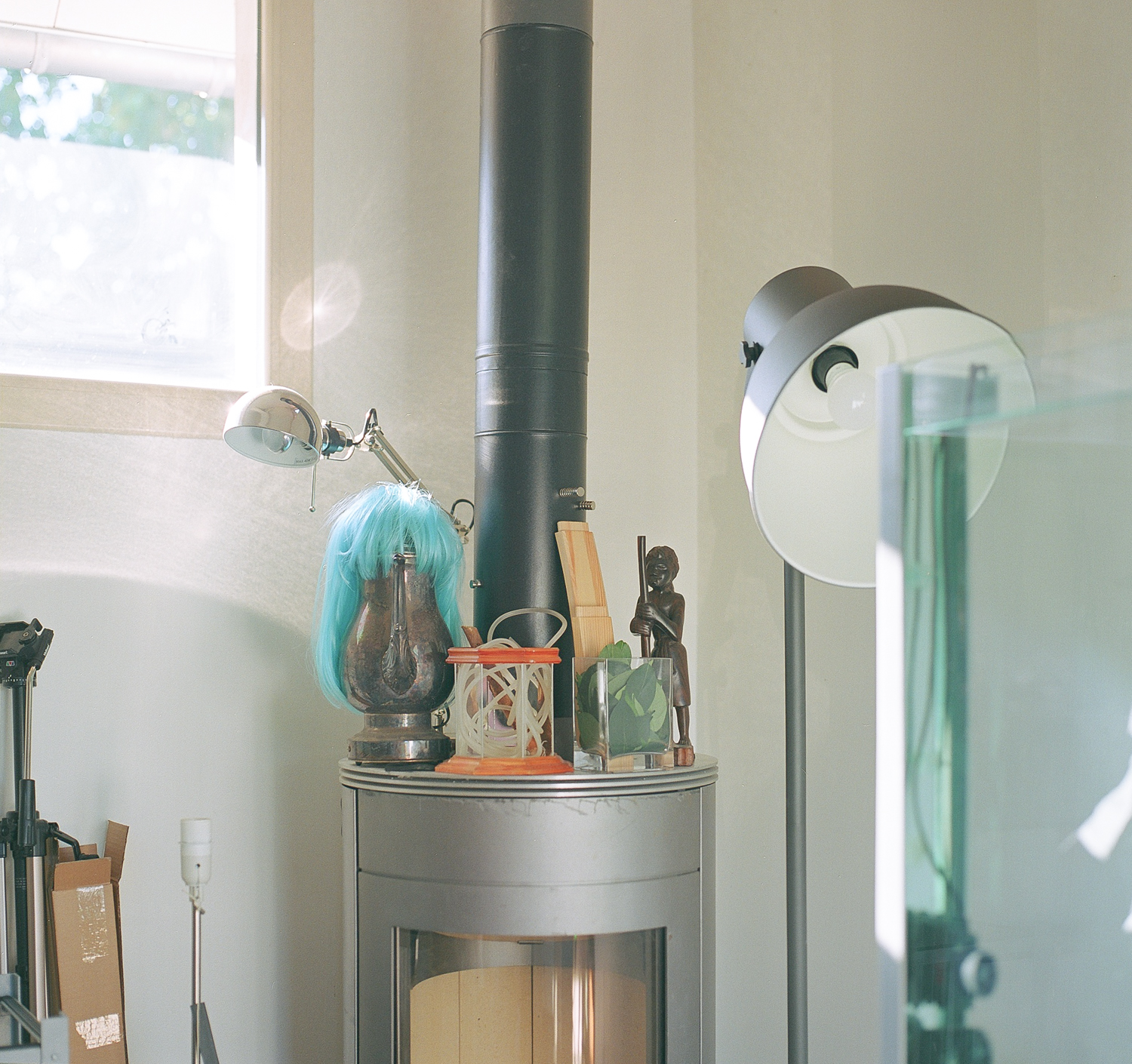 FORLANE 6 STUDIO
Forlane 6 Studio is composed by a duo. Mathieu Goussin was born in 1985, he studied at the National School of Merchant Navy in Marseille and has worked many years in the merchant navy industry before engaging with a visual art practice. He is a self-taught artist. Hortense Le Calvez was born in 1988, she studied at the Rietveld Academy of Amsterdam and graduated in 2010 from a BA at Wimbledon College of Art of London. She is also a scuba diving instructor. They both live and work on their 40 years old sailing boat, named Forlane 6, currently based in the Aegean Sea.
http://forlane6studio.com