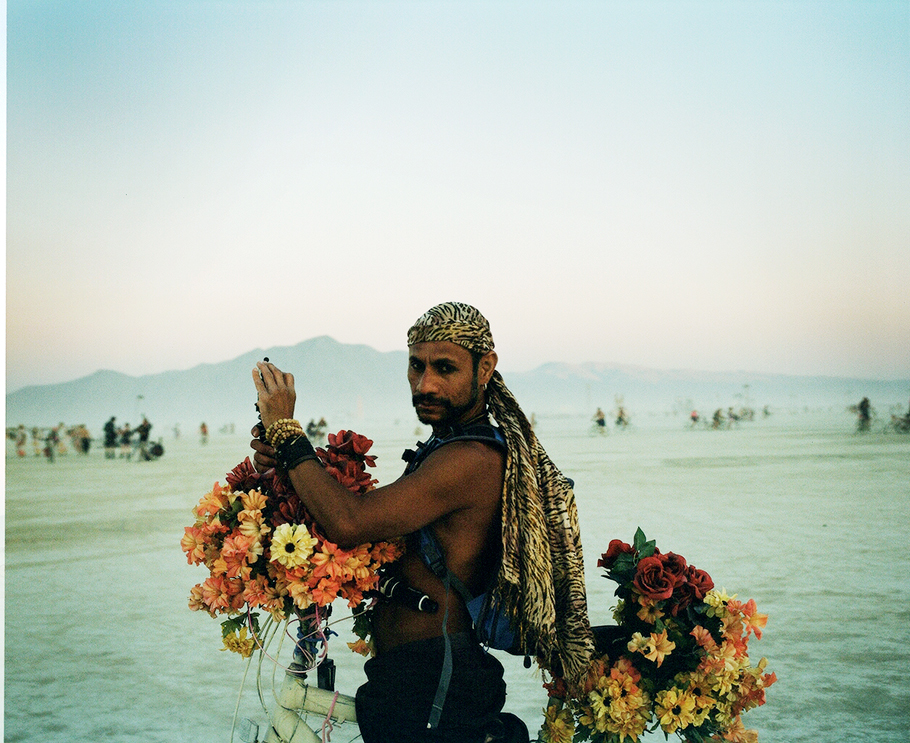 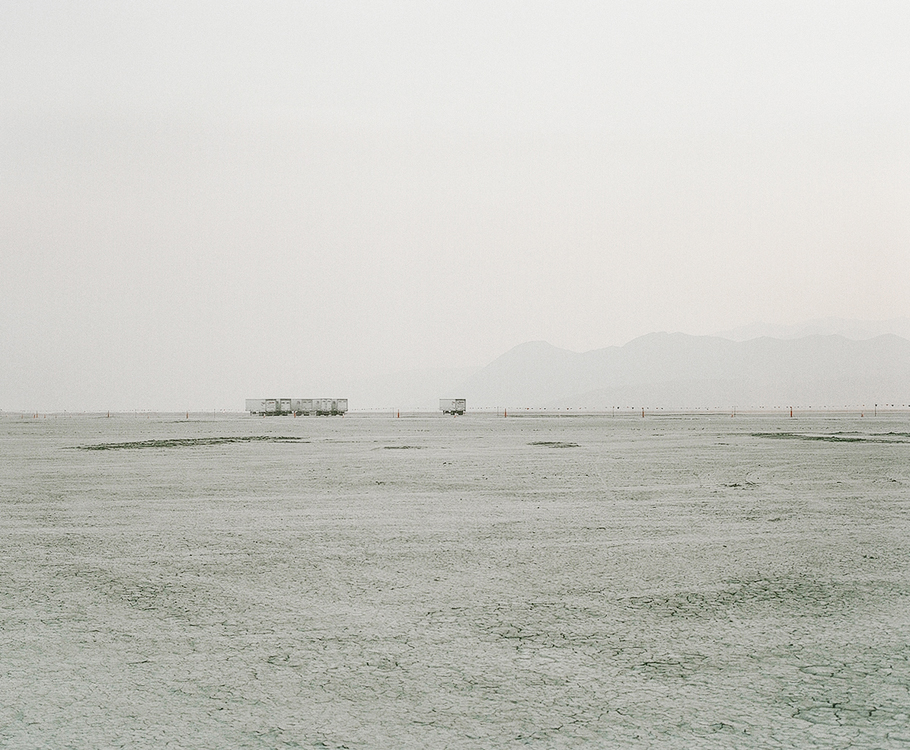 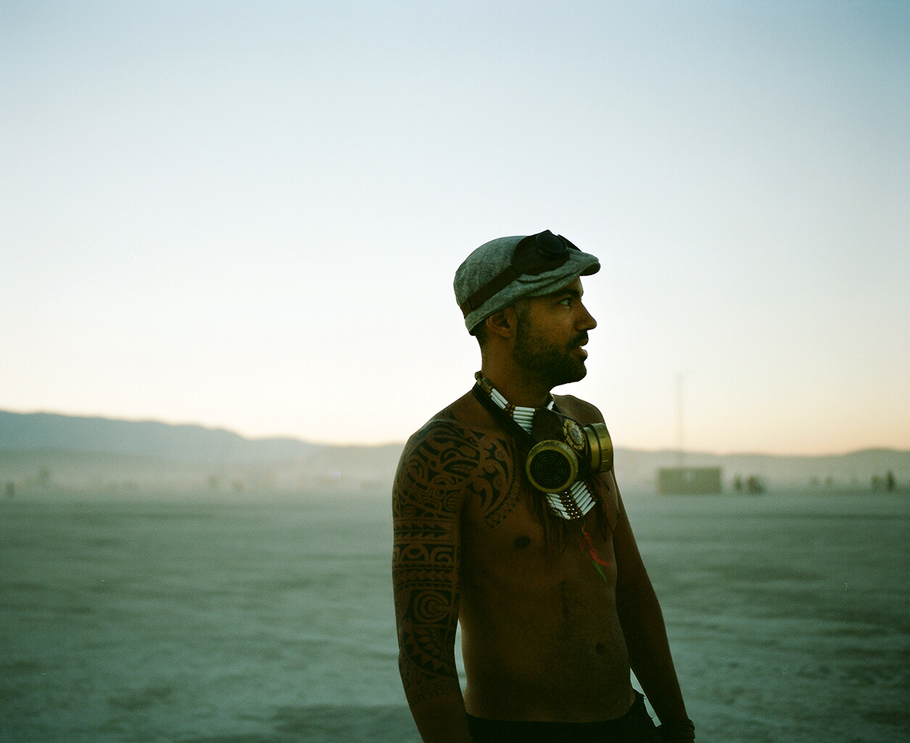 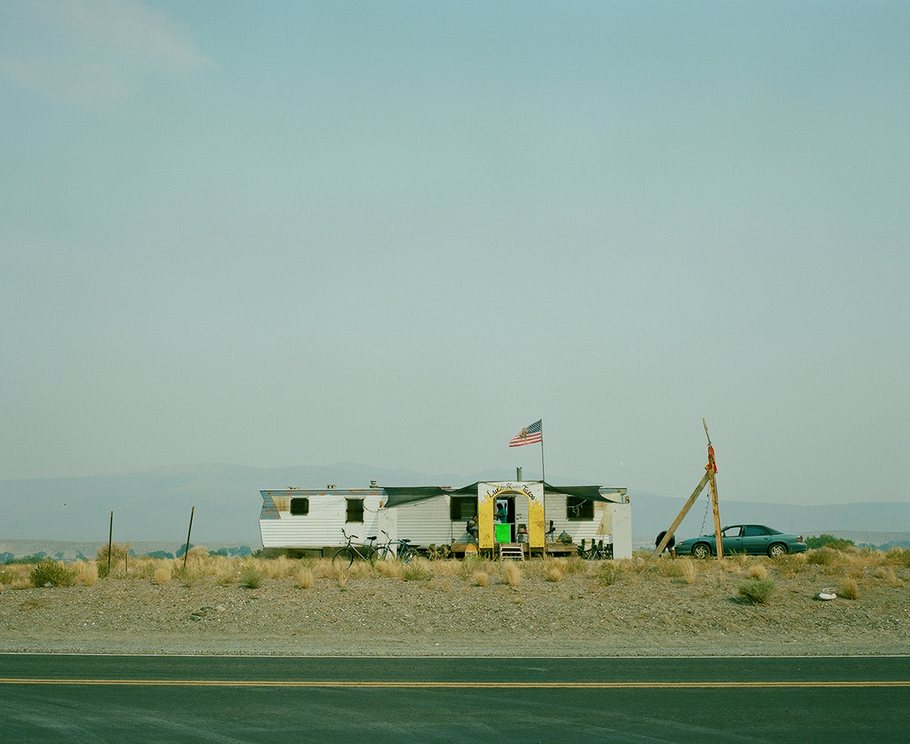 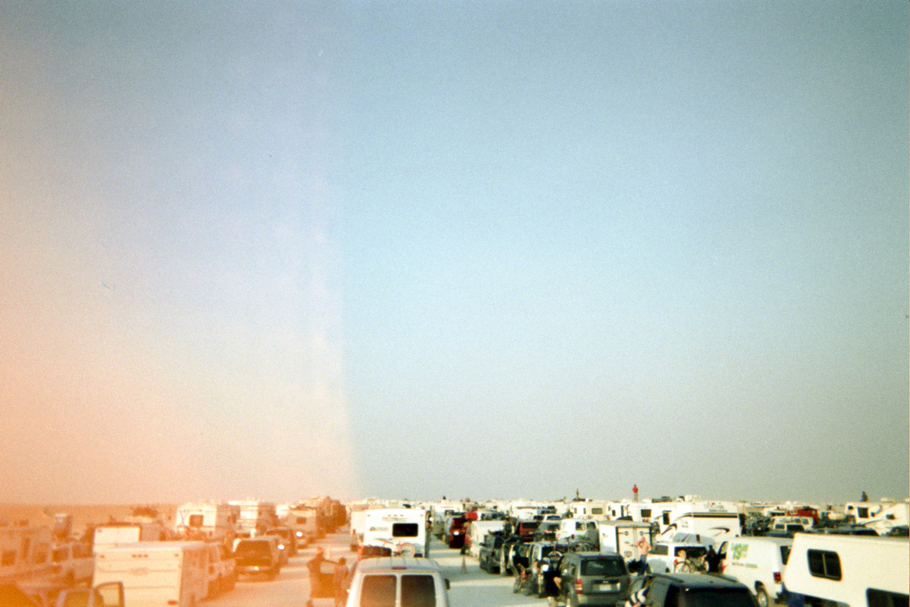 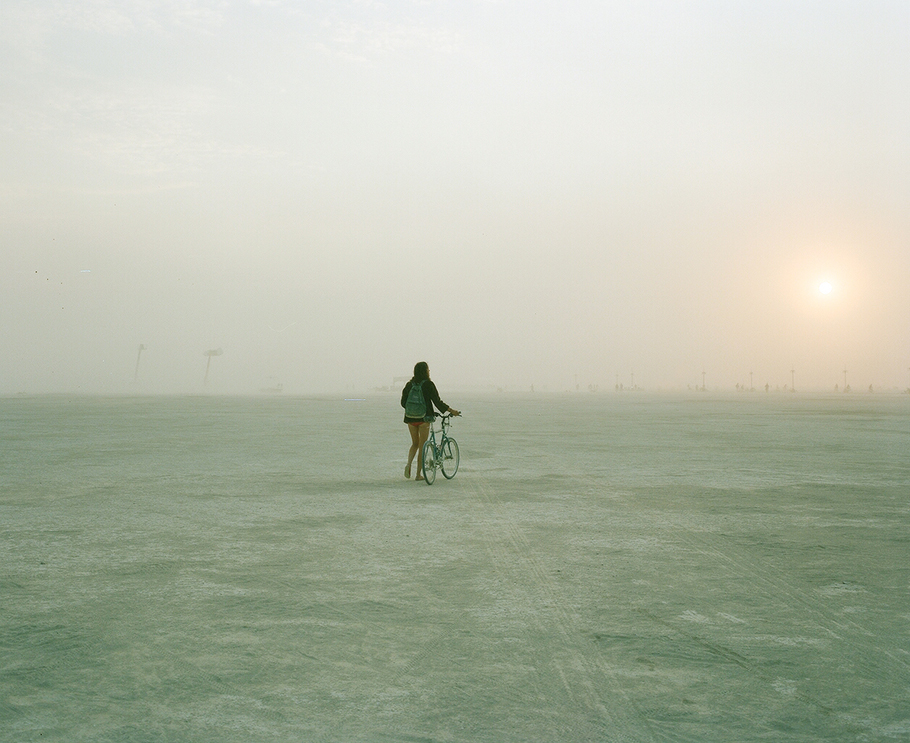 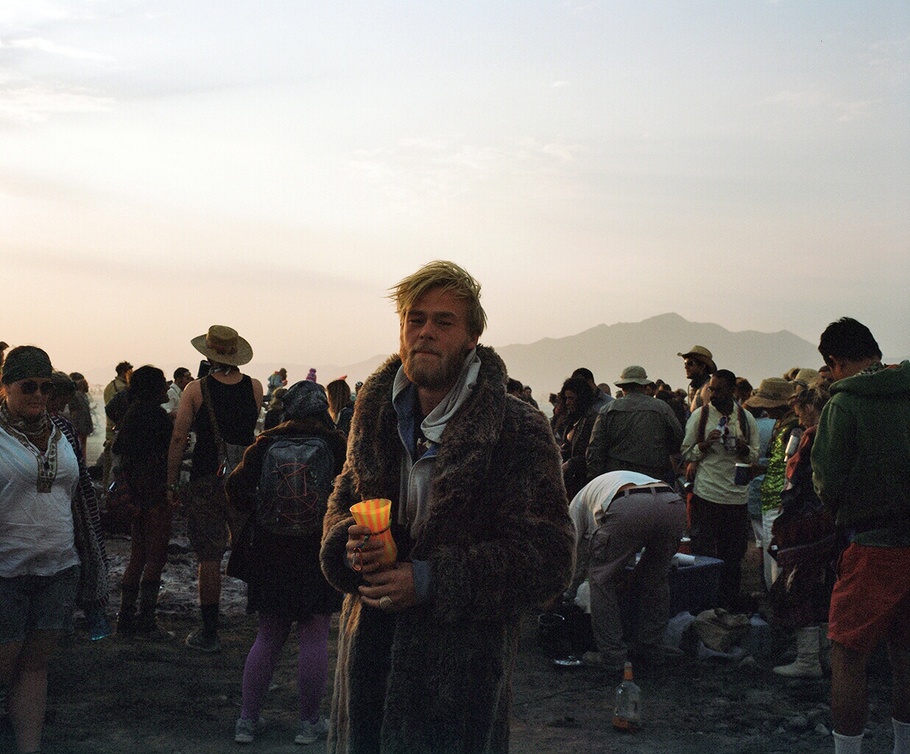 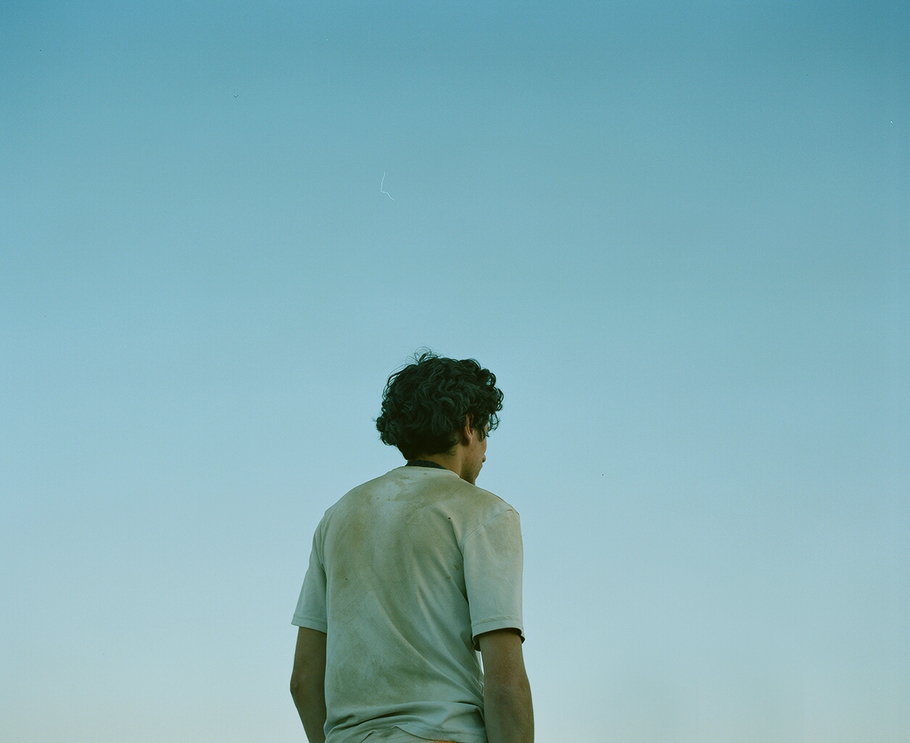 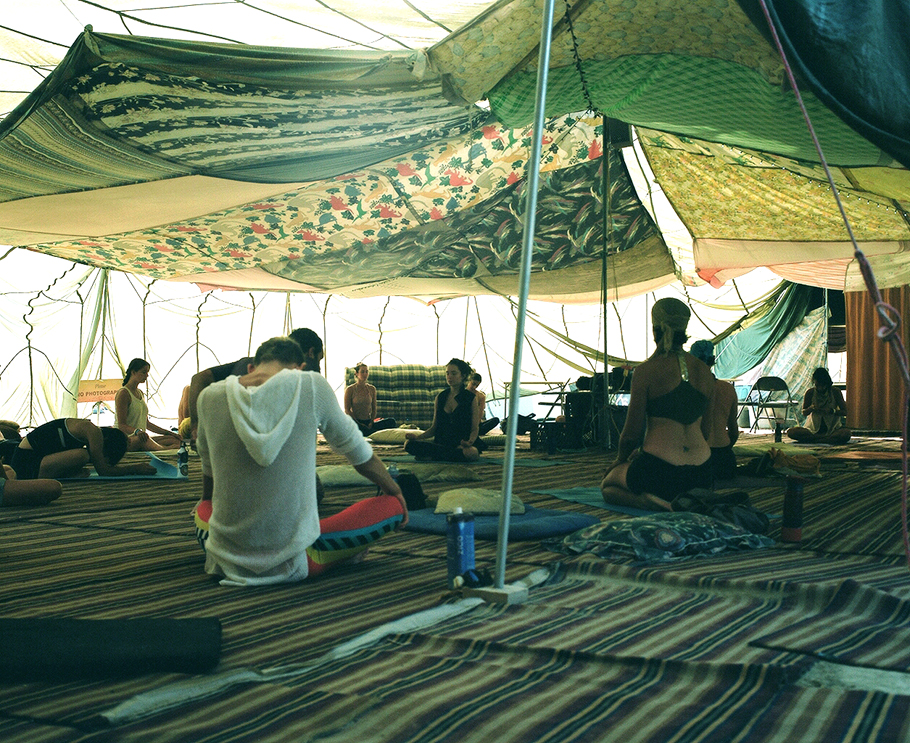 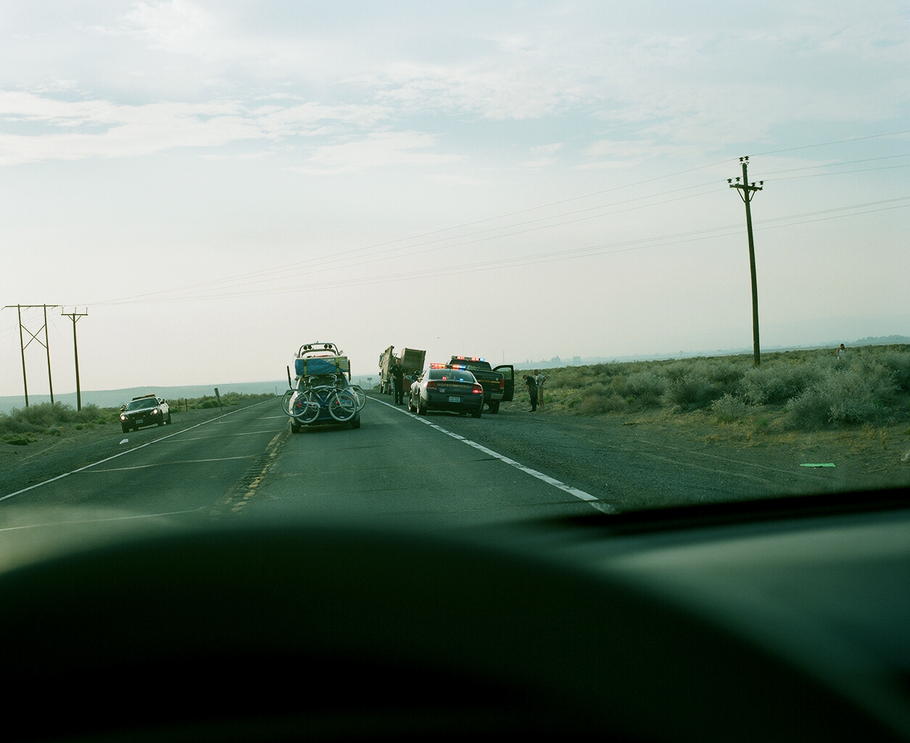 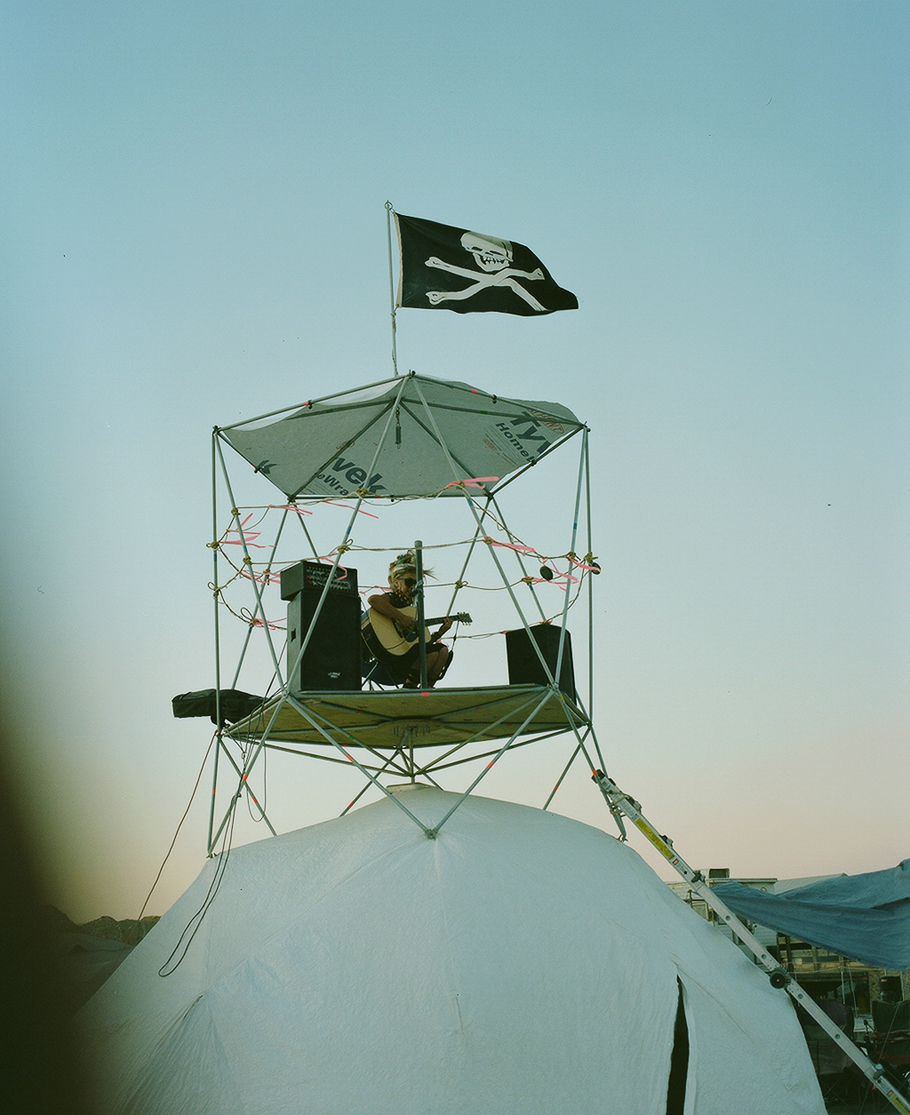 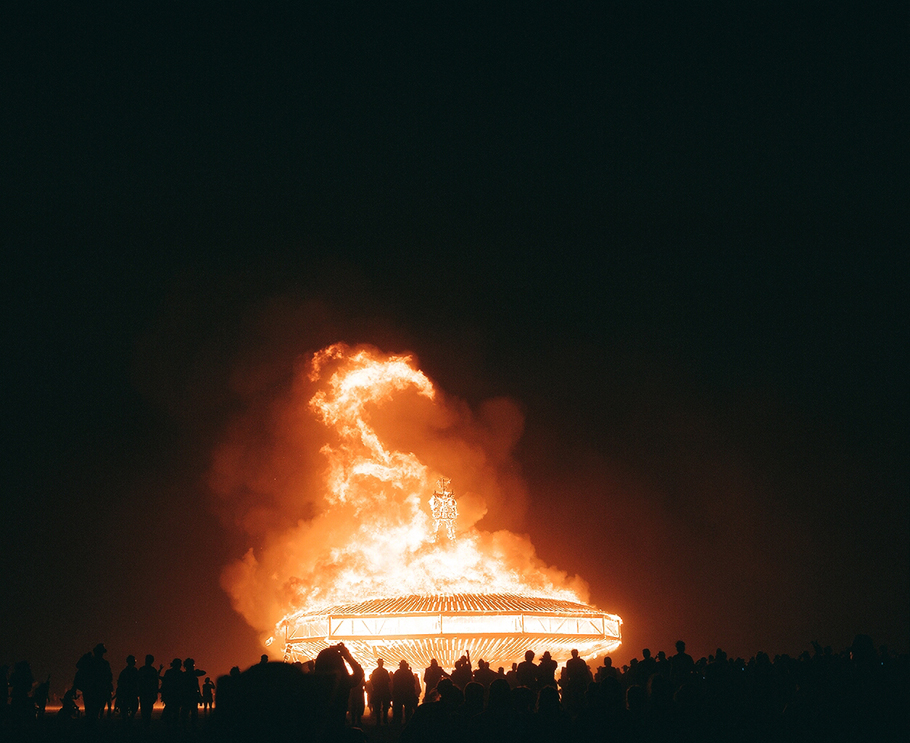 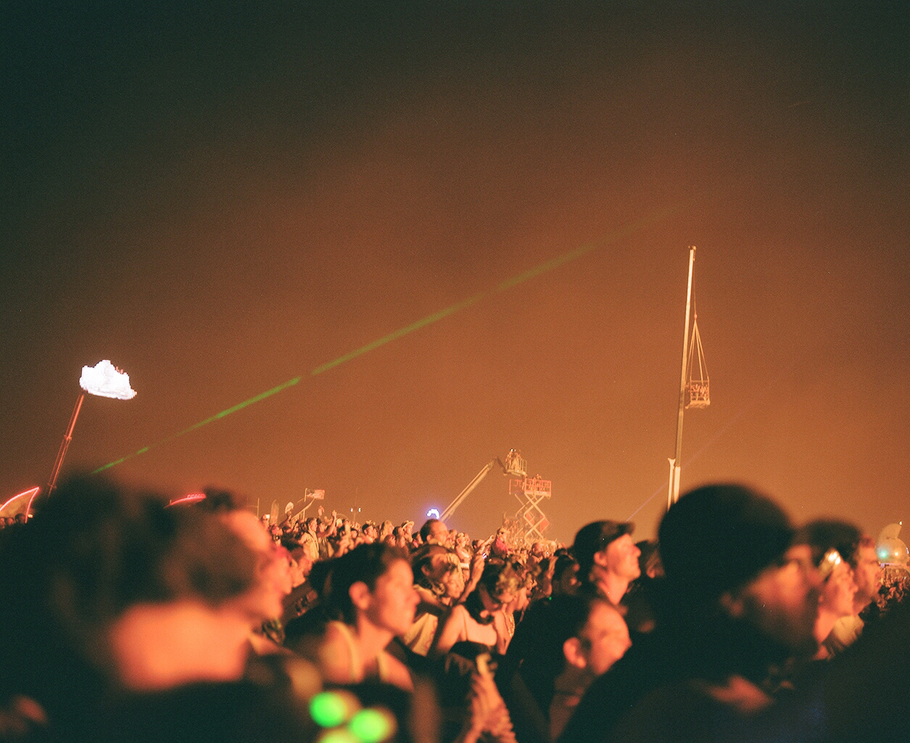 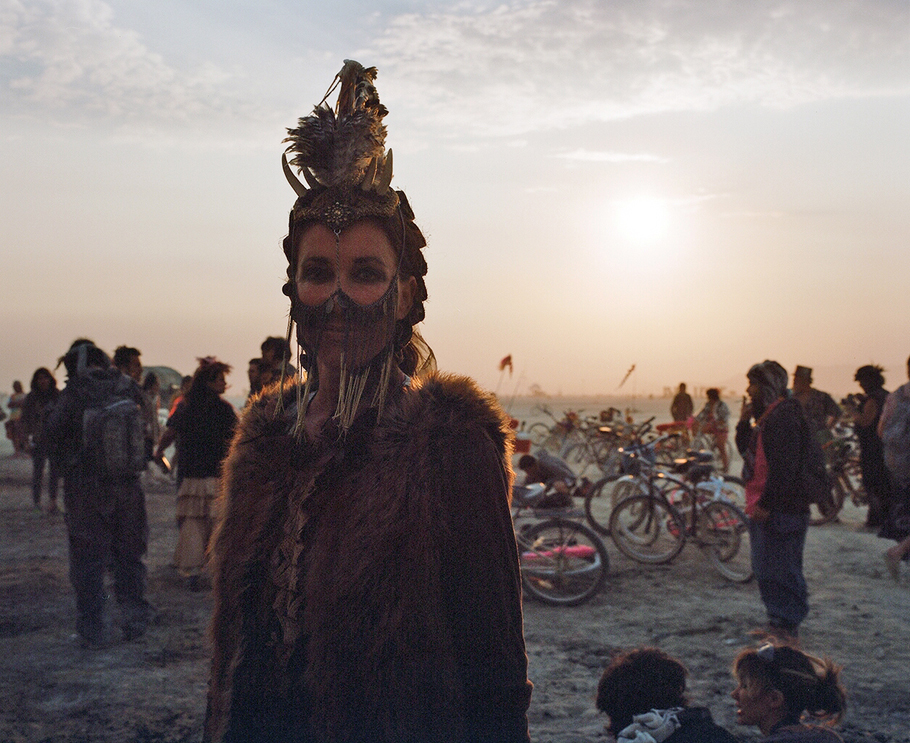 Heading for northeast, driving on Route 80 for about 4hours, suddenly small casino city appeared just in front of us from the sandstorm. To this deserted town where is close to a venue for The Burning Man, “Black Rock City”. Numberless participant riding on huge RV frantically rushed into Walmart for provisions, tons of water and camping supplies to survive in the desert for a week. This makes me feel like the day before the world extinction.Aug26 to Sep2 2013, Burning Man 2013 has been held in Black Rock desert in Nevada, USA. The tickets has been sold on Official web site about 6 month ago, and about 68,000 participants from every part of the world assemble to live together cooperating with each other within severe weather of desert. People would be as a citizen of The Black Rock City which exists for just one week. In The Black Rock City, using any currency is prohibited except the purchase of ice for keeping food cold or having some coffee at cafe. So you would be part of the infinitely liberal and creative community that exist nowhere but in this desert.The symbol of The Burning Man 2013 which theme is “Cargo Cult”. The Man towers on enormous wooden pedestal modeled on a UFO. Furthermore there is the sacred place where people pray, called “The Temple of Whollyness” comes into sight when you walk toward north from The Man. This huge, beautiful architecture is designed by Culver City, LA based artist Gregg Fleishman, is constructed with using innovative building techniques. Unbelievably, this amazing trigonal pyramid is crafted completely out of geometric interlocking wood pieces that fit together without the use of nails, glue, or metal fasteners. Heading to this temple, The Lamplighters go in procession from the center camp which have been an important part of Burning Man almost as long as Burning Man has been held in the desert. Burning Man’s fire activity “FIRE CONCLAVE” is ceremony that expands to encompass the spirit as well as the body and mind. AMBIENT DRUMMERS rolls primitive beat that you’ve never listen to is just wonderful and spectacle. The viblation tie all the people to people in the desert and purify corrupt sprit. Finally it arranged the incredible climax of The Burning Man.A large number of art installations, such as 70 of official installations, 24 of CORE(Circle of Regional Effigies) which comprised of wooden sculptures created by Burning Man Regional groups from around the world and the vast majority of art installations made by not funded artists, are held in The Burning Man every day and night in a week. Introducing some of them, the huge installation of typography “BELEAVE” is essential one. FairFax, VA bace artists Laura Kimpton and Jeff Schomberg have been showcasing their Large Word Series at Burning Man for the past 4 years. Sculptor Bryan Tedrick and Glen Ellen from CA created huge, beautiful shape of steel sculpture “COYOTE” which echo through desert. Furthermore, just look like the UFO failed on desert sculpture, “Crash Site ALPHA_13” is made by Aphidoidea from LA, Sculpture which 12 foot high pair of wooden hands raising up toward the sky created by Dave Gertler from SF. The French CORE project for 2013 is called “Stairway to Heaven” which is beautiful streamlined French castle that I have ever seen. Those creative monuments keep surprising me with their sophisticated design and quality then I respect them greatly.My wife and I spent timidly first night in delicate camp listening to electro music loudly played from near and far. There supposed be star-spangled sky above the Black Rock desert usually, however, sky wouldn’t go dark until just before dawn by laser beam and flame from innumerable theme camps, mutant vehicles and Burners frenzies.A nationality or race doesn’t mean nothing, the Burners are just being happy to be and seeking pleasure in this desert. What extraordinary world here is! You could move from one camp to another, you could dance just in front of the giant sound system until dawn, you could have a one night stand. There are man who goes down and gets cramp, who are wandering separated from the group in the playa early morning. There is no rule how you spend in the desert. Just one thing you have to remember the word “Don’t be a Spectator”.