“It’ll be fine for you soon.” Eating phad thai from a booth, Lee began talking to me – I hated the grotesque picture printed on a Thai-cigarette box. Lee, working as a free-lance designer, left Bangkok and learned about animation at Melbourne for some years. She returned to Thailand in 2010 and met Thomas, a French whose genealogy has worked for commerce in arts, at a café where the Thai artists got together. Then, she touched his passion for art and hit it off with him. Back then, Since the summer, 2012, Lee and Thomas have started “Speedy Grandma” in order to support the domestic and foreign artists in Bangkok originally. The first floor is a gallery and bar, the second is used for rental ateliers and design studios, connecting directly with an airy terrace. The terrace is full of artists who visit and leave here by and by continuously. I asked about some drawings in the studio which attracted me. Lee said, “They are my work. The motif varies from friends to neighbors. I connect them with something they stick to.” Her art with light atmosphere and clear coloring – the characters which are a little malicious but adorable – may get popular among Japanese. “Observable Universe,” an anthology collecting Lee’s work, published from Erm Books in Melbourne, we can enjoy Lee’s unique worldview – the theme is attributed to a connection with another world – where people and celestial bodies exist together. 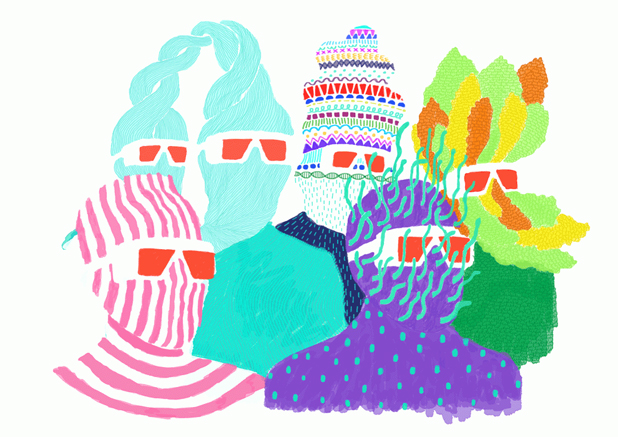 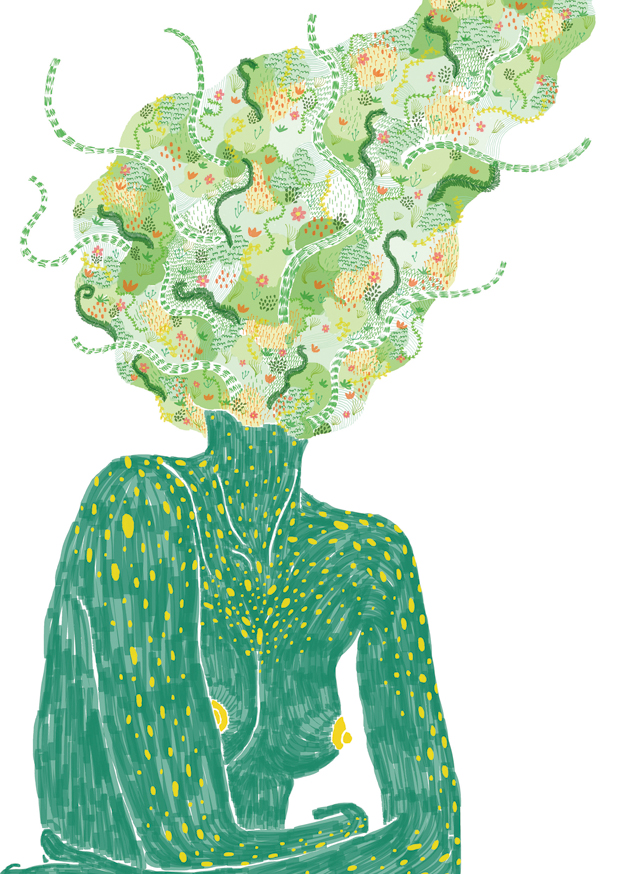 Unchalee “Leee” Anantawat
Born in 1982. A graduate in graphic design from Chulalongkorn University.
graduated a Master of Animation and Interactive Media at RMIT, Melbourne.
http://www.unchalee.com